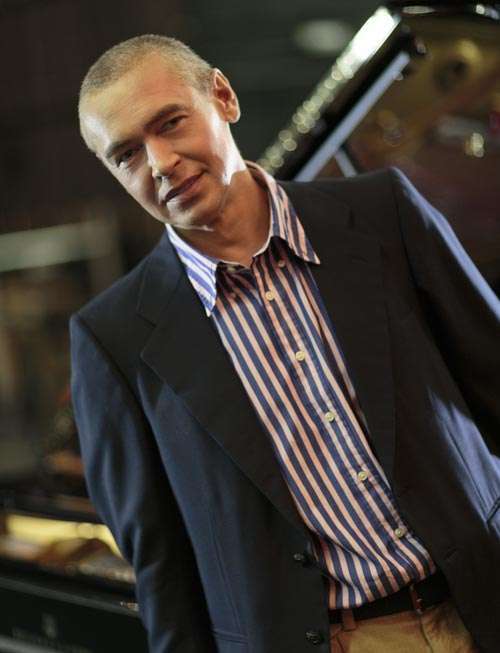 It was on 25 October 1999, at this venue, when Ivo Pogorelich gave a 50-minute (yes, 50) account of Rachmaninov’s Second Piano Concerto, the Philharmonia Orchestra and Alexander Lazarev remarkable in supporting his snail’s-pace view of the piece that unfortunately lost interest long before it was over … but it was memorable! Similarly, much of this Royal Festival Hall recital, a rare London appearance for Pogorelich, will stick in the recollection, if again not always for the best of reasons.

Playing throughout from the scores, a page-turner by his side, the Belgrade-born Pogorelich opened with Liszt. The ‘Dante Sonata’ was immediately commanding and potent, but the sound of the piano was often brittle and unattractive, the treble of the instrument not always in-tune – also pinging – and despite Pogorelich’s devilish playing (with portents of transcendentalism) there were also features that were awry, not least imbalanced chords, a lack of intensity and a sense that he was doodling with the music. Swings and roundabouts – extremes of tempo and volume, and yet also a real force of personality at work.

Wrong notes and technical inelegance beleaguered Schumann’s C-major Fantasy, seeming here to be less of a masterpiece than it is. Pogorelich opened it in muted and moderated tones, ruminating if attractively intimate, yet sometimes with over-emphasis. In the first movement lingering and impetuosity were made much of, if more of the ‘chopping and changing’ variety, and some episodes hung fire. The determined march of the second movement could be slapdash (very poor trills) and laboured, yet at other times Pogorelich really went for it, accelerating, with success, yet the slower middle section was so rubato-ridden as to be shapeless. As for the moonlit finale, this was freely interpreted, rarefied if with little sense of direction, ultra-smooth, unbelievably rapt and ‘distant’ at times, but ugly-sounding in climaxes, fingers not always landing where they should. This 37-minute account, played straight through, was as perplexing as it was enlightening.

Part two of the recital – possibly with a technician doing some repair work during the interval, for tuning was better and other mechanical gremlins were fewer – brought the worst and best of Pogorelich. The Petrushka arrangements that Stravinsky made for Artur (Arthur) Rubinstein from his ballet music, pieces hugely challenging on technique, were hard-edged and accident-prone. Just occasionally a ripple or a scale made a picturesque effect, but Pogorelich’s awkward and halting approach, tempos measured, gave the impression of something as-yet unready to present to the public. He struggled and offered few compensatory insights along the way. ‘Petrushka’s Room’ was wayward, and the finale, ‘The Shrovetide Fair’, was bull-in-a-china-shop thrashing about.

In Brahms’s Paganini Variations, both Books, the Theme was indeed capricious, as it was when Pogorelich played it again to commence Book Two. Brahms’s ingenious and wide-ranging commentaries gave ample notice of Pogorelich’s potential for genius, save there were moments when his body-language suggested his own displeasure or weariness or even a suggestion that he had no wish to continue. He did though, and if he was arbitrary with repeats and sometimes strenuous when faced with pages black with notation – at other times he was easeful with such thickets – there were instances when we hang on his every phrase, so affectionate, poetic and inward was he, dynamics sometimes pared to an ear-grabbing ppp or below.

If the evening as a whole was curious, it also proved unmissable, for the sort of individuality that Pogorelich displayed – however flawed or revelatory it might be considered by any one person – is not to be gainsaid: certainly never ordinary if patchily extraordinary. It’s difficult to relate where and how Pogorelich, now 56, has currently reached. He was acclaimed here in the Royal Festival Hall, although he was rather remote to the reception, continuing to clutch his Brahms copy on each return, with never a suggestion he would give an encore (indeed he made a point of kicking away his page-turner’s seat, and this had been a demanding evening for both performer and listener; exhausting in fact). And then one remembers some of Pogorelich’s Deutsche Grammophon recordings – Prokofiev and Ravel coupled, and a selection of Scarlatti Sonatas, for example – and wonders how such consistent greatness has now become so unpredictable. At no point did it seem contrived.