The opening chorus of this “St Matthew Passion”, given in a packed Barbican Hall, turned out to be indicative of the whole. The Leipzig Gewandhaus Orchestra was richly sonorous, but also light-footed and stylish. Riccardo Chailly’s tempo, fairly brisk, had flow and buoyancy. The combined might of St Thomas’s Boys Choir and the Tölz Boys Choir made a glorious sound, and the chorus purred along with a natural sarabande-like grace.

And yet! Where was the sense of mourning, of tragedy and grief? It all seemed too easy, superficial, and lacking essential dark-hued shading. This, sadly, turned out to be the biggest problem with the performance overall. But before dwelling on this, and other deficiencies, there were many positives that should be mentioned first.

Primarily, the choirs: it would be impossible to find two choirs with a better Bach pedigree, and it was an immense privilege to hear them in the work which best shows off their great talents. Clearly well-drilled but never appearing slavishly drone-like, the 80-plus boys relished every note with unflagging energy and commitment (qualities which became even more remarkable as the long evening wore on). Lively, alert, and phenomenally precise, the choral sound was breathtaking. With tenor and bass parts sung by older boys, there was occasionally a lack of depth; but this was more than compensated for by the fulsome brilliance of the trebles. 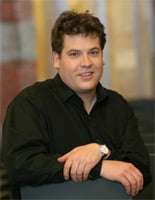 The soloists were a decidedly mixed bunch. Decent contributions were made by Maximilian Schmitt in the tenor arias and Klaus Häger as Pilate, Peter and Judas – both confident and full-bodied voices; but the vocal star was Thomas Quasthoff. His artless accounts of the bass arias transcended the general level of the performance, reminding us that this is music of infinite depth. Though nicely flowing, Chailly’s tempo for ‘Mache dich’ was a fraction too fast for comfort, and his direction perfunctory; yet Quasthoff still managed to give an account that was noble and poised, and which spoke directly and meaningfully.

Sibylla Rubens (standing in at very short notice for an indisposed Christina Landshamer) displayed an engaging, light voice with well-integrated top notes. She blended beautifully in her duet with Marie-Claude Chappuis – who sung the alto arias pleasantly but too softly and with not enough conviction to make much impact. Hanno Müller-Brachmann was an underwhelming Christus, but he sounded relatively strong compared to Johannes Chum, who was completely out of his depth as the Evangelist. Constantly straining at the top of his range (‘Und ging heraus’, following Peter’s denial, was particularly excruciating) Chum’s phrasing was choppy and insensitive, resulting in a highly uncomfortable and unsatisfying experience.

Chailly offered some good ideas: tempos were generally apposite and fluid, phrasing unmannered. But he was too controlling, never allowing his soloists (orchestral or vocal) a free rein. Several times during the evening he stooped to indicate forcefully some minutiae of dynamic or phrasing inches from the face of the singer. And, as the performance progressed, it became increasingly obvious that Chailly couldn’t really penetrate the surface of this intense music. So the final chorus – the deeply poignant ‘Wir setzen uns mit Tränen nieder’ – was unmoving.

It was frustrating that Chailly’s conducting didn’t do justice either to Bach or the sterling efforts from the boys’ choirs and from Thomas Quasthoff – but, thanks mainly to them, and to some lovely orchestral playing, this was still a special and memorable occasion.