Soloists of the Choir of the Enlightenment

Orchestra of the Age of Enlightenment [Matthew Truscott and Alison Bury, leaders] 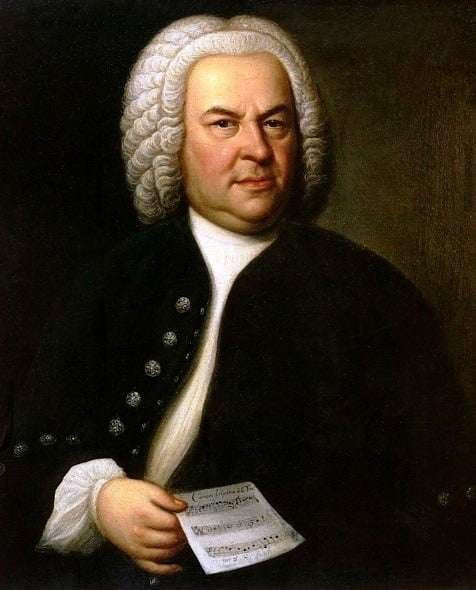 Johann Sebastian Bach never wrote an opera, but he came close in his two Passions and some of his Cantatas. As I was preparing to write this piece, I received an e-mail from an American friend who had attended a ‘staged’ version of the St Matthew Passion in Philadelphia and had found it very embarrassing. This performance in the Royal Festival Hall was not staged but Mark Padmore, who played a pivotal role and was nominally the director, did experiment with spatial effects. There was no conductor but, as the two orchestras were led respectively by the vastly experienced Matthew Truscott and Alison Bury, there was no need for one – after all, Adolf Busch was leading some quite large works by Bach from the first-violin desk some 80 years ago.

Each orchestra had 11 strings in 3-3-2-2-1 formation, with the superb Chi-Chi Nwanoku and Megan Adie taking care of the bass lines. There was no harpsichord, each ensemble having its own chamber organ (respectively Steven Devine and Pawel Siwczak). A certain amount of doubling went on, with Richard Tunnicliffe playing both viola da gamba and cello. Not only did the oboists juggle with various types and pitches of instrument, but the two youngest (Clara Geuchen and Cait Walker) also doubled on recorders. 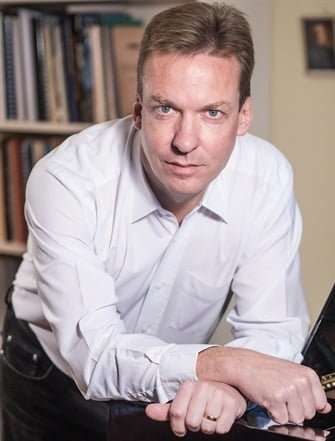 The opening chorus always tells you a lot about a performance of the St Matthew Passion. On this occasion it was moved firmly and unobtrusively along, so that you could sit back and know that nothing was going to drag. The performers had come to the RFH fresh from a presentation in Paris the night before, so everything was well-routined without being routine, a good combination. From the printed programme, I was expecting two choirs of four singers each, but in fact we had 16. We were faced by Stephan Loges, Paula Murrihy, Sophie Bevan and Mark Padmore, while an anonymous chorus of soprano, countertenor, tenor and bass migrated from one side of the stage to the other, according to dictates I did not really understand. I expected Fflur Wyn, Robin Blaze, Andrew Tortise and Matthew Brook to be the second choir but they were in amongst a bank of eight singers who sat on the right-hand side and came out to do their solos as required.

Some things, it seems, never change. Bass-baritone Stephan Loges from Dresden gave us the same warm-voiced, almost cosy Christus that we would have had from Keith Falkner in the 1930s or Dietrich Fischer-Dieskau in the 1950s and 1960s. Various commentators have written of the “halo of strings” that Bach gives the voice of Christus. With ‘period’ instruments, that particular piece of sentimentality does not arise, but purely vocally I did find Loges a bit too much of a good thing. My personal vision of Christ is a great deal wilder. Loges did come into his own in the two arias he was allotted, the one with viola da gamba and the beautiful ‘Mache dich, mein Herze, rein’; and of course he put over the German text with great intelligence and intelligibility.

Padmore’s Evangelist hit the right balance between drama, narrative skill and beauty of enunciation; and he handled his arias sensitively, especially the one with James Eastaway’s oboe and the chorus (my first experience of this lovely passage came via Walter Widdop’s 78rpm disc with Léon Goossens). The soprano arias were beautifully taken, mostly by Sophie Bevan, with Fflur Wyn also taking her turn.

Most of the alto arias were allotted to Paula Murrihy, a statuesque Irish mezzo-soprano who is a very fine singer with a lovely voice but, I almost hesitate to mention, not the contralto that is needed for this work. In any voice category, the singer should be able to handle the low notes as well as the high ones; but today, it seems, we are constantly fobbed off with singers who, for all their valuable accomplishments, have to reach down for the low notes. We would not expect a violinist’s tone to die away on the G-string, or a cellist’s on the C-string. This problem became even more acute when Robin Blaze stepped forward to take one aria. He is famed for singing Bach but, I gently suggest, he does not do the whole job: he hoots effectively in the middle and upper registers but has to suggest low notes which should be firmly stated. Enough said…

Andrew Tortise was given one tenor aria and did it very well. Most of the bass arias went to Matthew Brook, called a baritone in one part of the programme and a bass on another page. I think bass is appropriate for this fine singer, who always seems to give total satisfaction. His fine tone is capable of a wide range of nuance and although, as Pilate, he was stuck at the back of the stage, he made an authoritative figure. I cannot name the excellent bass singers of Peter or Judas.

We heard many excellent obbligatos from the orchestra, including those for violin by Truscott and (in the bass aria with violin) an almost manic Bury.

With everyone an actual or potential soloist, the ‘choral’ singing was very effective, even though I occasionally longed to be overwhelmed by Karl Richter’s Munich Bach Choir. I did not always comprehend the groupings and regroupings of the singers. For the final chorus of Part One we had four sopranos out front, four altos to the left and tenors and basses all on the right. One of Peter’s accusers harangued him from right across the stage, which did not convince. Perhaps the recording which was being made of this performance will elucidate.

The St Matthew Passion makes for a long evening but neither the performers nor the audience seemed to flag. I found it all most absorbing and often moving, despite my occasional strictures.