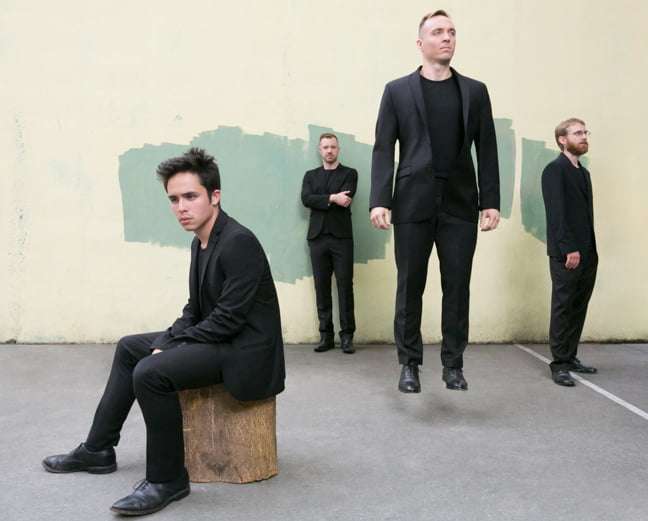 Over six years since his death and Elliott Carter shows few signs of falling into the oblivion (temporary or otherwise) as so often affects the music of those esteemed during their lifetime. The String Quartets, in particular, have secured canonical status such that several ensembles have performed and/or recorded all five. The JACK Quartet thus joins a distinguished roster of the Juilliard, Composers, Arditti and Pacifica ensembles by presenting an integral cycle, in the course of which the salient facets in Carter’s musical language can readily be discerned.

Divided between lunchtime and evening recitals, the JACK’s traversal pointedly avoided any chronological approach – opting instead to proceed from the outside towards the centre so as to give this cycle an undeniable sense of culmination.

Beginning with the Fifth Quartet (1995) was not as perverse as might appear – these six pithy movements, linked by re-collective or anticipatory interludes and prefaced by a ‘scene-setting’ introduction, focussing on the Carterian idiom at its most essential. Moreover, the sense of a group bringing to fruition an intricate while by no means inevitable process was palpably conveyed in this tensile and attentive reading, over the course of which the JACK rendered the music’s inward and impulsive extremes with a precision as elegant as it was convincing.

From here to the First Quartet (1951) is to find a composer ‘in the midst of life’ appropriating modernist tenets to his own ends. The JACK made sure that transitional need not equate with provisional – thus the granitic power of the initial ‘Fantasia’, lithe incisiveness of the ‘Allegro scorrevole’, the fraught alternation of the ethereal and confrontational in the ‘Adagio’, then the combative four-way interplay of the final ‘Variations’. Division of this four-movement entity into three parts was effected with a poise which itself reaffirmed the continuity of the whole.

On to the evening recital, the Fourth Quartet (1986) bringing arguably the greatest revelation. Carter’s return to a nominal four-movement design may seem a ruse for this most emotionally complex of his instrumental dramas, but the JACK ensured the resulting discourse was never other then lucid in a follow-through as ranged from the explosive opening exchanges to those barely resolved gestural extremes at the close. Whether or not its composer’s most significant contribution to the genre, the piece duly emerged as the most perfectly achieved of this cycle.

After which, the Second Quartet (1959) brought a tinge of disappointment. Here the interplay of equals feels audibly more sardonic in nature, and though the characterisation in each of its four movements – along with linking ‘cadenza’ passages – was never less then perceptive, the new-found compression of Carter’s language served rather to inhibit rather than to accentuate expressive variety. Only in those introductory and concluding sections did this music evince the degree of spontaneity and provocation that very soon became integral to his composing.

No such doubts attended the Third Quartet (1971). Once considered the ne plus ultra of what was possible in this genre’s terms, it latterly took on the guise of showpiece – pitting the ‘double duo’ (first violin and cello as against second violin and viola) into a confrontation as divisive expressively as it is separated spatially. That the JACK banished any risk to synchronisation without the questionable practice of a click-track, all the while sustaining a palpable impetus from the assaultive opening to the electrifying close, set the seal on this impressive reading.

It certainly rounded off this Carter odyssey in commanding fashion, and one which the JACK accomplished with not only technical finesse but also suppleness and eloquence as to suggest that present-day ensembles have less need than their forebears to make this music sound as opposed to feel modern. How gratifying that these works can now be enjoyed first and foremost for what they are than merely admired for what they represent; a sure sign they are well-advanced on the path toward an accepted and necessary part of the repertoire.

A pity that the cycle was not recorded for BBC Radio 3 broadcast or for Wigmore Hall Live. Hopefully the JACK Quartet will continue to evolve its interpretations long into the future.