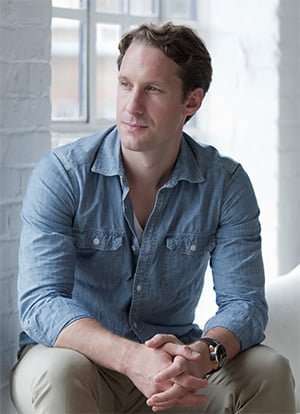 A graduate of the Jette Parker Young Artists Scheme, Jacques Imbrailo’s operatic career has been taking off sensationally. His success as Billy Budd at Glyndebourne was matched by appearances as Mozart’s Count Almaviva at the Royal Opera House, while the current autumn has brought the title role in Don Giovanni for Scottish Opera in a production directed by no less a Giovanni than Thomas Allen. A Rosenblatt Recitalist at the end of 2008 introduced London to the song side of Imbrailo’s musical personality. Here, five years later, he arrived at Wigmore Hall and one could sense the audience warm to this personable young man, just as that in Cardiff did when electing him winner of the Audience Prize at BBC Singer of the World 2007.

Starting and finishing with familiar English song collections was a happy choice. The term ‘song-cycle’ does not fit any of the material performed here; it promises a developing narrative, where even Songs of Travel have no more than a loose continuity of theme: the journey through life, encountering youth, love, domestic life, age, music and nostalgia. Ralph Vaughan Williams, as a young composer, was subject to a broad spread of influences. The product was diversity within unity, which Imbrailo successfully brought out, his partner Alisdair Hogarth even more so with his incisively contrasted accompaniments. 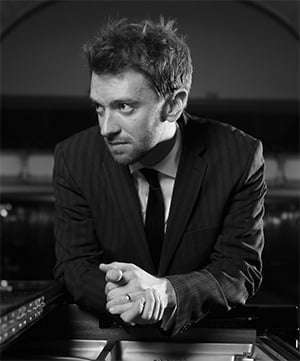 Imbrailo’s is a lyric baritone of considerable elegance. Its youthfulness is unmistakable but he has already developed the polish of a mature artist. Immediately in Songs of Travel the bluff declamation of ‘The Vagabond’ was seamlessly replaced by his natural suavity of tone. There is arguably more to come in terms of varied colouring of the voice. Only in ‘In dreams’ did a conspicuous change of tone colour register the arrival of an unhappy mood. Technically there was much to admire in the opening group, such as audibility of the text in the racy ‘The roadside fire’, the maintenance of the long phrases in ‘Youth and love’, and the tricky line and chromatic descents encountered ‘In dreams’ were successfully negotiated. A handful of soft high notes, especially in ‘Youth and love’ were not as firmly placed as one would have wished. Imbrailo though avoided the superficial effects and verbal melodrama of the kind that Bryn Terfel indulges in on his recording; no roaring fortissimos juxtaposed with barely audible utterances or over-emphasis on individual words; misguided ideas of interpretation which one was glad to see him evade.

If Vaughan Williams’s writing is eclectic, George Butterworth’s style is already unmistakable. He finds exactly the right idiom for the homespun wisdom of Housman’s folk poetry and the composer’s settings lie in the noblest, most expressive area of Imbrailo’s voice. He brought thoughtful imagination to ‘Is my team ploughing?’, offering more than the simple dichotomy of two characters. The surviving ploughman was not just a rugged farm worker: his tone in each utterance contained a hint of sensitivity among the muscles, which expanded to regret and then to remorse at having usurped his place in the dead friend’s bed. This was genuinely constructive understanding without exaggeration.

Liszt’s Petrarch Sonnets are so often heard in the original version that I tend to think of them as a device for keeping tenors honest; many an Italian tenor, Pavarotti included, has established his reputation in ‘respectable’ music through these extended and demanding songs. The settings of the three Petrarch love poems are based on models from Italian opera, with which Liszt was familiar through his extensive contacts with that country’s culture. The commonest features from the school of bel canto are incorporated into these three pieces: lyrical line, high tessitura including optional high notes, virtuoso display, repetition of words and elaborate cadenzas. The work was published in 1846 with the vocal part for tenor. Liszt subsequently composed a simplified version for baritone. This was not published until 1883. Frankly, in revising, Liszt emasculated the work. Baritones prefer to perform the original transposed down rather than the later version, as Imbrailo did on this occasion. The thrills and spills have been retained, if somewhat reduced. ‘Pace non trovo’ is very much like an operatic scena, opening with some powerfully accompanied recitative. Dramatic musical happenings such as the vocal explosion at “Egualmente mi spiace morte e vita”, followed by a vertiginous tumble for voice alone at the repetition and the emotive drawing out of the final line come straight from the opera house. Several optional high alternative notes are written into the score and the piece also demands virtuosic piano writing, of which Hogarth did not stint. Imbrailo sang everything with authentic lyrical intensity.

The first performance of Stephen Hough’s Herbstlieder, settings of poems by the Austrian mystic Rilke, had been given by these artists at the Oxford Lieder Festival in 2010. Now they brought the work to London. Only the first and last songs refer directly to autumn. In ‘Herbsttag’ the poet urges God to prolong the season; in ‘Herbst’ the falling leaves epitomise a more general bleakness. Hogarth made much of the musical language which encompasses melody in ‘Herbsttag’, scales and common chords in ‘Tränenkrüglein’, glissandos in ‘Klage’ and imitation of instrumental sounds in ‘Bestürz mich, Musik’. The singer successfully dealt with the vocal writing by resorting to parlando and on one occasion to falsetto as the poet imagines a white city on one of the stars he admires. Imbrailo’s musicianship strongly supported his interpretation of these challenging settings.

Two encores were given, the well-known Afrikaans folksong ‘Sarie Marais’ and Britten’s arrangement of ‘O Waly, Waly’. Imbrailo and Hogarth clearly form a rewarding partnership. A recording is expected, though in different repertoire.