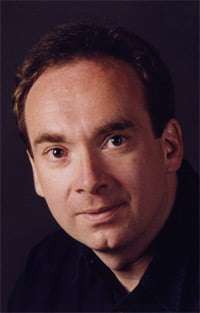 This performance was well heralded by a recording of the work by the partnership of James Gilchrist and Anna Tilbrook in 2009. It must be difficult to find something new to say about a work which is heard so often, has been recorded so many times (a specialist website lists 181 recordings of “Die schöne Müllerin) and which virtually ever singer of Art Song is expected to measure himself and occasionally herself against.

Gilchrist and Tilbrook, while not making a new statement, identified themselves unmistakably with one side of a debate which has arisen over this work, a debate well illustrated by one review of the recording. The critic concerned delivered a thumping condemnation of their performance. To paraphrase her argument, to place “Die schöne Müllerin” on an artistic and stylistic par with “Winterreise” and the Heine poems often combined with other songs as a spurious cycle “Schwanengesang” is misleading and misunderstands the nature of the work itself. The critic had a point: arguably we have come to sanctify “Die schöne Müllerin” because it came from the same pen as those profound masterpieces.This is not to decry the composer’s mastery in setting the twenty poems of Wilhelm Müller, nor that Schubert transcended the poetry, only that the aspirations of the cycle are much more limited than those works which followed. The context of the narrative is pastoral, the implied location for its performance the salon. In short, it is possible to take the work too seriously.

Our critic would have been only marginally placated by this concert. The charge of over-interpretation was not far away throughout in a performance of extremes: frantic speeds for the fast songs, markedly slow ones along with other signals to indicate those songs which were considered important in the emotional narrative which Gilchrist and his partner espouse.The early songs were straightforward enough. Gilchrist emphasised the boyish element of the hero as he seeks to establish an identity, stressing his personification of water, mill wheels and mill stones and the simple elation of his decision to follow the stream. He made the most of opportunities for vocal onomatopoeia (“Bricht Rädergebraus” in ‘Halt!’). The sight of the mill, crowned by the illumination of the sun, was greeted as if by a child opening a birthday present. 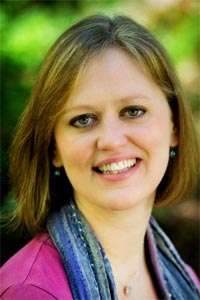 The hero went abruptly from being a naïve boy to a sensual being. His feelings towards the Müllerin were presented not as puppy-love but a profound emotional experience. ‘Der Neugierige’ was the central point of transition. Its importance was flagged up by a long fermata before the start which drew us to attention, confirmed by further pauses after each of the first two lines and the pregnant silence leading into his questioning of the stream. Indeed silence was an important expressive weapon at several points in the cycle, not least its end. ‘Die liebe Farbe’ was another song to have conspicuous punctuation marks thrown around it as the apprentice miller’s desolation turns towards thoughts of death; again a slow tempo, with a relentlessly tolling bell in the accompaniment. This gave the song an air of portentousness, enhanced by Gilchrist’s vehement fortissimos, explosive crescendos and disembodied excursions into his head voice. At such points Gilchrist’s now strong, penetrative and expressive lyric tenor, not short of weight in the low register and with plenty of ring at the top was ideally equipped. The ability to colour the tone emerged memorably in the three statements of ‘Der Mai ist kommen, der Winter ist aus’ in “Trockne Blumen”: the first expressing wonder, the second disbelief, and the third an awareness that it was too late. A couple of decorations to the vocal line, an enjambement here and there, completed an individual response to the music.

Other effects were less convincingly attempted. Gilchrist sometimes had recourse to a conversational treatment of the notes verging on parlando, and with little more volume than a whisper. Appropriate as this was for the third verse of ‘Ungeduld’, with its reference to breathing and murmuring messages, elsewhere it sounded merely mannered.His body-language throughout was vivid and, from a position well forward on the platform, it was difficult to resist his advocacy of this interpretation. He was completely absorbed in the experience, every changing emotion etched on his features, his hands clasped in concentrated supplication. This was an intensely subjective interpretation, if posture and movement sometimes verged on the camp.

Anna Tilbrook, a fine pianist, was harnessed to her partner’s interpretation, quite literally in a song like ‘Morgengruss’ with its imitations in the accompaniment. Indeed her playing here had the attention to detail of a sonata movement. In ‘Pause’ the pianist is in the driving seat, with the voice reduced ultimately to recitative-like dryness. Here it was Tilbrook’s choice of rubato which stood out. The higher and lighter of the piano interludes in ‘Des Müllers Blumen’ was given with particular beauty of touch. Technically she was not discomfited by the headlong thrust of the fast songs.

The conclusion of “Die schöne Müllerin” is in theory bleaker than that of “Winterreise” but the suicide of the jilted young man is more infected by sentimentality than nihilism. Schubert embodies in his settings the Romantic notion of a love which can only be fulfilled in death. The question is whether his portrayal of the hero is whole-hearted or ironic. Gilchrist has settled unambiguously for the former. He and his partner projected it with conviction. If this listener remained unconvinced the audience seemed largely carried along by it. The final prolonged silence of the evening before clamorous applause spoke eloquently of its appreciation.