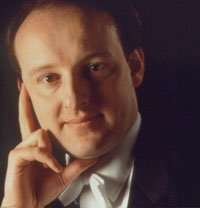 The Red Hedgehog is small and cosy enough to be ideal for the purpose of listening to chamber music. It was packed, the audience witnessing a performance unlikely to be forgotten.

These piano sonatas – Beethoven’s last three – are wonders of the western world. Occasional moments are utterly, shiningly simple. Their unselfconscious, unadorned utterances recall the wonderfully simple phrases that appear in Shakespeare’s last plays. Both speak directly to the heart. Other stretches of music test anyone’s technique, requiring grinding force and power at demonic speeds. James Lisney has the skills and dynamism to integrate these difficulties into the very essence of his playing. He does not rush about manically like a horse at a rodeo.

Famously, Schnabel – a deservedly respected interpreter of Beethoven – distinguished between playing the notes and playing the music. The same may be said for Lisney. Countless performers pay scrupulous attention to bar-lines, indicated speeds, abrupt volume changes and unpredictable variations in style.

Lisney goes further. He has the sensibility and intellect to make sense of what he is playing. He brings the content of the music to life. Elements can seem awkward, abrupt and arbitrary – implying the Beethoven whom his contemporaries found too wayward to understand. Lisney, however, incorporated sich disruptions deftly and smoothly into the stream of the music – a momentary relaxation while taking a breath prior to the next surge of energy. It sounded altogether natural. From Lisney, the power of this music was sensed, and also its towering greatness and the astonishing range of its sensibilities.

There is a further stage still. Contemporaries said of Furtwängler that his performances were acts of re-creation – works reborn in fire. Lisney, likewise, made of these sonatas a phoenix, boundlessly expressing a glorious rebirth of Beethoven’s creativity, re-animating the very phrases of his musical processes in all their enchanting, mercurial, forceful, kaleidoscopic variety – brusque and blunt, longing and tender, ineffable and sublime. One felt that all emotions human-beings had ever felt were incomparably here – and, further, some that had been felt only by this extraordinary man and, maybe, just a few others. Lisney gave us a journey of the soul – as he will again at The Red Hedgehog.