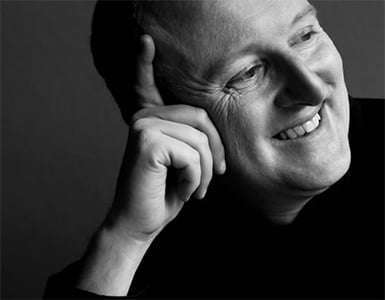 James Lisney’s South Bank recital of Schubert’s last three sonatas marked the end of his “Schubertreise”, which he embarked upon twelve years ago. This triptych has been mainstream repertoire for ages, with pianists squaring up to the last thoughts of a still-young genius and, as a result, isolating them from the rest of his output. Lisney’s performances made them sound like part of a natural development, and left us tantalisingly wondering what Schubert would have gone on to.

Although Lisney was playing a clipped and bright-toned Steinway, he erred towards a domestic, intimate scale in these big Sonatas, compounded by his sparing use of the pedal and airy, legato finger-work, which wouldn’t have sounded out of place on a period instrument. Lisney may well have been daunted by the prospect of setting out on such a huge programme – the best part of two hours of music, with the first-movement exposition repeats observed – but in the C minor and A major works, he didn’t play up enough the big contrasts and architectural drama of their opening movements, and to my ears their very different characters needed more expansion. Although there was an abundance of detail, lucidly played and elegantly shaped – I just missed that bite of identification with the music.

And that, as pianist and audience settled down to Schubert’s unique, expressive world, is what Lisney went on to deliver in the formally simpler other movements. Both the finales hit the Schubertian spot, Lisney exercising a light control over their prodigal discursiveness. It’s the over-structured performances of these last movements that can make them seem rambling. Lisney got the balance just right, with some notably tight, athletic playing in the C minor and hit his expressive stride in his sympathetic realisation of the unease bordering on madness that presides over the slow movement of the A major Sonata – which includes probably the most extreme music in all Schubert’s work for piano – defined by his haunting articulation of the opening’s broken rhythm and emphasis on the obsessive tenor line as much by the right-hand’s faltering triplet figure that he made sound like the fall-out from the psychosis of the middle section, and the beautifully played coda offered scant resolution.

Lisney’s reading of the B flat Sonata was the most comprehensive. He gave the bass trills their due weight and importance for the first movement, and invested the diversion back to the repeat of its opening section with a strange, disconnected quality, a stroke of imagination that completely changed our view of the exposition and its subsequent transformation. The scale of it, too, was satisfyingly epic and full of mystery. There was a similar overview at work in the slow movement, in which the lingering softness of Lisney’s playing seemed to anticipate Mahler’s skill in valedictory regret.