Janáček
Jenůfa – Opera in three Acts to a libretto by the composer based on the play Její pastorkyňa by Gabriela Preissová [concert performance; sung in Czech, with English surtitles] 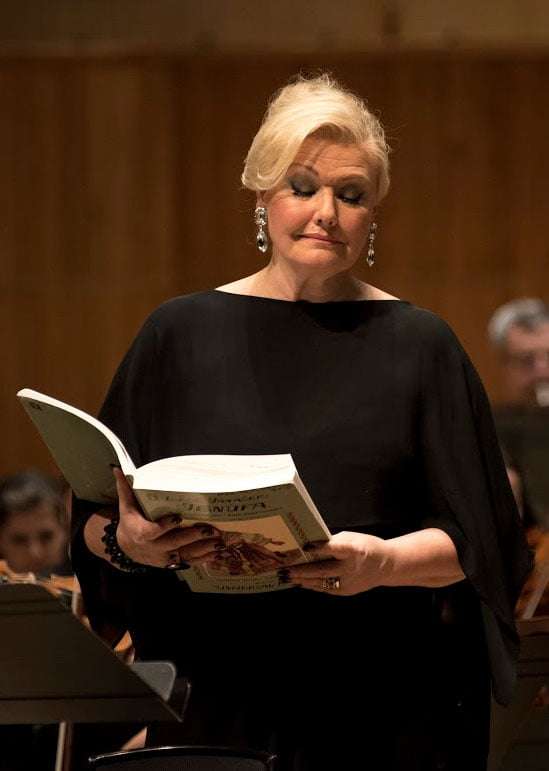 Karita Mattila sang the role of Jenůfa for the last time in Hamburg in October 2014, and this concert performance was only the second time she had taken on the role of the inflexible Kostelnička, Jenůfa’s stepmother who drowns Jenůfa’s illegitimate, newly-born baby. Mattila’s role debut, with the same forces, was in Prague three days prior to London, and she will be singing the role in a full production in San Francisco and New York from June.

This was a strange hybrid. Mattila buried her head in the score, while trying to wield it as dramatically as possible in the most extreme moments, and when she was singing she moved to be as close as possible to Jiří Běhlolávek. When she wasn’t singing, and when she had finished moving her chair around, she fidgeted distractedly with her dress. Karita Mattila is famous, even notorious, for her total role immersion. Here, inevitably, you were aware more of her than of the terrifying Kostelnička. There was, though, enough of the Mattila magic to reassure her fans that hers will be a Kostelnička to be reckoned with, even if the role might be too constraining for her signature physicality as an actress-singer diva.

Her full-voiced spontaneity came nearest to expressing itself in her shamelessly manipulative abasement before Števa, the baby’s feckless, drunken, womanising father whom she begs to do the decent thing, with his refusal setting in place her fatal decision to drown the child. The impact of her confession after the child’s body is discovered didn’t convey the full sense of her inner collapse, and it was a pity that the concert staging didn’t allow her to leave the stage free for Jenůfa and Laca’s gloriously redemptive close. 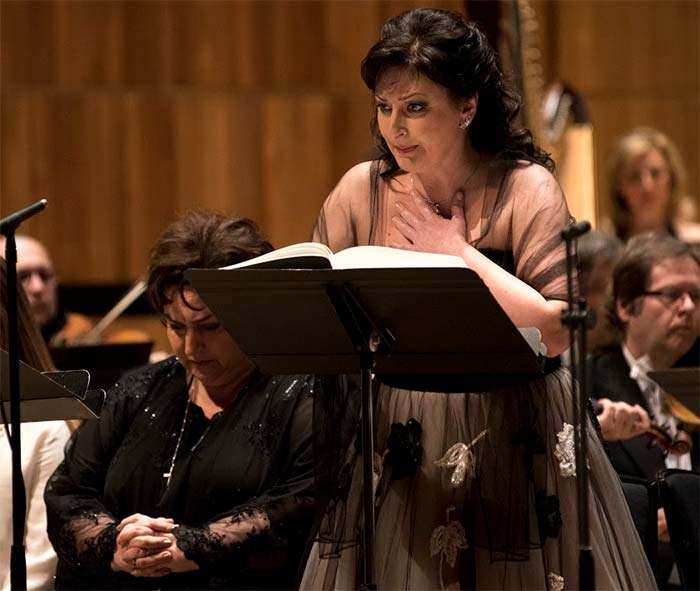 I warmed to Adriana Kohútková’s Jenůfa after a neutral, non-anxious start (she’s pregnant and unmarried in an unforgiving, 19th-century Moravian village – she knows the consequences), and it was odd that our first intimation of the generosity and complexity of Jenůfa’s personality was suggested by Marta Reichelová’s radiantly sung Jano (the illiterate farm-boy Jenůfa teaches to read). While she sang Jenůfa’s ‘Salve Regina’ with a moving lack of affectation, the dynamic between downtrodden Jenůfa and the controlling Kostelnička (herself the victim of an abusive marriage) only came into its own in their Act Two duet, when the Kostelnička lies to her stepdaughter that the child died naturally, and it wasn’t enough to justify the force of Jenůfa’s forgiveness.

It took the portrayals of the two half-brothers, Števa and the jealous, devoted Laca – who loves Jenůfa so much he disfigures her face – to allow the extreme parochialism of the setting to honour Janáček’s extraordinary universalising of the story. Jaroslav Březina swaggered magnificently when Števa is spared conscription, and his wormlike abandonment of Jenůfa and their child was superbly done, fully justifying the ferocity of the Kostelnička’s curse on him. Aleš Briscein’s wiry, hard-edged tenor suited the unquestioning strength of Laca’s love for Jenůfa, however extremely expressed, and there was an artless heroism to the top of his voice that clinched the overwhelming intensity of the opera’s close. 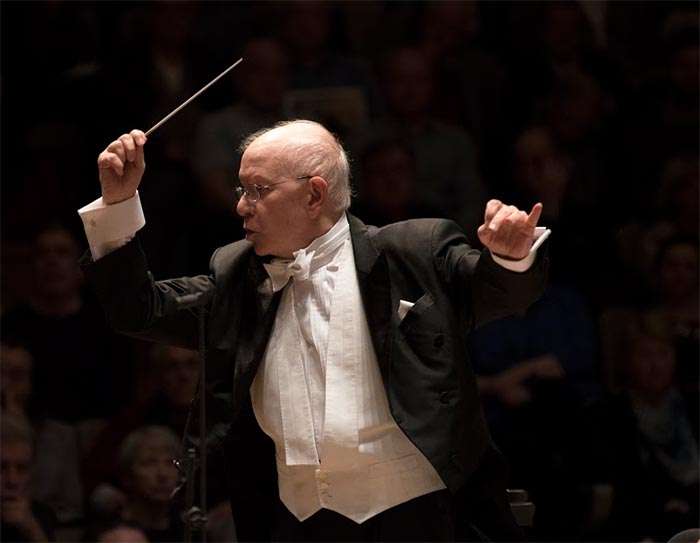 As with the rest of the cast, these Czech artists were entirely at home with the opera in probably the most idiomatic reading I’ve heard. The smaller roles – Svatopluk Sem’s trenchant foreman, Luděk Vele’s pompous Mayor, his self-righteous wife given a vivid cameo by Jana Hrochová, and their sulky daughter Karolka simply but directly portrayed by Lucie Silkenová – summed up mean-spirited village life brilliantly.

Jiří Bělohlávek knows this icon of Czech opera inside out, and although I have heard the score sound rawer and tighter, the Czech Philharmonic’s playing gave the music its unforgettable directness. Just remembering Jiří Vodička’s heartrending violin solos or Jana Boušková’s astute, almost conversational harp-playing is enough to make me well-up – again.