Medusa – ballet based upon Ovid’s Metamorphoses 4.770 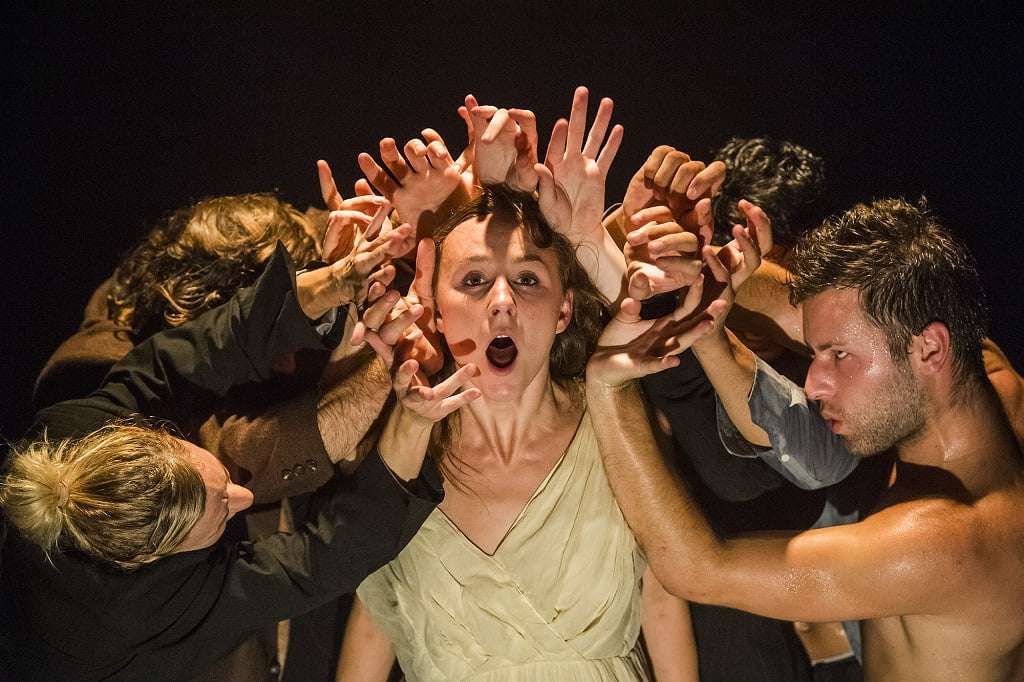 Shape-shifting is something that dancers do rather well, so an exploration of Ovid’s ‘Metamorphoses’, that brilliant catalogue of how the gods change human beings at a whim, often for punishment, sometimes for their own safety. Buried deep in Book Four is the tale of Medusa, better known to us for her dispatch at the hands of Perseus, and it is she who is the focus of choreographer Jasmin Vardimon, marking twenty years of creations with her eponymously-named company. Vardimon is a dance-maker with talent, so an exploration of the snake-haired gorgon would seem fertile ground for her creativity. Alas, her ideas seem so disparate, her focus too broad for a work of purpose and real meaning to emerge.

Medusa is certainly brimming with ideas, too many in fact, from the tale of myth in which the gorgon is raped by Poseidon and punished for it by Athena, transformed into a serpentine man-hater. But Vardimon, none-too-subtly, introduces the #MeToo movement and rages against the objectification of women and their abuse at the hands of men in episodes of barely-concealed personal anger; she also riffs on the fact that ‘medusa’ is the word used for ‘jellyfish’ in many European languages (they comprise the subphylum Medusozoa, in fact), a tenuous link if ever there was one, which hardly gives reason to the subsequent use of water motifs in the choreography and then clear evocation of contemporary environmental concerns.

If this all seems confusing, it is – we even get quotations about Medusa dredged up from Jean-Paul Sartre’s tedious ‘Being and Nothingness’. It is all explained ad absurdam in the unintentionally hilarious programme note for this production by the Associate Professor in Performance Theory and Programme Leader for the M.A. Acting at the Institute of the Arts Barcelona, a prime example of the self-regarding, impenetrable and ultimately uninformative nonsense churned out by university people who should be intelligent and educated enough to know better. Your reviewer cannot resist a brief quotation by way of example of Dr Rotondi’s sage words:

“The result is a post-modern and post-structuralist work, a tradaptation [sic] of the myth of Medusa, a piece of art that criticizes the ideology in Slavoj Zizek’s way, but is above all a work that stages the liquid society (or liquid modernity) as theorized by Zygmunt Bauman, precisely in this dichotomy between stasis and movement.” There, that’s all clear then. 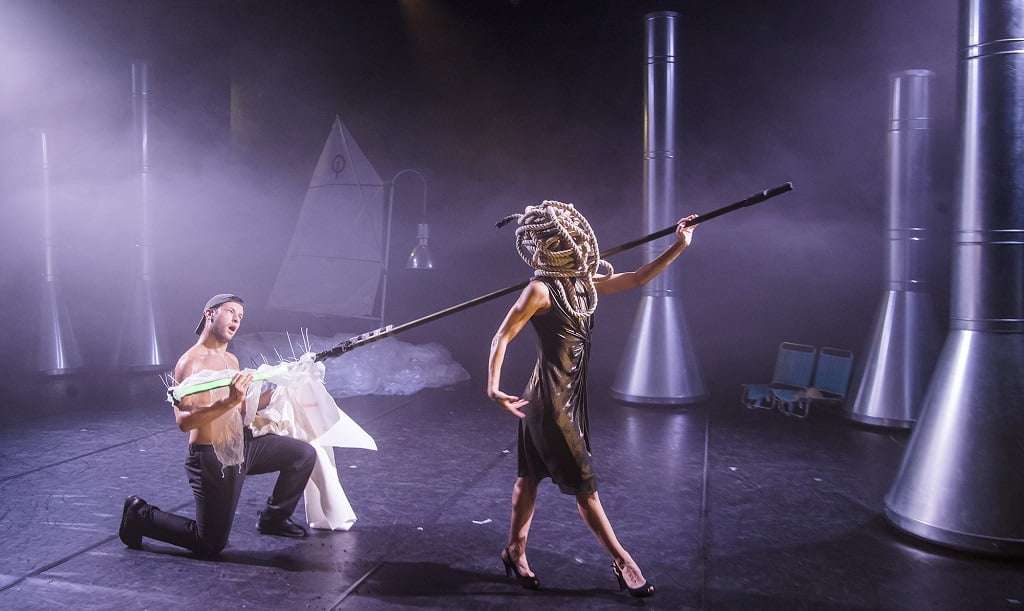 Part of the problem with this overlong show (almost an hour and a half, without interval) is the scatter-gun approach that Vardimon adopts – there are moments of clear reference to the Medusa myth, and certain episodes refer to identifiable characters. This where Medusa is strongest, and there is no denying Vardimon’s skill with creating powerful movement – the fingers of the dancers, fluttering around the head of Medusa create the snakes of her hair or maybe the tentacles of a jellyfish. Likewise, when who we assume is Athena sweeps circles with what looks like a long-poled butterfly net, the other dancers fall, jump and dodge to avoid it and we get a sense of the deity casting for human prey. This is powerful imagery which lingers in the mind, but it is Vardimon who casts her creative net too widely, bringing green issues, clunky sets and props and a multiplicity of dance styles to the stage in what is, ultimately, something of a jumble. That confusion is echoed by the music she has chosen, a seemingly random shuffle playlist of everything from Grieg and Scandinavian chanson to thumping base and kooky Sixties beach sounds. Additionally, these tracks are left to play out in their entirety, which means that, ultimately, Vardimon has to find movement and business to fill their duration, hence the variable quality of what she sets on the stage and its ultimately wearisomely episodic structure.

The eight dancers are exemplary – Vardimon clearly favours near-contortionist ability to bend and extend in her performers – encompassing a bewildering range of movement, from jerky automaton to Summer of Love boogy. Strangely, disappointingly for such a feminist approach, it is the men who come across as the most delineated in terms of movement quality and stage personality, none more so than Joshua Smith, a strong, slim performer who is called upon to address the audience and who shows himself to be an impressive dancer indeed, capable of whiplash movement – his amusing, macho rutting duet with Kieran Shannon’s more bulky presence was a highlight of the whole show, a short episode in which pure dance was briefly allowed to come to the fore.

What Vardimon has tried to do is not without merit, and, at its best, she creates with genuine talent for striking stage imagery and powerful movement. However, this Medusa is itself too shape-shifting, too amorphous to do justice to Ovid’s ‘Metamorphoses’.