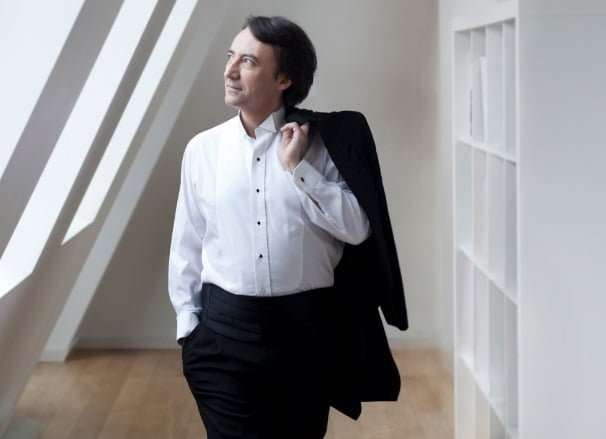 Last year I heard Jean-Efflam Bavouzet playing Beethoven in Potton Hall in Suffolk, on the back of his recording sessions there for Volume 2 of his intégrale of the Piano Sonatas for Chandos, and I was struck by the difference between the two. Whereas the recording sounded fresh and brimming with insight – as we’ve come to expect from this pianist – the live performances sounded strident and earthbound. Perhaps he was demob-happy at the time, but it seemed to me that the same qualities dominated the first half of this (rather sparsely attended) recital, which presumably was partly to show off the third and final instalment of his Beethoven project.

The first movement of Opus 54 sets a sophisticated minuet against a strenuous, bull-in-a-china-shop canon which you’d think would force the former into submission. Instead, though, it is energised by it, a typical Beethovenian process of almost comic dysfunction. Bavouzet articulated the contrast with commendable strength, but there’s a transference of identity going on which didn’t get its full voice.

Similarly, you couldn’t fault the momentum and muscular bounce of the ‘Appassionata’, but Bavouzet’s contained performance was marred by similarities of attack, volume and tone. The Andante variations were certainly con moto yet Bavouzet left himself enough leeway to expose their inner workings. The centrifuge of the finale piled on the pressure impressively as he negotiated the famous collapse into the concluding Presto like someone possessed, but there’s more finesse and variety in this movement than Bavouzet allowed: you were more aware of Bavouzet rather than Beethoven.

This trend continued in Bruno Mantovani’s dense, virtuosic Le livre de Jeb. The composer is a friend of J-EB (Bavouzet’s initials) and well placed to write a piece that plays to his strengths, but at 15 minutes it seemed long, dominated by thunder-clouds of pedal, torrents of notes and punchy rhythms. If the Beethoven had steered close to high-pressure overload, this angular, percussive piece (written in 2009) went over the top.

I’ve thought of Bavouzet as one of those pianists who gives the impression of playing just for you. In the first half of this recital, it was like being shouted at by someone very sure of his opinions. The second half was much more listener-friendly. Bavouzet connected with Ravel’s harmonic poise and exquisite writing very effectively in the five Miroirs. The haphazard motion of ‘Noctuelles’ (Moths) flickered with evanescent vitality, the sporadic cries of ‘Oiseaux tristes’ were heavy with languid heat; in ‘Une barque sur l’océan’, Bavouzet overcame the piano’s opaque bass notes to conjure elemental depths, but he could have made ‘Alborado del gracioso’ more expansive. ‘La vallée des cloches’ (Valley of the bells) resonated with light and colour. There was a wealth of orchestral suggestion here along with a much-needed sense of intimacy.

The other great pleasure was Bavouzet’s epic performance of Bartók’s rarely played Piano Sonata (1926). Uncompromisingly percussive, astringent and condensed, Bavouzet whipped up its folk-music origins into a whirlwind of energy and, for a piece very much in Bartok’s virtuoso ‘barbaro’ style, extraordinary clarity and lithe, rhythmic precision. It was a triumph. He returned to French music for his encore, an Etude de Concert by Pierné.