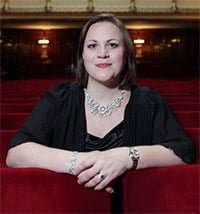 It was perhaps unfortunate that on a particularly gloomy Autumn day in London the subject-matter of this BBC Radio 3 Lunchtime Concert at Wigmore Hall should focus primarily on the night, with some notably heavy-hearted texts from Goethe and Rückert focussing on the darkness of the soul. That should not of course take anything away from BBC Radio 3 New Generation Artist Jennifer Johnston, who sang with natural poise and relaxed pose as her full-sounding voice, with a slightly wider vibrato than might be considered the norm, took centre stage. Pianist Joseph Middleton displayed a sensitive ear, though in some of the quasi-orchestral writing of Mahler a little more colour and shade would not have gone amiss. 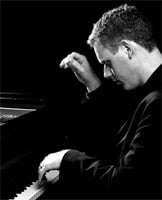 The duo began with four relatively rare songs of Hugo Wolf, the Mignon-Lieder, settings of passages assigned to a prominent character from Goethe’s 1795 novel, Wilhelm Meisters Lehrjahre. Mignon is a young girl who Wilhelm rescues from the circus, and her first three songs are of suffering and oppression. Johnston found the anguish of the second song, ‘Nur wer die Sehnsucht kennt’, with a shrill outcry at “Es schwindelt mir, es brennt” (My head reels, my body blazes). The final setting, ‘Kennst du das Land’, speaks of a found love, Johnston’s voice harnessing impressive power.

Three of Benjamin Britten’s slower folksong arrangements followed, illustrating his clever use of the piano. The closer one looks at Britten’s techniques the more one is aware of his inventive responses, and Middleton clearly enjoyed numerous illustrative passages. ‘Ca’ the yowes’ was taken at a relatively slow pace, but Johnston’s control was unwavering.

The Mahler was next, with Middleton’s left-hand a bit too dominant in ‘Blicke mir nicht in die Lieder!’, which did however successfully convey the perpetual motion of the bees that Mahler evokes so vividly. ‘Ich atmet’ einen linden Duft’ was pleasingly graceful, and ‘Um Mitternacht’ grew steadily more harrowing as it progressed, the raw power of Johnston’s voice fully in evidence by the final stanza, which ultimately ended in a mood of mysterious triumph. Both performers were most effective with ‘Ich bin der Welt abhanden gekommen’ (I am lost to the world), where the resignation of Middleton’s introduction was met by Johnston’s quiet but ultimately lifeless closing words. An encore, Richard Strauss’s ‘Morgen!’ (Opus 27/4), was performed with commendable restraint and control.