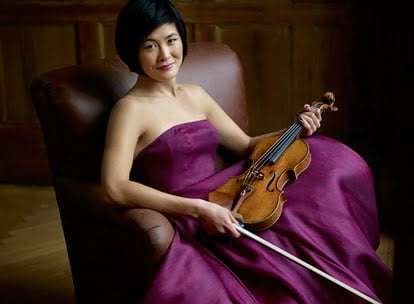 This “Bridge to Beethoven” recital was the first of four in which Jennifer Koh and Shai Wosner are performing the composer’s ten Violin Sonatas, each program including a new work reflecting his influence (other composers are Jörg Widmann, Anthony Cheung and Andrew Norman). The recital also inaugurated the 92nd Street Y’s “Soundspace” series, the first time that its Buttenweiser Hall is being used for musical performance.

Vijay Iyer’s Bridgetower Fantasy is designed to be paired with Beethoven’s ‘Kreutzer’ Sonata, and takes its name from George Bridgetower, the Afro-European violinist who joined the composer in the first performance of the ‘Kreutzer’ and was its original dedicatee. After the two men quarreled while celebrating the successful premiere, Beethoven revoked the dedication, substituting the name of French violinist Rodolphe Kreutzer, who never performed the Sonata. Iyer describes his work as “a collection of imaginings about George Bridgetower”, adding that it is “not programmatic, but it takes on an episodic character, assembled from contrasting fragments.” The composer, a Harvard professor with an interdisciplinary Ph.D. in the cognitive science of music from the University of California, Berkeley, is best known as a jazz pianist. He also studied violin from age three into his teens, and his knowledge and experience with both instruments is reflected in his technically demanding score. 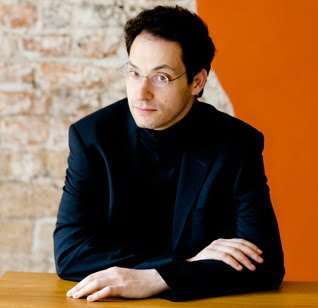 Koh and Wosner sandwiched Iyer’s piece between two Beethoven Sonatas with ‘Theme and Variations’ middle movements, creating a sort of parallelism, as the new work also has three distinct sections and undergoes a succession of commentaries on thematic material. Both players evoked a wide range of sounds, Wosner forcefully striking the highest-register keys and tapping the body of the piano, with Koh playing harmonics, pizzicatos and glissandos and drawing raspy tones. There are a few passages that discernibly relate directly on the ‘Kreutzer’, most prominently an allusion to the galloping theme of its Finale, and Iyer’s roots in jazz are apparent in the opening section. In the exciting closing moments, Koh was stomping rhythmically and her bow was moving so rapidly as to be almost invisible.

As with other musical genres Beethoven revolutionized the Violin Sonata, All but the last of them were composed in a six-year span at the turn of the nineteenth century, a crucial period in Beethoven’s development. This recital, opening with the First Sonata, dedicated to Salieri, and ending with the ‘Kreutzer’, excellently illustrated how profoundly Beethoven changed this musical form in so short a time, just before the ‘Eroica’ Symphony marked the biggest turning point of his career.

Although the first of the Opus 12 Sonatas bears Mozartean influences, its harmonic innovations and equality of partnership between the two instruments give the work a markedly different character. From the fanfare-like opening onward, Koh and Wosner played with dazzling technical prowess. The literal and dramatic centerpiece was the ‘Theme and Variations’, in which the instruments sang to one another and were entwined. The Finale was spirited.

The ‘Kreutzer’ Sonata is a markedly more complex work. Koh and Wosner brought a degree of grandeur to the slow introduction, Koh voicing the Bach-like part with great delicacy. Then in the Allegro, Wosner played with impeccable phrasing while Koh seemed virtually to attack her violin with fierce down-bows and pizzicatos. The second movement was again the emotional heart of the piece, both artists looking blissful as they played. The Finale, a Presto tarantella, was given with enthusiasm to round-off a reading that demonstrated these artists’ shared vision and intuitive collaboration.

To conclude they played a fragment from the Finale of Beethoven’s ‘Spring’ Sonata, more an enticement to attend the next concert than an encore.