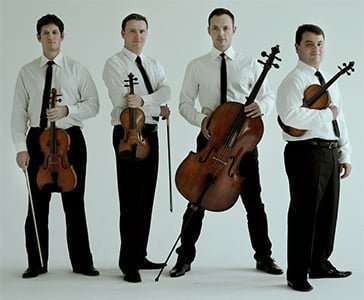 This was the opening concert of the Jerusalem Quartet’s Shostakovich cycle at Wigmore Hall. Judicious programming paired the unassuming String Quartet No.1 with the Piano Quintet in which Elisabeth Leonskaja featured. The latter work fits the cycle chronologically; composed in 1940, two years after the First Quartet, it allegedly began life as Shostakovich’s Second. This said, the pairing did little to help the cause of the First, which tends to get overlooked in favour of its meatier successors.

The sudden mood-swings which pervade Shostakovich’s music are well-served by the Jerusalem Quartet’s outstanding playing. Stormy intensity melted into tongue-in-cheek nonchalance over the course of half a bar. As this performance emphasised, the First Quartet’s neoclassical simplicity does not preclude a sense of ambiguity which is the composer’s trademark. This was particularly apparent in the wandering, folk-inspired viola theme which opens the second movement, played here with a striking depth of tone by Ori Kam. (Consider the stark contrast between this Shostakovich String Quartet and the first great Russian model, Tchaikovsky’s – which also builds its second movement around a folk theme but cushions it in gentle harmonies.) The communication between the musicians was particularly effective when, save for the finale, each movement dies away to an inconspicuous conclusion, like a wind-up toy gradually stuttering to a halt. 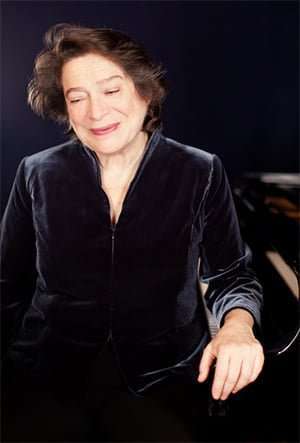 Shostakovich’s first foray into quartet-writing, Elegy and Polka (1931), are transcriptions from two of his stage-works; the Elegy is an aria sung by the title character of his opera Lady Macbeth of the Mtsensk District and the gloriously silly Polka derives from The Golden Age, the satirical ballet about a Soviet football team’s adventures in the decadent West. The Jerusalem members proved adept at conveying the operatic lyricism and quirky humour of the Elegy and Polka respectively.

All this, proved to be just a warm-up for the Piano Quintet. From the ‘Prelude’, the string-players’ rich sonorities partnered Leonskaja’s poise at the piano to formidable effect. The haunting violin melody which opens the second movement was beautifully judged by Alexander Pavlovsky. Initially resisting any hint of vibrato, his tone gradually warmed to welcome the entries of colleagues, and as more voices entered the ‘Fugue’, the lonelier their journeys through Shostakovich’s desolate musical landscape began to sound. If his First String Quartet conveys, in Shostakovich’s words “bright, spring-like moods”, then this ‘Fugue’ heralds a very bleak winter. The ‘Scherzo’ was painted in broader brushstrokes, although occasional inaccuracies from Leonskaja barely detracted from the music’s brash charm. The most introspective playing was saved for the ‘Intermezzo’, where Pavlovsky’s luminous upper registers shone over the roaming pizzicato bass. The piano’s upbeat octave passages in the ‘Finale’ heralded an increasingly desperate attempt to escape the melancholic reflections of the preceding movements. There were glimpses of pure radiance, but this performance never allowed us to forget the music’s ominous beginnings.

Noting that the Piano Quintet’s ‘Scherzo’ and ‘Finale’ were often encored in early performances – David Fanning’s programme note recorded the observation that this is a work in “five movements, of which there are seven”. Here we got six, the ‘Scherzo’ was repeated. Released from the intensity that otherwise surrounds it, this movement frolicked all the more.