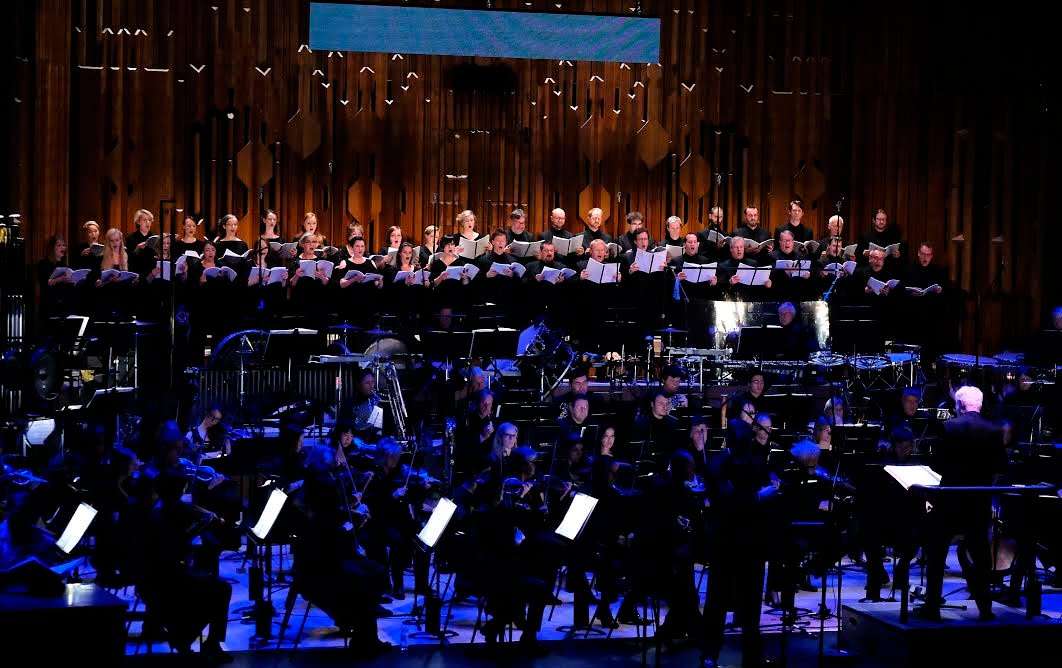 For the second night running in London a composer conducted his latest completed opera. Following Thomas Adès’s The Exterminating Angel at Covent Garden, John Adams’s 2005 Doctor Atomic (The Gospel According to the Other Mary was originally an oratorio, although it has subsequently been staged; and Girls of the Golden West has its premiere in San Francisco at the end of this year). Given Doctor Atomic’s subject matter, about the birth of the nuclear bomb, it could equally – perhaps – be called The Exterminating Angel.

It was another sell-out with a wildly enthusiastic audience giving a standing ovation, following Adams leading a propulsive performance. There are many similarities between Adams’s and Adès’s conducting techniques; neither particularly flowing and with rather angular gestures to indicate the beat, even when their music melts into something softer, but there is no doubt as to their galvanising abilities. And it was good to have the BBC Symphony Orchestra centre-stage as perhaps the main protagonist in Doctor Atomic, which proved perhaps more effective as a quasi-oratorio than a fully-staged opera. 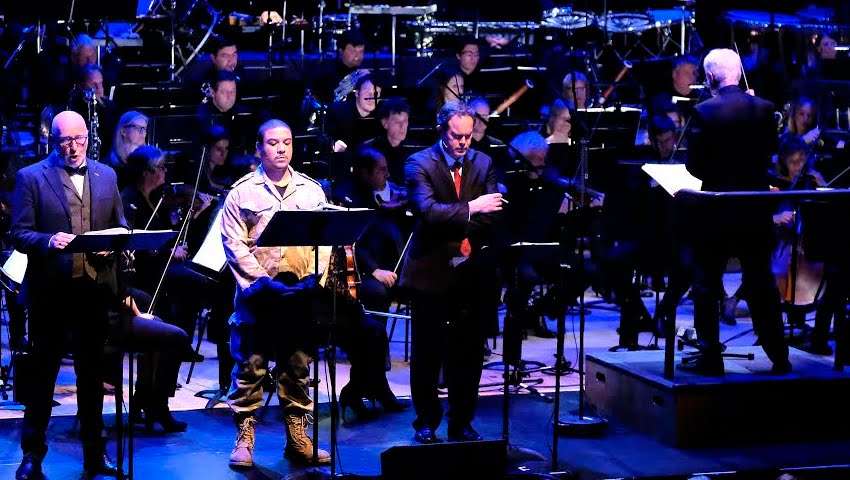 Part of the problem is Peter Sellars’s collection of texts (contemporary reports and diaries, juxtaposed with classic and contemporary poetry, and Indian religious mantras), and a rather non-dramatic trajectory that spotlights just a few moments in the story of Robert Oppenheimer’s research leading to the first test of the atomic bomb – Trinity. Sellars’s use of John Donne’s ‘Batter my Heart’ (the standout aria for Oppenheimer to close the first Act) and excerpts from the Bhagavad Gita is based on Oppenheimer’s own testimony, although subsequent to the opera’s first-night, I understand, it has come to light that Oppenheimer’s statements of this poetry’s import to him at the time of the test were tainted by hindsight and later elaborations.

Nevertheless, Adams can certainly set words: his vocal lines are naturally inflected and ever-gracious on the ear. Also, the way he can move from frenetic swathes into the gentlest lyricism continues to impress. From the taped mechanical screeching of the opening to the lone Japanese woman’s repeated plea for water at the end (the only reference to post-test events), this performance grew from complete darkness and faded back into it. The driving rhythms accompanying the building of the “gadget” and portraying the storms that beset the testing date (there’s a recurring theme of meteorologists and army generals arguing over the weather) were brilliantly conceived by the orchestra. The BBC Singers, adopting clipped ends of words in their best American, were on usual excellent form, whether expounding the scientific principles behind the bomb at the very start, or describing the terror of Vishnu just before the end. 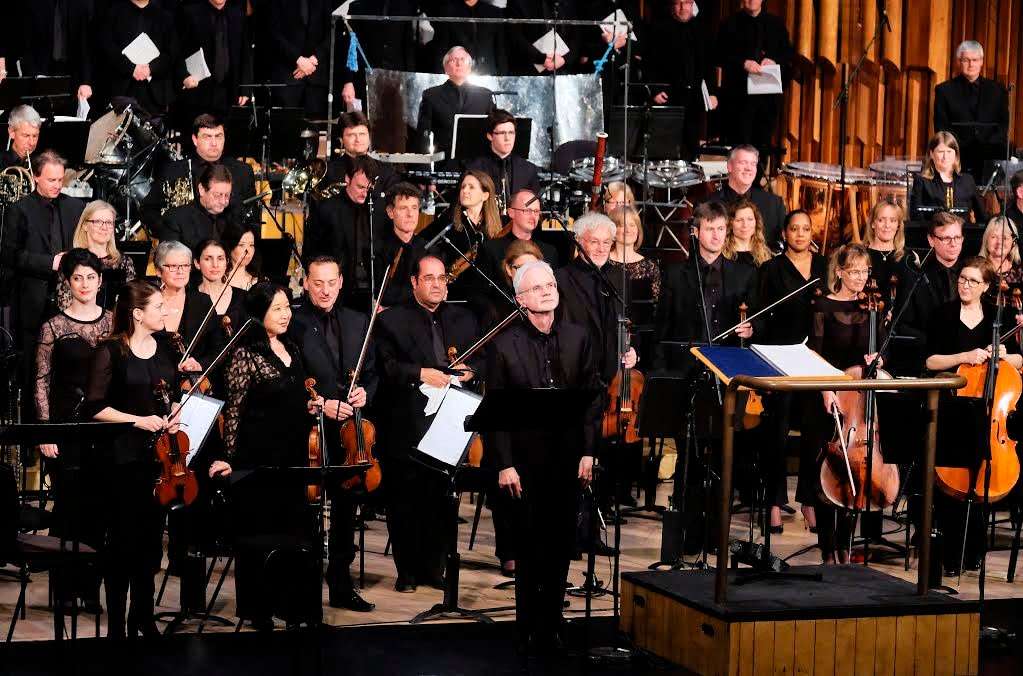 The strong cast was headed by two veterans of the score (at least for British audiences). Brindley Sherratt reprised his ENO role as Edward Teller and was joined by the creator of the role of Oppenheimer (has he sung every performance?), Gerald Finley, who is magisterial in the part, even when not singing (in Kenneth Richardson’s minimalist staging, mainly using costume to set the time and atmosphere), and never more so than in ‘Batter my Heart’. Dressed in fatigues, Aubrey Allicock and Marcus Farnsworth faced each other over the disagreement in weather while Andrew Staples’s Robert Wilson proffered worries about the ethics of the bomb, right until just before the test, scared to be attaching monitoring equipment to the bomb’s gantry. To Adams’s right was the preserve of the women at Oppenheimer’s home: the lion’s share given to gloriously dark-toned Julia Bullock as his wife Kitty, making the most of Adams’s settings of Muriel Rukeyser’s poetry, with Jennifer Johnston’s repeated lullaby refrain haunting portions of the second half.

After a six-day stint in the studio laying down the first recording of the opera, for Nonesuch (for CD, although there are two DVD versions already available), this was a satisfyingly cohesive reading, enhanced by the imprimatur of the composer at the helm. And given the precarious global situation developing between North Korea and the USA, there has never been a more pertinent time to remind ourselves of the power and problematic nature of the atomic bomb.