Ireland
Sonata in G minor for Cello and Piano
Piano Trio No.2 in E
Sonata No.1 in D minor for Violin and Piano
Songs – Sea Fever; The Holy Boy; In Summer Woods; Evening Song [arranged by Julian Lloyd Webber]

John Ireland died on 12 June 1962 – a passing marked by an ambitious five-day festival to celebrate his work alongside that of his teacher (Charles Villiers Stanford) and a number of pupils, including Britten, E. J. Moeran and Alan Bush. Sharing responsibilities for the festival were David Wordsworth, Artistic Director, and Bruce Philips, Director of the John Ireland Charitable Trust, and together they brought in an enviable roster of performers, topping off their marketing with attractive artwork. The festival base was appropriately the impressive structure of St Luke’s Church in Sydney Street, Chelsea, where Ireland served as organist for twenty years from 1904. With a particularly high ceiling the building’s acoustic is on the resonant side, but nonetheless it suits smaller chamber forces, with the piano lid kept on the lowest stick setting. 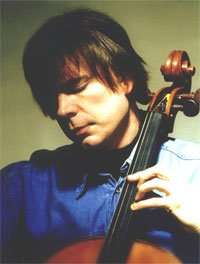 On its previous four days the festival examined the composer’s work for voice, for brass band and for piano, in the company of Ireland specialists, but for the final night attention turned to chamber music, which in Julian Lloyd Webber’s words tends towards the “gritty” – but in doing so illustrated how Ireland chose the mediums of the sonata and the piano trio to express deep-set emotion and even anguish.

That was certainly the case in the first half, which programmed two pieces of unstinting intensity. Julian Lloyd Webber has a long familiarity with the Cello Sonata, having recorded it with John McCabe for ASV in 1979, and has declared it one of the masterpieces of 20th-century cello literature. That may be disputable given its formidable company, but the work certainly exploits the probing sound of the instrument’s middle and upper register. The cellist was occasionally found wanting in the definition of the highest notes, and could have projected more dynamically, but the longer paragraphs of the first movement were impressively honed. John Lenehan found a focussed intensity in the piano part that seemed at one with Ireland’s thinking. The first and last movements end suddenly, each with an unexpected modulation that swings the key into G major as if suddenly turning in to a new road, and these two moments stood out in a largely satisfying performance.

More concentrated still is the single-movement Second Piano Trio, where Ireland often expresses himself in unison writing for violin and cello. Written while the composer was employed at St Luke’s, it bears the scars of the First World War, with anger and fear never far from the surface. Here it received a concentrated and rewarding account, with the sweet tone of Rupert Marshall-Luck’s violin offering some respite from the darker colours of the cello’s lower register – Lloyd Webber on secure ground here – and Lenehan’s ever-responsive piano-playing. From a ruminative opening the performance achieved considerable emotional heft and ultimately triumphed. 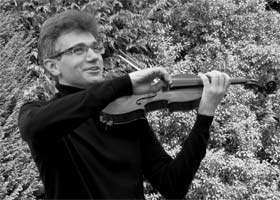 The second half of the concert offered some light in the form of Ireland’s First Violin Sonata. Completed in 1910, this substantial piece – the longest of Ireland’s chamber works – fought off considerable competition in the face of 133 other violin sonatas to win the Cobbett prize in 1909. Rupert Marshall-Luck had the appropriate tone for the dreamier episodes of the first two movements, which when coupled with John Lenehan’s beautifully shaded playing brought comparisons with César Franck’s Sonata. The distinctive three-note motif by which the first movement comes to be remembered was easy to track as it reappeared, Ireland’s melodic material more distinctive than in the Cello Sonata, and the unexpected modulation of the slow movement, from B major to D flat, was memorable too. Marshall-Luck briefly lost focus in the final bars, where the higher intonation went awry, but that did not harm a thoroughly enjoyable performance.

In a curious end to the programme Lloyd Webber and Lenehan reappeared to perform transcriptions of two of Ireland’s best known songs. Both Sea Fever and The Holy Boy transcribe well for cello, the former using the mellow middle register before using an effective octave displacement for the second verse, and here they received sensitive but not sentimental performances. Of greater surprise was the arrival of Lloyd Webber’s wife Jiaxin Cheng for a trio for two of the composer’s lesser known part-songs. In Summer Woods and Evening Song found an unexpected gracefulness that worked in spite of the sudden adjustment of the ear to the sonorities of two cellos playing in close proximity. Lloyd Webber showed the high regard in which he holds this composer, though it did emphasise by closing with four songs that perhaps Ireland remains destined to be remembered most for this genre. That would be a shame, for there is music of considerable emotional depth and beauty to be found elsewhere in his output; music that rewards the efforts made to listen to it.