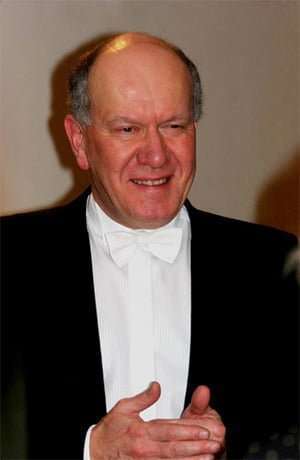 The second leg of John Lill’s Beethoven Piano Sonata cycle (at least in London – that in Manchester’s Bridgewater Hall being further advanced) was given before an audience that, unfortunately hardly less prone to un-muffled coughing at singularly inopportune moments, proved no less enthusiastic in its response.

Opening with the C major Sonata of 1795 might be thought tantamount to jumping in at the deep end, as this piece is among the most technically exacting of the series. Not that this fazed Lill – who, despite the occasional imprecision, steered a convincing course through the opening Allegro with its interplay of boisterous humour and plaintive expression, the development not wanting for cumulative power and the coda seemingly more resolute for the preceding cadenza-like passage which throws the formal design briefly yet pointedly off-kilter. The Adagio had all the limpidity and pathos one could wish, Lill rendering the minor-key episode with uncommon finesse before reconciling the alternate moods of this movement with suitably understated poise. While the imitative counterpoint of the scherzo (though not the plangent aspects of its trio section) recalls Bach, the spry rhythmic profile and teasing wit of the finale unerringly anticipates Mendelssohn – not least in this reading, where the artful modulations of the coda kept the final outcome in doubt until the very close.

A fine account, then, with that of the F major Sonata (1797) even more so. Partly this has to do with it being one of several Sonatas that are infrequently performed outside the cycle as a whole, for all that the piece remained among its composer’s favourites such as Lill underlined in an opening Allegro that – with its second-half repeat observed – felt substantial and even combative in its unfolding. Neither did the central Allegretto, in its minore character and stealthy canonic writing, offer relaxation, while the final Presto was taken at a headlong tempo which propelled the music onward with irresistible drive. Just passed midpoint it threatened briefly to come off the rails, though Lill’s unswerving focus ensured otherwise.

The Second of the Opus 14 Sonatas (1799), following after the interval, is comparably neglected. Here the music’s pervasive equanimity may well account for its being so passed over, and if Lill was mindful never to over-project or over-inflect the piece, his articulation prevented any risk of blandness. The opening movement unfolded with an appealing easefulness, then the quirky yet captivating variations (the first such in a Beethoven Sonata) of the Andante exuded a capricious charm that was adeptly complemented by its successor’s capering fusion of scherzo and finale attributes on its way to one of the composer’s most laconic signings-off: Beethoven at outwardly his most uncharacteristic is never less than Beethovenian.

Few, if any, of Beethoven’s Piano Sonatas is centred so much around the middle of the keyboard (even allowing for its lesser compass at the end of the 18th-century), thereby making the contrast with another C major Sonata (this one from 1804) the more startling. Much as the ‘Eroica’ had done with the symphony, so the ‘Waldstein’ took the sonata to a new level of formal and expressive inclusivity – not least in an opening Allegro whose progress is made the more acute when its incisiveness is tempered, as here, with a degree of thoughtfulness that enhances without impeding the music’s onward drive. Curious to think that the composer may initially have planned a four-movement entity: as it is, the Adagio that follows is very much the ‘Introduction’ to an extended second movement – its speculative nature no less audible in the transitions to the reprise then into the coda of a finale whose Allegretto moderato marking was unerringly observed here: the music unfolding in majestic terraces of sound which were both thrown into relief and galvanised by the surging elation of the closing pages.

Such, at least, was the impression made by the present performance – as probing and as complete as Lill can have given of a Sonata such as Beethoven might have surpassed in profundity but not in its unadulterated joy. That it was greeted by a standing ovation says much about the achievement of this cycle so far, and about expectation for what is still to come.