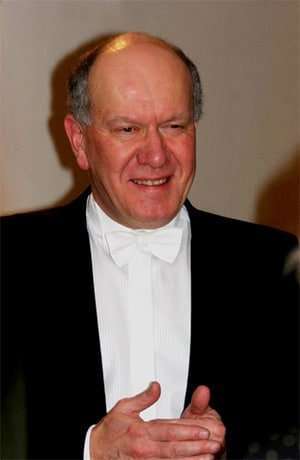 The final recital in John Lill’s Beethoven Piano Sonata cycle at Cadogan Hall might conceivably have been a gathering-up exercise, but the four works featured amounted to a sequence which, in terms of their tonal and emotional follow-through, was at least as cohesive and convincing as any in this series.

Whatever the composer may ultimately have felt, the listening public continues to hold the ‘Moonlight’ Sonata (1801) in palpable esteem. Lill made no attempt to instil the expressive contrast between its three movements with even a tentative unity: the opening Adagio was austerely eloquent and hardly surprising in its absence of poetic evocation (Lake Lucerne or otherwise), while the central Allegretto was no wistful interlude but an intermezzo which simmered with an anticipation that burst forth in the finale. Less headlong in onward progress than Lill used to take it, the emphasis is now on a smouldering pathos as gradually comes to the fore prior to taking hold in the extended coda – its rapid closing bars the more desperate in their finality. Overrated it may be, but this work retains its power to provoke.

As does the Opus 31/3 Sonata (1802), although here the provocation is essentially one of robust good humour. Lill duly underlined – without ever over-milking – the almost bluesy inflection of the chords opening the Allegro’s first theme, the movement as a whole unfolded in a mood of deadpan wit offset by a hint of insouciance. The scherzo then complemented this with its purposeful motion and questioning pauses that meet with a suitably curt response, whereas the Minuet (this Sonata is without slow music) was all ingratiating charm such as took on a more knowing quality in its Trio. Again, Lill was less precipitous in the finale than hitherto – though never to the detriment of the music’s energy or an irresistible verve that sees this most equable of works to its uproarious close.

With what to precede the final Sonata must be fundamental in the planning of any such cycle. Opus 78 has often been favoured in recent traversals, but Opus 90 (1814) is even more apposite, the most inward and intimate of any in the series, indicative less of a lack of direction at a time of uncertainty than a need to pose searching questions in the most confiding of terms. Lill has long got to the heart of the matter, and his approach here retained all its depth – whether in the equivocation of its opening movement (is there a more poignant expression of resignation than in its coda?), or the mingled warmth and contentment – unfolding at an ideally poised tempo – of its successor. Schubert has often been quoted in connection with this latter, but even he rarely touched on so potent a melodic vein as here.

And so to the ultimate Sonata (1822), Opus 111, which, whatever else, presents the salient facets of ‘late’ Beethoven at their most explicit. Lill brought out the imperious rhetoric of the first movement’s introduction as it is propelled toward the most granitic of his later allegros, its heroic overtones shot through with the striving for an equilibrium only possible when the often-explosive anger subsides and the ‘Arietta’ takes its course. Lill’s conception of this most far-reaching finale in any of the composer’s Sonatas has altered only incrementally over the decades: stating the theme in all its essential simplicity, he maintained absolute control over the accelerating momentum of Variations whose consistency of pulse keeps their ever-more improvisatory content in focus – culminating in the most speculative of cadenzas before the theme returns with increasing certainty to effect a coda which offers a glimpse of something ‘other’ as tantalising as it is short-lived. There was no easy consolation in the closing pages, not least with a final chord whose sense of benediction felt the more real for its transience.

Thus concluded as inclusive and as satisfying a cycle of Beethoven’s Piano Sonatas as has heard in London during recent years: one reaffirming John Lill as a communicator of the piano medium’s ‘New Testament’ with few equals – so making the need for new recorded versions the more desirable. Lill continues the cycle at Manchester until June, details on the video below.