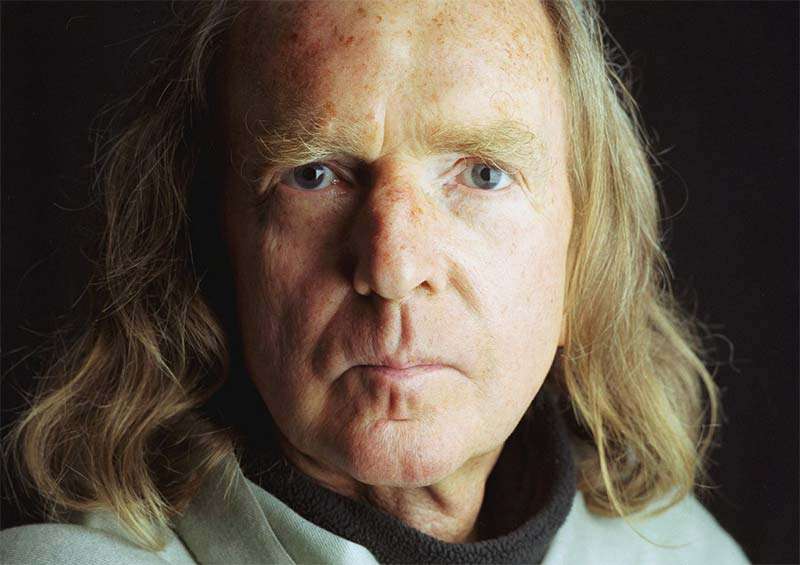 Two years into its five-year (at least) residency at the Barbican Centre, the Britten Sinfonia gave the belated world première of a major full-evening work by John Tavener, Flood of Beauty, composed between July 2006 and July 2007 but was left wanting a performance before his untimely death in November last year. This performance in association with Britten Sinfonia was co-commissioned by the Barbican Centre and Singapore’s Esplanade and would have celebrated the composer’s 70th-birthday year (along with the BBC Symphony Orchestra’s Total Immersion day on Sunday October 5).

While many of Tavener’s traits are present and correct – an extended sequence of repeated sections, here encompassing a musical palindrome, a rapt soprano and solo cello and the like – his choice of texts strays from his monotheistic religious-predilection of most of his works to the exotic world of Hinduism. He had initially been overcome by the ‘waves of beauty’ in the 100-stanza Sanskrit poem Saundarya Lahari or, as his eventual title has it, Flood of Beauty. Compared to the spiritual purity of much of Tavener’s word-setting, the orgiastic colours of this poem, with its multiple gods celebrating the beauty of Devi, the female consort of the god Siva, sets this work immediately apart.

Beginning and ending with the distinctive timbre of the sitar and tanpura, Tavener utilises his extended forces – separated into at least four stations across the hall – usually rather sparingly, so when they do come together, especially in the surround-sound his layout demands, it was both thrilling and telling. Behind the sitar, tanpura and tabla on Martyn Brabbins’s right, and baritone, soprano and cello soloists to his left, were the strings and piano with a percussionist surrounded by various gongs opposite timpani and organ. Behind them were Britten Sinfonia Voices. Up in the Circle, separated by the central block of audience members were two choir/instrument ensembles. At the very end the ethereal sound of a string quartet floated down from the very top level of the Barbican Hall’s seating.

Tavener breaks the 100-verse poem into five cycles There are two signifiers of the end of each cycle – a faster vocal pattern, rhythmically uttered by vocal soloists and then the three choirs in a canon that seems to jump in quicker at each cycle’s end; and slow solo-cello rumination, immediately reminiscent of The Protecting Veil. Each of the soloists assume a role: soprano as Sat (being), baritone as Chit (consciousness) and cello as Ānanda (bliss) and, within the larger palindromic structure, Tavener includes smaller palindromes as well as an important feature of the number 43 (Tavener states: “In the sacred diagram which represents the Śrī Chakra, nine triangles are superimposed around a small central circle, forming forty-three Konas or triangular projections. This highly symbolic number influences the construction of the music, as at every 43 bars the large Tam-Tam sounds…”).

In some senses the Barbican Hall, with its raised levels of seating is not an ideal venue for the work. Those sitting in the Circle would probably have the best effect with the ensembles either side as well as a good view of the string and choir ensemble with soloists on the stage, with only the string quartet invisible. But even in the Stalls, the antiphonal and aural distancing effects worked very well. Apart from Marcus Farnsworth and Allison Bell (radiant in red and sparkles) who sang in unison lines for the opening cycles, and shared the final cycle in breaking each verse between them, most of the solos were separate entities, Bell leaving the stage and joining the two groups upstairs for the central cycles.

Certainly Tavener’s conception evokes the waves implicit in the text, and his slow-moving game-plan with occasional outbursts of brass and ringing percussion, together with his typical ebbing and flowing vocal lines, come together in a rather intriguing mystical musical concoction. One initial hearing can’t, I’m sure, do it justice, but it can confirm the performance’s sure-footedness. While Bell took the lion’s share of the solo work, Natalie Clein’s secure cello tone at the instrument’s highest reaches was notable, as were the distinct, if subtler twang of Sheema Mukherjee’s sitar (over Omar Shahryar’s droning tanpura) and the discrete tapping, between verses 10 and 90, of Kuljit Bhamra’s tabla.