Jommelli
Il Vologeso – Opera in three Acts to a libretto by Mattia Verazi [sung in Italian, with English surtitles] 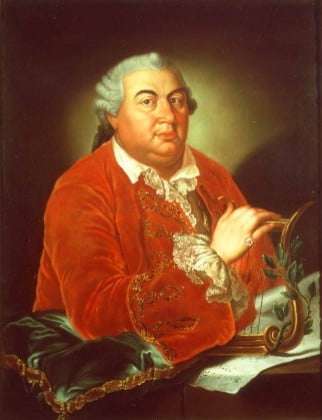 Like other composers such as Gluck, Hasse, and the sons of J. S. Bach, Niccolò Jommelli is one of those fascinating figures in musical history who rather fall between the two stools of the Baroque and the Classical periods. Despite paving the way from the one to the other, they have tended to be overlooked or forgotten in favour of the greater achievements of composers who flourished in the decades on either side of them. Ian Page’s ambitious project with Classical Opera to chart the course of Mozart’s career 250 years on reminds us that even such a phenomenon as he did not emerge from nothing.

Jommelli’s Il Vologeso (premiered in 1766) was one of the most popular of his eighty or so operas during his lifetime. Its structure is still essentially that of an opera seria (like Mozart’s earliest efforts), though the da capo form of the aria is often loosened with longer, more developed set-pieces; there are ensembles at the end of each Act; and the musical style veers more towards Classicism than the floridness of the Baroque. Even with Page’s vigorous conducting and a consistently enthusiastic and ebullient rendition of these numbers (often with pounding or roving bass lines) by Classical opera, there are still longueurs and dramatic pace can remain somewhat static.

Although there are frequent harmonic and melodic idiosyncrasies in Jommelli’s score, his music falls short of catching fire with the spark of genius. But Page might still have offered a little more insight into the music with more subtlety and contrast in the phrasing and articulation to enliven it as a dramatic work. However, credit must be given for the momentum and tension which he and the singers instilled in the long stretches of recitative in this concert performance. 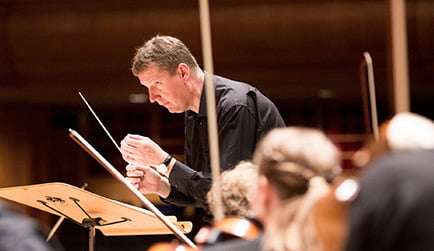 There was scarcely any weakness on the part of the singers, who achieved a marvellous variety of musical and dramatic realisations of their roles. Although Lucio Vero is a villainous emperor, with exploitative designs upon Berenice (the betrothed partner of Vologeso, the defeated king of the Parthians) Stuart Jackson sang the part with lyrical eloquence, revealing the character’s inner impulses with sympathy and nuance.

Rachel Kelly and Gemma Summerfield as the lovers Vologeso and Berenice (the latter’s fidelity remains firm in the face of Vero’s machinations) were capable of enacting their parts with alternate force and tenderness. Their cadenzas were sometimes overblown, perhaps, but Summerfield’s agile handling of the tricky coloratura was a wonder to hear. Angela Simkin sang Lucilla with charming demureness which elicited compassion for her situation as the intended bride whom Vero spurns.

In contrast with the powerful presences of these figures, Tom Verney and Jennifer France in their roles offered a musical counterweight with the comparative understatement and delicacy of their characterisations, providing some relief and humour within the drama.

Far from a mere musicological exercise in exposing an example from the little-known world of 18th-century opera between the High Baroque and the great achievements of Mozart and Da Ponte, this was an enjoyable and welcome opportunity to discover the work of a not negligible composer from that period.