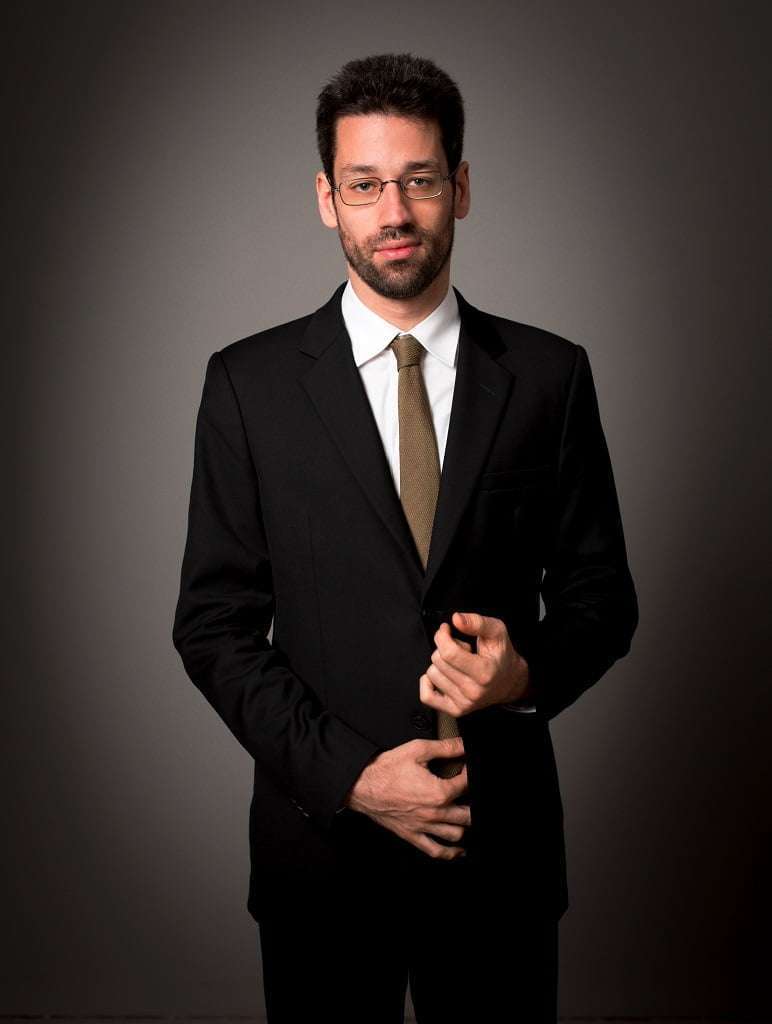 Over the past decade, Jonathan Biss has established himself in the front rank of younger pianists, extending his already considerable reach through online teaching courses and his e-book on Beethoven at the same time as sustaining high expectations with his Beethoven Piano Sonata series, now on its fourth release (of nine).

When I last heard him, in 2012, there was still an element of self-contained intensity to his playing, which, for all its undoubted passion and intelligence, led him to dwell on detail. This current recital made me realise how far, and how quickly, he has moved on. He seems entirely comfortable in his skin. The intensity doesn’t seem so inextricably linked with self-conscious tension; he sounds as though he trusts his instincts regarding the music’s bigger picture; wit and fantasy assert themselves as much as seriousness. In short, he’s lightened up and deepened, with wondrous results.

You instantly got that hit of Biss’s signature style of engagement as he slid down the rabbit-hole into the ambiguous opening of Alban Berg’s Piano Sonata. It wasn’t just the care he took with all the Second Viennese expressionist aspects and piano-colour, or his close identification with this one-movement work’s hectic emotional programme, or the remarkable tensile strength and rhythmic propulsion of his playing. He also revealed an affinity with the Sonata’s overt romanticism – there are times when you feel the music could tip back into Liszt or forward into Rachmaninov – and its orchestral potential and subliminal vocal agenda. Biss really knows how to make Berg’s lyrical atonalism sing and he went all out to deliver a towering performance of this virtuoso psychodrama.

By comparison, Berg’s teacher Schoenberg’s Six Little Pieces inevitably sounded rather recessive, complemented by the finesse of Biss’s sound, volatile phrasing and limpid concentration. Both works reminded how insidiously the piano, the bastion of functional harmony, rubs the edge off atonality, often to beautiful effect.

I wondered whether Biss would try to apply expressionist values to Schumann’s Forest Scenes. In the event, he was content to give full rein to this composer’s inimitable voice of charm, reverie, ebullience and half-perceived shadows, illuminated by his super-charged accuracy of characterisation. The cool of the forest and the melancholy of woodland flowers anticipated the Mahlerian otherworldly song of the ‘Prophet Bird’, and in the resonance of ‘Farewell’, Biss showed how completely he had pulled off Schumann’s double-act of enchantment and transformation.

Biss, who writes so lucidly about Beethoven, has made the point that one Sonata doesn’t necessarily prepare you for another, and went on to emphasise it by juxtaposing the mighty ‘Appassionata’ with the flighty Opus 79. Described as a ‘Sonatina’ in some editions (on account of its size rather than technical facility), the G-major is a light-hearted squib Beethoven lobbed into the world of ‘Les adieux’ and the late-period anticipation of Opus 78. Despite the odd smudge in his usually clean fingerwork, Biss tuned into Opus 79’s macho cross-rhythms in the explosive first movement, and just about kept the flickering finale in touch with substance.

He was stupendous in the ‘Appassionata’ and staked out its territory with decisive clarity, starting with precisely judged speeds for each movement – the Andante con moto of the variations ‘slow’ movement could have been taken for a steady allegro but for its attitude. The way he established the basics of the first movement immediately heralded its scale and dynamism, backed up by some heroic virtuosity – his repeated notes had machine-gun precision, and the brief moments of stasis in the finale highlighted the centrifugal force of the music, which went into manic meltdown for the coda. Just one encore, Schumann’s Arabeske.