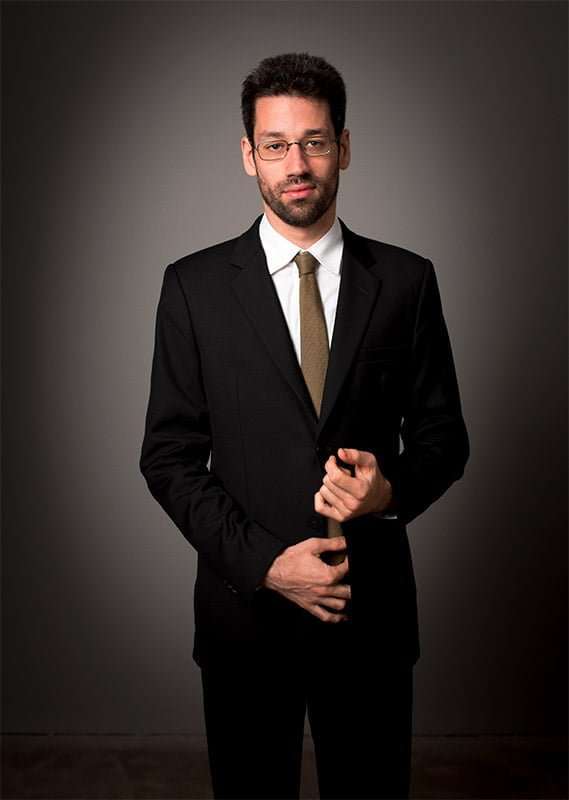 Every time I hear Jonathan Biss, even when he’s at his most driven and in spite of some generous pedalling, I am convinced by his authority and infectious involvement with the music. The 35-year-old American pianist/teacher/writer with an enthusiastic following this side of the Atlantic is about halfway through recording the complete Beethoven Sonatas but took time off from this project to revisit the Mozart in his repertoire.

The C-minor Sonata, though, with its Beethovenian range, is well-suited to Biss’s temperament, and he doused it with Sturm und Drang urgency, emphasising its clashing contrasts while feeding the bigger picture through his fine quality control over tone and the minutiae of Mozartean articulation. Sometimes the pressure of his playing was at the expense of minor-key Mozart at its most harmonically intense, but the sheer verve and craft of his Classical style were compelling. His Allegro assai for the Finale neatly fitted the music’s laconic character, and his subtle teasing of phrasing and rubato ensured the music never sagged.

But it was Biss’s playing of the slow movements of this Sonata and the one in F-major that his ability to tread a fine line between fantasy and vision came into its own, expressed through meditative self-containment and refined balance between the hands, with the latter’s weightless freedom a particularly challenging act of serenity, even on a modern piano. I still think that Biss is more attuned to Beethoven’s spirit and its brand of anarchy and humour, but his ease with Mozart was bracing.

He has often included Schoenberg’s Six Little Pieces in recitals, and in this instance each one elegantly pointed out their closeness to Mozart despite the 120-year age gap. They flowed from his hands, abstract and dense with expression, and the delicacy of Biss’s touch showed off the piano at its most spectrally beautiful, with poignant results in the last Piece, Schoenberg’s tribute to Mahler.

Schumann is central to Biss, and the latter’s identification with Kreisleriana proves what a complete musician he is. His closeness to the eight movements’ bizarre range of moods isn’t such that the differences end up dysfunctional or hysterical, and he has a way into Schumann’s febrile states of mind as refracted through E. T. A. Hoffmann’s strange anti-hero. Impulsive, with extremes of energy and lassitude, easily diverted in another direction and, above all, affectionate and vulnerable, this was an emotionally truthful and technically dazzling performance. The element of puzzlement in the opening pieces – the airless obsessiveness of the Second, the distracted bass line in the Fourth, the insanely fast Seventh – were all the work of a musical imagination working at full tilt. No wonder it was the composer’s favourite creation. Biss’s encore, Schumann’s ‘Abschied’ (from Waldszenen, Opus 82), neatly rounded off this great recital.