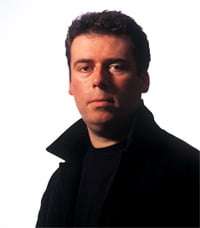 This was no ordinary concert, if it was a concert. Village Underground reminds of a warehouse, albeit one that is brick-walled, sparse with the minimum of facilities if acoustically impressive, and possibly deserted when not occupied by people for whatever a particular event may be. It’s not really ‘underground’ for just a few steps take the visitor from street-level to the floor. It’s all very informal.

Thankfully, this performance started late allowing your reviewer (directionally challenged at the best of times) not to miss anything. I couldn’t find the place! I had been on time with Holywell Lane mapped out (using Liverpool Street Station as a focal point). None of the locals I asked knew of the address, and even two out of three taxi-drivers didn’t recognise it! It was third time lucky!

Why was I there? Well, Classical Source had been invited, I have previously responded favourably to Jonathan Cole’s music and I was curious about his latest piece. Furthermore Classical Source has previously reviewed the enterprising London Contemporary Orchestra (links below) but I have only become familiar with its work from the editor’s chair. So this seemed a good opportunity to satisfy curiosity about the venue and burburbabbar za and to meet people previously face-less behind emails, which here included Hugh Brunt (not conducting this time but contributing on percussion), Hugh’s dad (not that he’s emailed me!) and Nini (representing LCO’s publicists) as well as having a few words with the already-known (and interviewed) composer.

Jonathan Cole is the London Contemporary Orchestra’s Composer-in-Association. Best that he introduces burburbabbar za:
“The title comes from the ancient Sumerian language dating back to the 4th millennium BC and translates roughly as “to make noise.” Whether the piece is an opera or not I don’t know – there is no story, there are no words – there are three singers and five instruments all of which have an equally important role in the unfolding of the drama. I do believe a strong drama is possible without a narrative – often words get in the way of our intentions in communication and much of the time people listen to opera without having a clue what’s going on because it’s in a language they don’t understand. One of the pleasures of living in London is sitting on a bus or tube and listening to many conversations in many different languages colliding with each other and the sounds around them – that for me is intensely dramatic and I’ve certainly tried to capture some of that ecstatic chaos in the piece. For the audience I want the piece to feel like an ancient apparition emerging and dissolving in front of their eyes and ears.”

burburbabbar za lasts about 30 minutes and is played from scores, although there seems to be scope for changes of approach from the performers. Thus the second performance (which I heard from a different seat) may have enjoyed diversities from the official premiere; certainly it seemed to flow more. The performers were dispersed either side and behind the audience, Hugh Brunt out of sight and further away at the front, all their sounds emerging from loudspeakers via a laptop and a mixing desk.

Leaving aside the composer’s description of the piece, my reaction (made under the relief of finally being there!) to the first performance was very much sound-orientated, somewhat disconnected as such if often beguiling and added-to by the real-life outside – raised voices and a plane!

Following simulacrum (for solo viola), “an image of something, a shadowy likeness, a deceptive substitute – mere pretence”, which in Robert Ames’s performance proved a compelling piece, one rising in intensity, the second outing for burburbabbar za (or another first performance?) made a lasting impression, its tranquil web of timbres (including water and suggestions of light winds) was therapeutic as well as engaging, a world away with the real one just outside! If not a drama, and maybe the idea behind burburbabbar za has its roots in John Cage and Stockhausen, there seems to be some very precise thinking here to realise something – that for this listener at least – was calming, assuring in an escapist way, and beguiling. Whether this was the composer’s intention, I know not.

Was it worth going? Yes. Bucketing rain had accompanied my outward journey and the initial non-finding of Village Underground was disconcerting to say the least. (Fraught!) But the experience of burburbabbar za was a positive one as was the communal experience of it and the personal interaction with those involved – it beats email and the Internet any day!