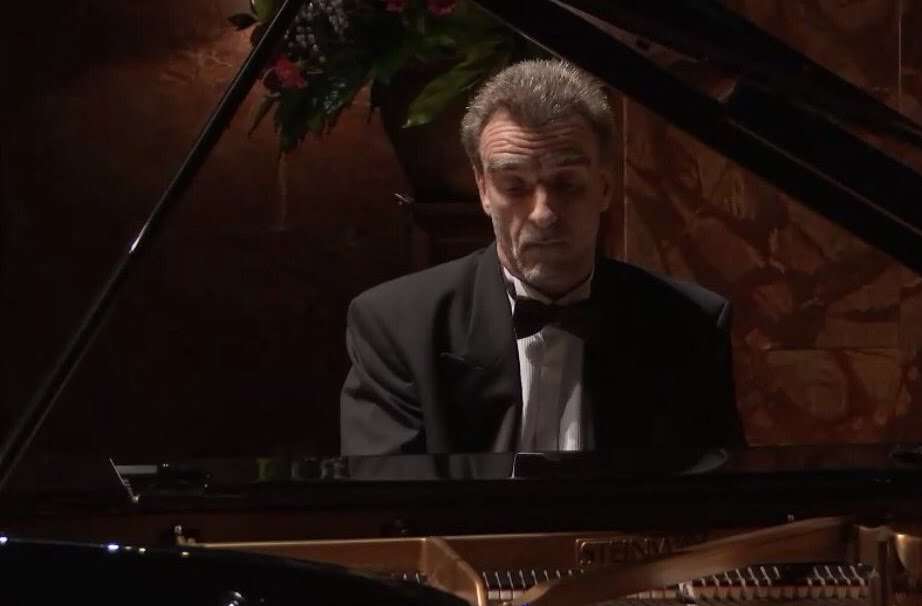 Jonathan Plowright completed his survey of Brahms’s piano music about a year ago (for BIS), and this recital marked the first in a series of six “Brahms Plus” programmes at Wigmore Hall, which runs through to 2020. Plowright’s discography (on Hyperion, too) is substantial and much praised and his Wigmore recital in 2016 proved beyond doubt that he is a force to reckon with, and this latest project has all the signs of consolidating his reputation.

Initially, I was wary of the prospect of three sets of Variations, all written when Brahms was in his twenties, all fiercely ambitious and, in the case of the Handel set, a worthy successor to Beethoven’s Diabellis. The exploration of every aspect of a Theme and being stuck in or around the same key while being swept away (you hope) by flamboyant keyboard wizardry can be a tough call. Plowright clearly appreciated this and pitched his approach to take in Brahms the baroque contrapuntalist as much as Brahms the poetic romanticist. He was also completely in charge of Brahms’s signature barline-blurring rhythmic complexities anticipated in the Hungarian Song’s alternation of triple and common time in the thirteen Variations and coda. There is plenty of hectoring and virtuoso potential in Brahms’s majestic and study-like piano-writing, but Plowright consistently deferred to the eight-bar Song’s more inward potential in the dream-like sequence of the middle variations before opening out into the rhapsodic conclusion.

As in his later Haydn Variations, Brahms upsets four-bar, foursquare symmetry in his Original chorale-like Theme for Opus 21/1, and Plowright exploited this built-in ambiguity to anticipate the shadowy world of the late piano music in playing of elusive delicacy – among the eleven Variations there are some heftier examples, but the quieter ones prevail, and Plowright gave the coda’s accumulative passion its due. Apart from being much longer than either of the Opus 21 sets, Opus 24’s twenty-five Variations and mighty Fugue, despite being based on Handel, develop into a late-Beethovenian transcendent glow, which Plowright negotiated with unfailing imagination and awareness. The way he folded Handel’s decorative flourishes into Brahms’s scheme reminded you of his compositional process of perpetual modification that chimed so strongly with Schoenberg, and the vitality of Plowright’s consideration of colour, shape and character was second to none, despite a style that is impassive to the point of inscrutability. But it doesn’t get in the way of finesse and subtlety or of his technical facility, and he really lived up to the grandeur of the finishing Fugue.

His ‘Plus’ for this recital was Bach – a soft-grained, dance-aware account of the G-major French Suite, with a particularly lovely, recessed ‘Sarabande’, with some Chopin-worthy agréments in the repeats. Then, following the interval, he offered a rather restrained version of the Italian Concerto, which focused on the florid vocalism of the slow movement. Perhaps because of the rigours of the Brahms, Plowright’s Bach was notably liberated and mobile. His encore was further Bach, sort of, in George Herbert Fryer’s transcription of the ‘Sarabande’ from the final Cello Suite, BWV1012.