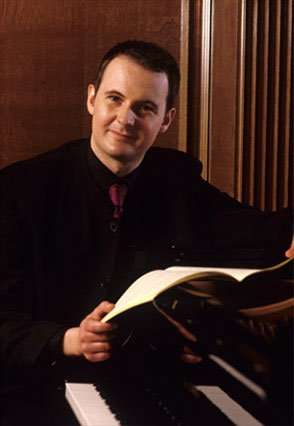 Here was a programme, quite out of the ordinary in terms of piano recitals, which in terms of musical interest held the attention throughout and saw Joseph Tong’s undoubted qualities displayed in admirable fashion.

This concert was partly to launch the second volume of Tong’s excellent survey of the complete piano music of Sibelius, a genre in the composer’s large output which simply does not deserve its continuing relative neglect.

To demonstrate just where Sibelius was coming from in his piano music, Tong began with one of Grieg’s very late and wholly original masterpieces, the seven pieces which make up Stimmungen (Moods), composed in 1905, two years before his death. In many ways, they can be likened to an additional set of Lyric Pieces (the tenth and final book of which had appeared four years earlier), but go rather further than those – as with the preceding work (also for piano), the Norwegian Peasant Dances, they reach further into Europe-wide folk-music to demonstrate Grieg’s innate and individual genius, which exerted a greater influence on his contemporaries than is often acknowledged.

The Stimmungen constitute varied dispositions, yet they hang together finely as a set. In Tong’s sympathetic account, one readily understood the impact this music had on both Bartók and Kodály, and also made a deep impression on Diaghilev, who – wanting to base a ballet on Grieg’s piano music – commissioned Stravinsky (his first approach to the composer) to orchestrate a selection of Grieg’s pieces (the orchestrations are lost – though some believe they resurfaced thirty years later in the Four Norwegian Moods).

Stimmungen is far from being salon-type pieces and pose interpretative challenges to any pianist. Tong was very convincing, being particularly successful in avoiding stylistic imitation in the Lisztian No.3 (‘Night Ride’) and the Study (No.5 – ‘Homage à Chopin’), albeit with the inferences being subtly pointed.

Grieg studied in Leipzig, where he heard Clara Schumann in her husband’s Piano Concerto, and whilst Schumann’s language cannot truthfully be divined in Grieg’s works, the essential ethos of the German’s approach remained. Consequently, with Schumann’s great C-major Fantasy to follow Grieg’s penultimate composition, a work dedicated to Liszt, Tong had prepared his admirably. Indeed, Tong delivered a reading of no little distinction – his warmth and depth of tone, range of colour, and grasp of the score’s great paragraphs and emotional strength produced a notable performance.

The Sibelius second half began with ‘Valse triste’ (from Kuolema), followed by his quite masterly set of Five Characteristic Impressions of 1924 – of which I should not be at all surprised, if one dug deep enough, to learn that this was the London premiere. I have not heard this music played publicly before – only on recordings – but Tong’s delineation of these miniature tone-poems (the first, ‘The Village Church’, and the fourth, ‘The Storm’ especially) was wholly compelling, before delivering a superb account of the early F-major Sonata – music that breathes the clean air of Scandinavia as naturally as may be: passionate, urgent, sweeping in the first movement, marvellously controlled yet simple in the slow movement and full of subtly shifting contrasts in the Finale.

Tong’s deserved encore returned to Grieg’s influence: Sibelius’s ‘In the Old Home’ from his own set of Lyric Pieces, Opus 74. This enthralling recital deserved a larger audience, but it was good to see the attendance of the Finnish Ambassador to the UK, Päivi Luostarinen, keenly supporting her compatriot’s music.