[Arias in English and Italian, sung in the original language, with English supertitles] 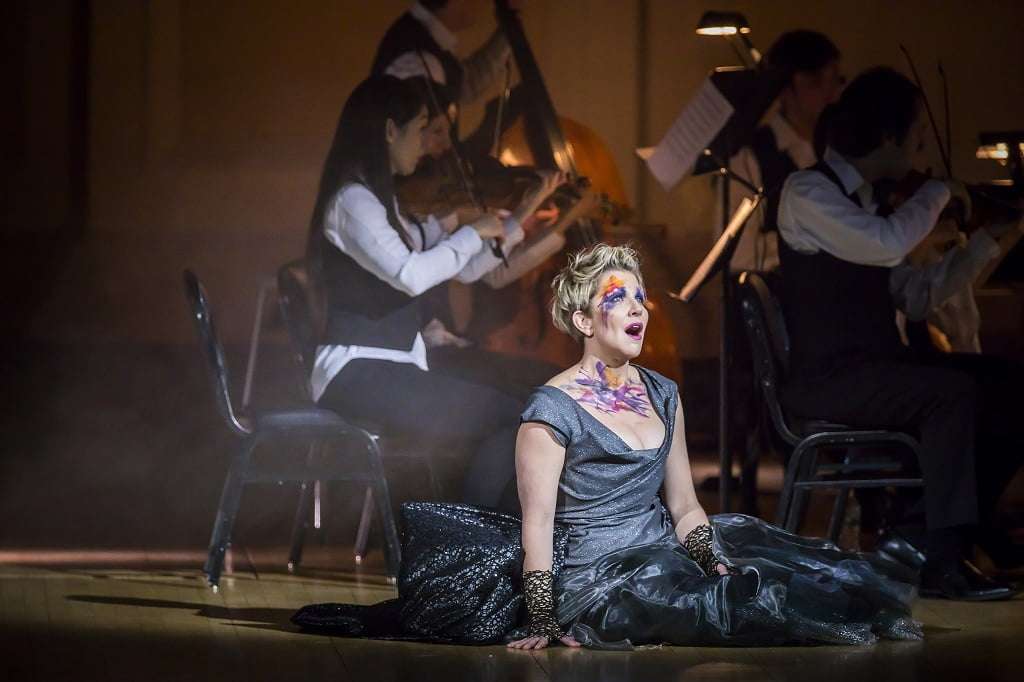 Joyce DiDonato delights in bringing a bit of showmanship from the operatic stage to her concert and recital work, matching her vocal virtuosity with charming enthusiasm and performing panache; however, during this latest and touring outing, some of these theatrics sadly undermined her artistry.

DiDonato sang numerous arias, mostly Baroque, with Il Pomo d’Oro, which played with great spirit, Maxim Emelyanychev also playing the cornetto during the De Cavalieri. Together they delved into the emotional richness of each piece, though the static interludes that separated arias were uninspiring. In her written note, she explains that she hopes to help audiences find solace amid chaos and divides the program into two halves depicting the contrasting concepts of War and Peace. The stage was further populated by Manuel Palazzo, who maneuvered his way around the stage while abstract projections filled the hall’s back wall. 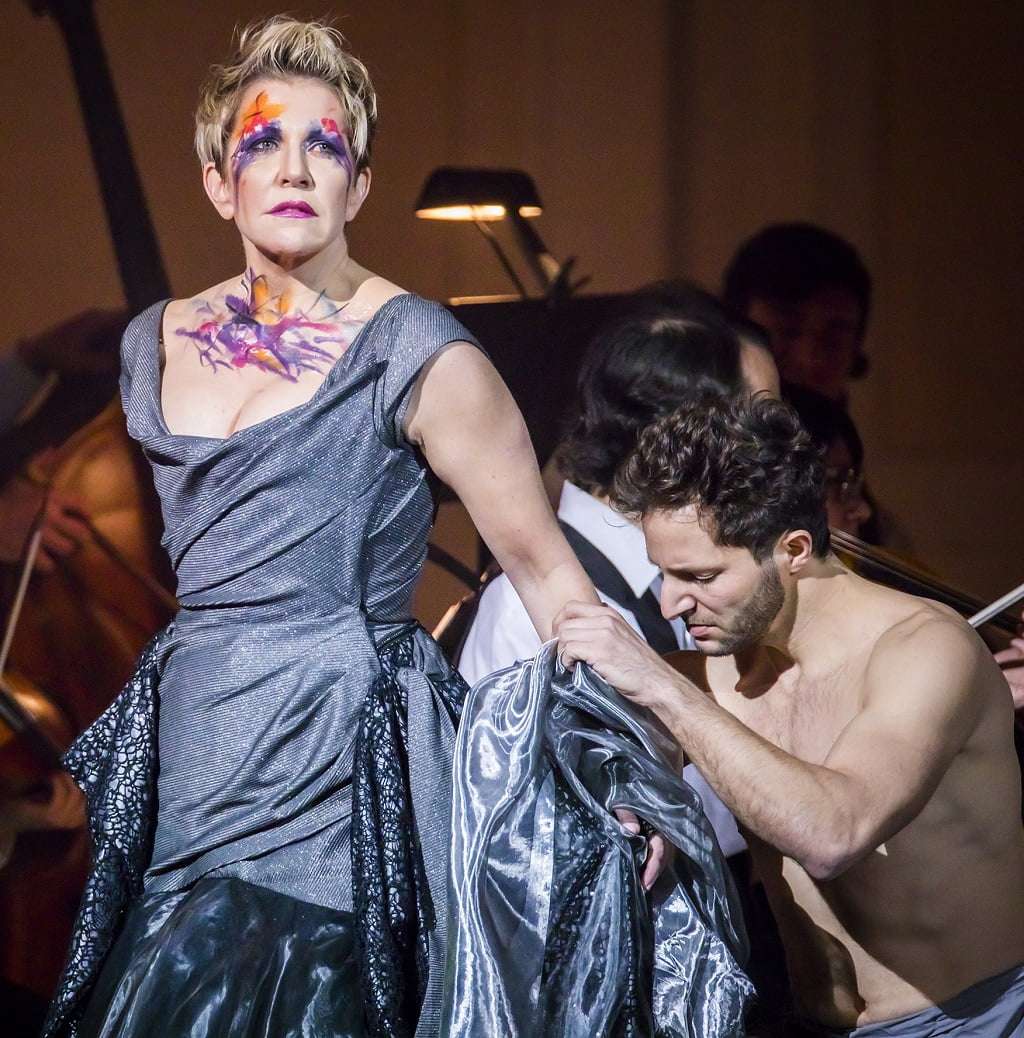 Despite great dedication, the performers struggled to communicate an uplifting message to the audience. The visual components seemed hastily prepared, and Palazzo’s dancing, while well-executed, only distracted from DiDonato’s singing. With creamy timbre, focused vibrato, explosive high notes, and robust chest voice, Joyce DiDonato is the complete vocal package.

Especially in the concert’s first half, she drew expressive depth from each aria, whether Handel or Purcell, delicately sustained high notes imbued with tragic fragility, and the intensity of Leo’s ‘Prendi quel ferro, o barbaro’ was riveting. DiDonato is a master of gauging the acoustic of each performance-space, and let her expansive tone comfortably fill Carnegie Hall.

After intermission, the evening turned to celebration, though at times DiDonato let her singing get ahead of her. The showpiece ‘Da tempeste il legno infranto’ was particularly rushed, the intricate runs growing wild and untamed. The highlight came during ‘Augelletti che cantata’, Anna Fusek imitating birdsong on a sopranino-recorder.

As encores, the Jommelli was reprised, and for a change of pace came a subdued rendition of Richard Strauss’s ‘Morgen!’, DiDonato noting that we can always look for hope with tomorrow’s rising sun.