Chorus of passers-by, soldiers, at al, from children at schools in Aldeburgh, Knodishall, Saxmundham, Leiston, Woodbridge, Framlingham, Southwold and Ipswich 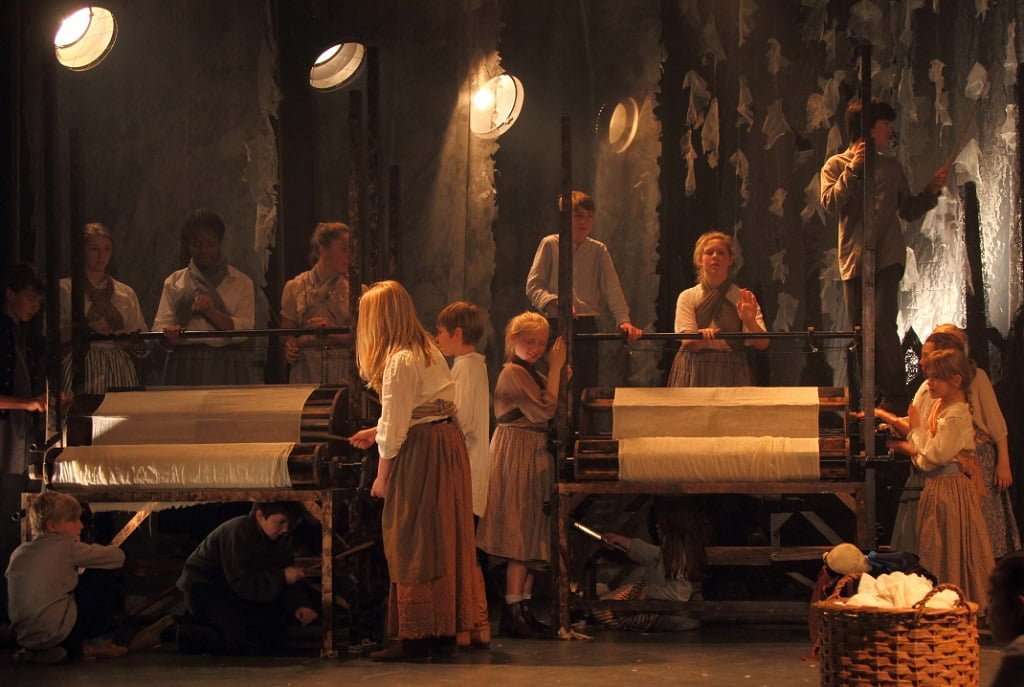 For more than twenty-five years, Jubilee Opera has been mounting productions cast from local schools in east Suffolk and staged at the Jubilee Hall in Aldeburgh. This venue has seen a steady stream of stage-works since the early days of the Aldeburgh Festival, and Jubilee Opera maintains a particular and potent spirit and style of music-making in this corner of England. The Jubilee Hall itself looks substantially the same inside as it did in the late-1970s, and while the auditorium is serviceable with good sightlines, the stage and backstage area need attention; plans are afoot for redevelopment.

I wonder how many local education authorities have the sort of input Jubilee Opera offers to schools’ music departments, especially when music seems more and more relegated to the back burner. The pragmatic, creative approach of artistic director Jenni Wake-Walker is along the lines of “if you want something done, do it yourself” and seems like the logical extension of what Benjamin Britten achieved in his community projects all those years ago. 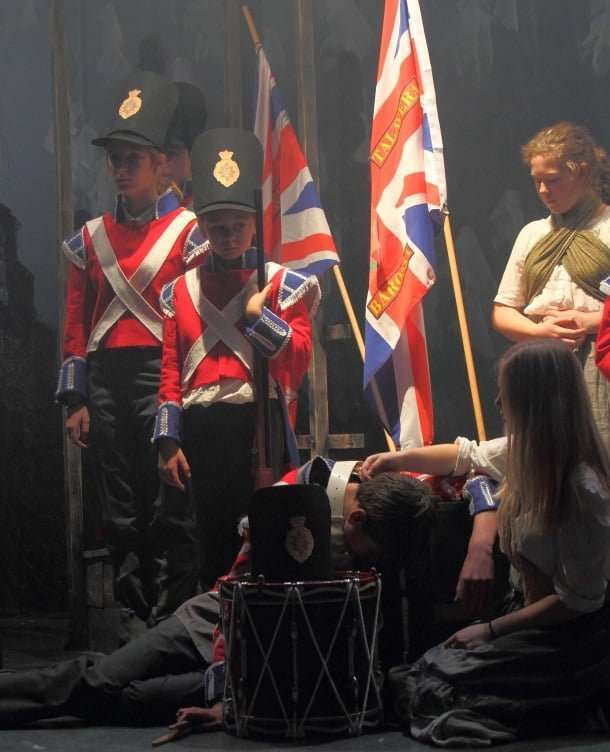 Although it is not specified by whom, Megg Nicol’s and David Stoll’s The Drummer Boy of Waterloo was commissioned to mark the bicentenary of the battle that finally did for Napoleon. It’s also not specified which of the two writers did what, although I assume that the Novello composer David Stoll supplied most of the music, which is clear and tuneful but not memorable.The Drummer Boy was Edward Drew, whose wretched and short life moved from the Poor House, after his soldier-father was killed in the Napoleonic Wars, to a textile mill in the north after his mother died, then escape from child-labour as an army Drummer Boy (used to beating-out signals during combat) at Waterloo, where he perished.

Nicol and Stoll have done that vital thing in giving everyone (about thirty children) things to do, and apart from one role for a grown-up, all the main parts – Edward’s mother, the three stages of Edward from child to teenager, the mill manager, soldiers, Edward’s orphaned friends – are all played by youngsters.

Lasting an hour, The Drummer Boy of Waterloo is as strong on narrative as it is on characters relating to each other – which is just as well, since in general the participants were more galvanised in the latter. The opening scene-setting proved a bit protracted, the scene about halfway through when Edward discovers his drumming gift and all the children start bashing anything in sight was the big highlight, and the end, when Edward finally gets to the battlefield – which you’d have thought was full of tear-jerking possibilities – just fizzled out.

On this first of the run of three performances, some of the singing was a bit reticent, although the venue itself is partly to blame for that, and the older boys’ voices weren’t very strong in their faux-baritone range. The Edwards (William Gidney, Theo Christie and Lucas Evans) were cheeky, dreamy and touching, William Rose’s boozy Barley was brash and confident, Eleanor Petheram as Ethel (Edward’s sort-of romantic interest) was sweetly sung, and Max Hall and Hugo Booth gave a good double-act as the recruiting officers. It was good to catch up again with the baritone Peter Brathwaite as the mill owner, both for his fine singing and his stage presence. The conductor Lee Reynolds was with the singers the whole time, and they weren’t glued to his guidance.

Lucy Bradley’s direction told the story efficiently, even if the depiction of child cruelty on an industrial scale in the textile mills was soft and cute. The logistics of moving a lot of people around the stage ran very smoothly. Claire Lyth’s set design of huge looms worked a treat, as did the costumes, and there was liberal use of atmospheric mist effects. I can’t see this becoming one of the classic children’s operas, but Jubilee Opera did it proud.