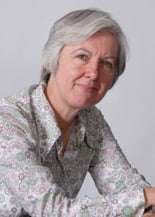 This weekend brings the annual Barbican Hall (and elsewhere) BBC Symphony Orchestra focus on a particular composer. This year it is Judith Weir (born in 1954) who is ‘telling the tale’. This present recital, one of three at the Guildhall School, made for an intriguing evening and was also a well-chosen ‘taster’ for the Weir adventure ahead.

One of the enigmas of Weir’s music is placing it. The chamber examples heard on this occasion – if their composer was not known – might have been thought of as French (by a colleague of Ravel) or American (a contemporary of a young Aaron Copland). ‘Early 20th- century’, then, sometimes with a toe in the preceding couple of decades. But there’s also a distillation of ‘the above’, and a nod to Minimalism, that makes Weir’s music both contemporary and freshly re-created.

The sheet of paper made available for this recital consisted only of the works and the performers – not even a mention of date of composition, number of movements, and certainly not a word on the music. With Judith Weir in attendance, it might have been an idea to ask her to say a few words. Nevertheless, Judith Weir’s music does make its expression lucid without recourse to anything other than itself – although the ‘Weir Weekend’ does also include films and talks.

This programme also gave a brief showcase for numerous Guildhall students, only violist Grigory Tsyganov playing in more than one work. The first movement of Weir’s Piano Trio begins with glacial timbres and contrasts with more-rugged writing, Weir’s typically elegant craftsmanship and clarity of thought informing this three-movement, 15-minute piece, in which the picturesque and the heartfelt are welded and the whole is full of delightful twists and turns, whether in the nimble, scurrying scherzo or the slow movement that also has ‘finale’ rhythmic-patterns breaking through. The performance seemed a fine one, although some of Sebastian Müller’s tone was questionable.

Quite why Gentle Violence is so-named, or why it is for piccolo and guitar, remains a mystery … and the several, pithy movements, if they had a story to tell, didn’t quite engage in this respect. The guitarist has the more interesting material and Ahmed Dickinson showed technical mettle if not the most alluring sound-quality, while Sara Urena Cabrera’s breathy piccolo-playing did not seem ideally poised.

The three-movement String Quartet, after the fragile, exploratory opening has the most ‘Scottish’ connections, and the occasional echo of Tippett’s music; the roundedly-jagged rhythms of the second movement appeal and the finale seemed a remarkable combination of Hugo Wolf’s Italian Serenade and the ‘rushing figures’ associated with Sibelius!

Maybe the interval wasn’t needed. The return was marked by two piano pieces. The opening bars of The King of France suggested a speeded-up passage from a Chopin Ballade before syncopation and elaboration took over. Eliza McCarthy might have allowed more silence before signalling the piece was over. There was an element of ‘obligation’ to her performance, which was overshadowed by the relish James Willshire showed for I’ve Turned the Page…, a gem of a piece – laconic, jazzy, a sort of 19th- and 20th-century ‘collide’ and with very generous chords.

Finally, the piano quintet (double bass replacing second violin) that is I Broke Off a Golden Branch – and preceded by a tuning session that was quite a ceremony! – music rich, luxuriant (not unlike ‘early’ Britten), mystic and with a still-centre of great expressive potency. It closed this rewarding concert in fine musical and performance style.