Over its long history the Juilliard Orchestra has achieved a well-deserved reputation as the leading music-school orchestra in the US. Its members, soon to embark on professional careers in music, take to the assigned repertoire with enthusiasm, diligence and a sense of adventure, inspired by guiding maestros. One such, James DePreist, this year vacates the post of director of conducting and orchestral studies at Juilliard, having served since 2004. DePreist has had a distinguished career, as music director and guest-conductor with celebrated orchestras and has assisted such as Leonard Bernstein and Antal Dorati. He is also an accomplished poet and has been awarded numerous honorary degrees. Unfortunately, he lost the use of his legs and conducts from a wheelchair. Even with this impediment, he commands attention and respect. 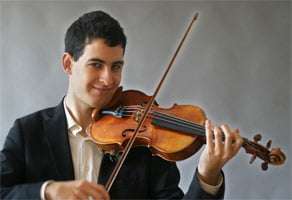 Itamar Zorman, born in Israel in 1985, a Juilliard graduate, and a prize-winner, has a very promising career ahead of him. His skillful handling of the rigors of Alban Berg’s Violin Concerto was ample evidence of his considerable talents. Berg had already agreed to write a concerto for Louis Krasner when he received word of the tragic death of the 18-year-old Manon Gropius (daughter of Alma and Walter). The concerto is dedicated “to the memory of an angel”. The first part of the work contains a portrait of Manon, the second-section Allegretto, according to Berg’s friend Willi Reich, “captures the vision of the lovely girl in the form of a graceful round dance with at times a gentle, dreamlike quality…”. Beginning with a shriek, the following Allegro that begins Part two conjures up the horror of the death struggle, broken only by the last memory of life ebbing. To begin the succeeding Adagio, the chorale ‘Es ist genug’ (It is enough) from a cantata by Bach is quoted, a telling musical reference. Although this concerto is not as metrically or rhythmically complex as other works by Berg, the Juilliard players seemed hesitant through much of the opening, DePreist keeping them at bay for the most part in favor of the soloist. Zorman showed off the warm and full-bodied tone of his Guarneri to splendid effect in the more lyrical phrases. Although DePreist maintained an overall balance that supported the soloist, occasional rhapsodic effusions did manage to cover the soloist’s breezy repartee. The playing seemed more focused during the challenging Allegro section, while the concluding Adagio, though played with considerable intensity, seemed short on depth of feeling. 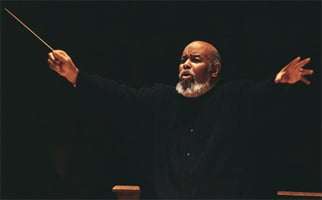 In his recording with the London Symphony Orchestra, DePreist approached Mahler’s Fifth Symphony from a generally conservative viewpoint. He was similar with the Juilliard players. Not given to affectation in his handling of lyrical material or excessive contrasts in either dynamics or tempos, he led a rather staid performance. For the most part the performance was played well, particularly by the strings, but brass guffaws were too numerous to be insignificant. After a straightforward opening trumpet tattoo, the melancholy main theme had just the right degree of flexibility. But soon thereafter a noticeable increase in tempo impelled the music forward as if seeking some indeterminate goal. Had such impulse been consistently applied, it might have added the greater intensity that was occasionally lacking. The vehement second movement was generally understated and suffered from a sluggishness that may have caused the string ensemble to get muddled. Brass was restrained, although this section came alive for the first statement of the chorale that returns at the symphony’s end. The scherzo was here the least successful movement, suffering from lack of spirit, particularly problematic given that this is the symphony’s longest movement. DePreist made effort to pump some life into it, but the orchestra members seemed either uninvolved or simply unable to express the Viennese lilt that can make this music bubble over with joie de vivre. As a result, execution became mechanical. Only during the rapid conclusion did this music come to life. Strings and harp gave a generally fine reading of the Adagietto fourth movement, although the cellos failed to play their augmented version of the beautiful main theme with sufficient expressivity (marked seelevoll, soulful). The Allegro giocoso tempo for the finale needs to be sufficiently upbeat if a performance of it is to succeed. But DePreist set a too-cautious pace. Instead, dynamics became restrained, temperament mollified, with playing anemic and tempos sometimes sluggish. Only the reprise of the chorale brought relief from this tiresome performance.

Notwithstanding such problems, the audience was enthusiastic. It is always a delight to see so many young people, especially when many come to cheer their friends and fellow-students, who we all hope will keep the fires of classical music ever burning brightly.