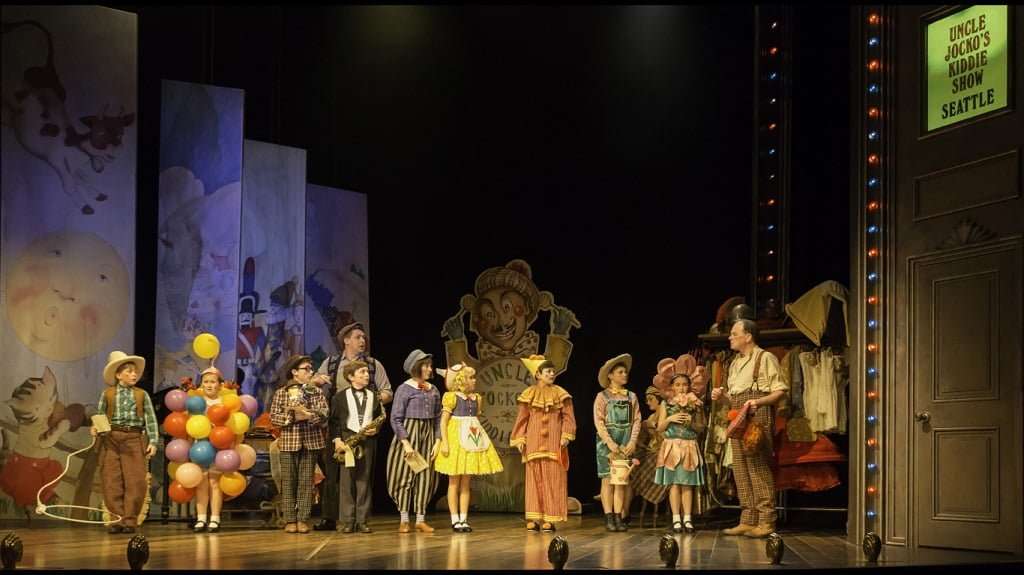 Gypsy is a masterpiece, a brilliant work of musical theatre in which Arthur Laurents’s book, Jule Styne’s music and Stephen Sondheim’s lyrics combine to make a sublime and flawless confection. First produced on Broadway in 1959, it had to wait fourteen years before being staged in London, partly because no-one seemed suitable to fill the demanding central role when the original star Ethel Merman refused to sign for a long run. At last Angela Lansbury took on the role at the Piccadilly Theatre and triumphed, followed towards the end of the run by Dolores Gray. The show has not been seen in London since, though it was made into an admirably faithful film starring Rosalind Russell, became a television movie with Bette Midler and has had three Broadway revivals, with Tyne Daly, Bernadette Peters and Patti Lupone. Barbra Streisand has also shown an interest in starring in another film version.

The central role, based on the mother of actress June Havoc and the stripper Gypsy Rose Lee, is that of Mama Rose, the stage-mother to end them all, fearlessly dragging her two daughters across the USA during the declining years of vaudeville, headlining the precocious “Baby June” in an act including a boys’ chorus and June’s less-talented sister Louise, who plays the back half of a cow in their farmhouse routine (Rose’s yelled off-stage instruction to her, “Sing out, Louise!”, has become something of a Broadway catchphrase.) When June rebels and runs away to elope with one of the boys, Rose re-focuses her maniacal ambitions on Louise. 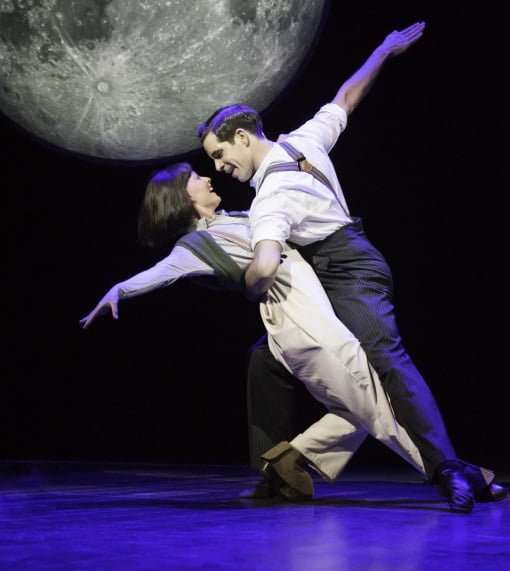 In her single-minded pursuit of vicarious stage stardom Rose is obsessive indeed, but in Imelda Staunton’s brilliant portrayal, she is also boundlessly energetic, resourceful, at times very funny and, in her misguided ambitions, truly poignant. When she confronts her grown daughter, who has become the famous stripper Gypsy Rose Lee, with a litany of her sacrifices and the question, “What did I do it for?”, Louise replies, “I thought you did it for me, mama.” It is the cue for Rose’s stunning outburst of self-realisation, a musical nervous breakdown in which she confesses to getting merely “scrapbooks full of me in the background” in exchange for all her efforts. Aptly titled ‘Rose’s turn’, the number is a tour de force which, though it is a collage of several Styne melodies from the show, was assembled and structured by Sondheim.

Transferring the Chichester Festival Production, director Jonathan Kent, who also worked with Staunton on her award-winning performance in Sweeney Todd, has surrounded her with a grand cast. Louise’s graduation from awkward performer and love-struck teenager to cool striptease star “who reads book reviews like they were books” is finely etched by Lara Pulver, who also has a joyous musical moment when she joins Tulsa, the boy she likes (a spry Dan Burton) in the dance act he is secretly rehearsing. Gemma Sutton embodies the cute June, who sees a chance of true stardom snatched away when her mother refuses to let her leave. Peter Davison is the embodiment of decency as Herbie, Rose’s manager and partner, bringing a good-natured sense of fun to the perky trio, ‘Together, wherever we go’, which gets a great ovation. 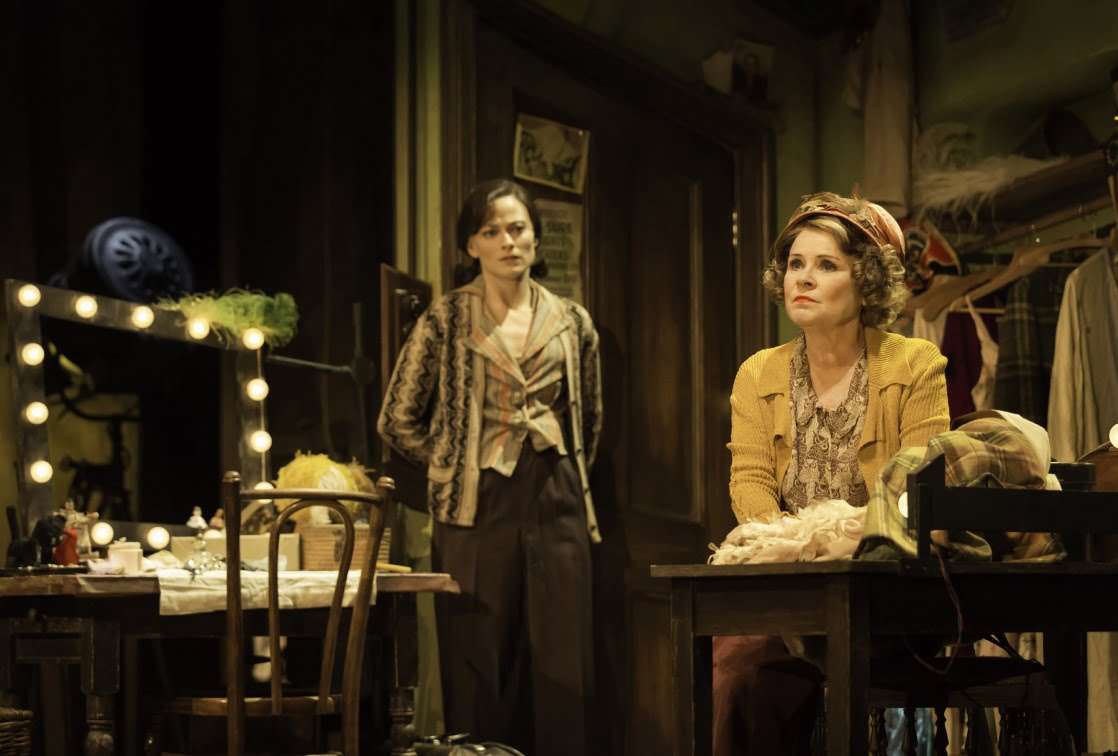 But then so does every number in this score including the rapturously lilting duet by the sisters, ‘If mama was married’, and a raucously vulgar but irresistible number for three strippers, ‘You gotta get a gimmick’, an hilarious routine as performed by Anita Louise Combe, Julie Legrand and reliable Louise Gold as Mazeppa, who makes dandy use of a horned instrument (“If you wanna bump it, bump it with a trumpet” – Gold also understudies Staunton).

The sound-design by Paul Groothuis achieves a perfect balance, and Nicholas Skilbeck and Tom Kelly have provided fine orchestrations, though as far as I could tell leaving the famous Overture virtually intact. Two dance sequences devised by original director Jerome Robbins, a clever time conception and the strippers’ routine, have been retained, but Stephen Mear has choreographed the other numbers, principally the amusing vaudeville recreations and Tulsa’s number, ‘All I need is the girl’. Anthony Ward provides evocative sets and costumes.

Finally, one has to return to Staunton, who excels in every facet of the role. Her voice is both melodic and clarion-like in its immediacy, and it is doubtful that any other Rose since Merman has enunciated so clearly. Styne once confessed that his theory of writing for Merman was, “Give her a big note to start with, and a big note to finish.” In Staunton’s first solo, the defining ‘Some people’, she declares that “Some people sit on their butts, got the dream, yeah, but not the guts” and one winces at her growled disdain for ‘blueberry pie’. The station set for the first Act closing could be more atmospheric, but Staunton’s rendition in it of ‘Everything’s coming up roses’ rightly brings the house down, as does her singing and strutting for the breathtaking ‘Rose’s turn’. This production is a well-nigh perfect recreation of a Broadway classic – I was in a state of euphoria for most of the evening.