Whereas concert programmes of the complete sonatas for violin and piano by Beethoven and Brahms are relatively commonplace, it is a rare thing to experience in one sitting the three works written in the form by Robert Schumann, still in his bicentenary year. In offering us this opportunity, Julia Fischer and Martin Helmchen demonstrated a keen affinity with Schumann’s music and forms of expression. Performing them in a logical order, they were nonetheless left with two works in the same key with which to play the first half.

In the First Sonata Schumann himself makes the distinction that the work is ‘for piano and violin’, and the resultant performance recognised this. With a fair amount of the melody presented in mid- to lower-register Fischer did well to project this, though with Helmchen’s prompting there was a satisfying sense of give and take between the two musicians. With flexible tempos and sensitive rubato, the question and answer format of the central Allegretto was especially good, and the forthright finale made a strong impact, though not much room was left to exploit its potential humour. What did come across, however, was the composer’s concise form, and the tension wrought by a running battle between A minor and F major, the ‘home’ key only just winning. 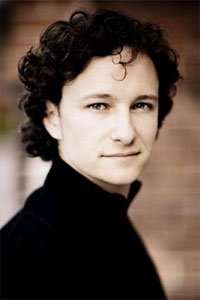 Only two years separate the three sonatas, the third published without an opus number in 1853. Originally its Intermezzo and Finale were part of the collaborative ‘FAE Sonata’, written for Joachim by Schumann, Brahms and Albert Dietrich. Schumann added the first two movements in just three days, and the fluency of composition was reflected in this performance. Again Fischer was a model of concentrated thought, while Helmchen helped lend an impressive heft to the finale, as well as easily negotiating the tricky arpeggios within the Intermezzo.

Good though it was to see greater prominence for these two works, the Second Sonata showed itself once again to carry much greater impact. Fischer and Helmchen were superb here, immediately conveying the stature of this substantial piece in its introduction, the double-stopping of the violin placing the principal melody in block capitals. After this the urgency of the fast music swept onwards, Helmchen using the pedal sensitively to bring through the many countermelodies and rhythmic quirks that bring this work close in style to Brahms. The emotional centre of the piece, and indeed the night’s music, was the slow movement, where Fischer’s pizzicato was unexpectedly poignant at such a quiet dynamic, the chorale theme beautifully paced and phrased as it unwound. A terrific performance found room for light and shade among the busy rhythms, the initial angst of the work giving way to a vibrant, energetic finish.

As a charming encore the duo returned to the Third Sonata, performing the Intermezzo out of context but in doing so making the most of its appealing simplicity.