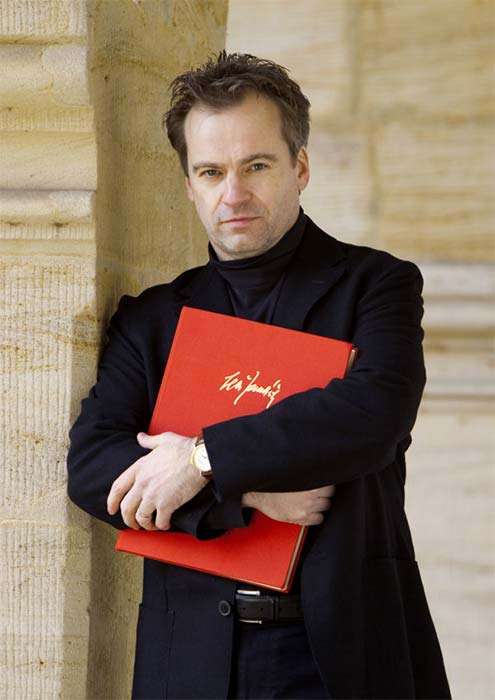 This Sunday-morning concert at a prestigious Berlin address opened with Ravel, his subtle and refined orchestration of the for-piano, Schubert-inspired, Valses nobles et sentimentales, which found the Junge Deutsche Philharmonie in colourful and seductive form, Jonathan Nott at-one with the music’s capacity for enigma and enchantment. The opening, percussion-fuelled, number had led the way – with lilt and discretion – and, throughout, solos by woodwind principals were very personable; and, despite the personnel involved (founded on ten left-positioned double basses), clarity was exceptional, Ravel’s watchmaker’s precision and airy scoring never compromised.

For Mahler’s Kindertotenlieder, to poems by Friedrich Rückert, one might take a (here) soprano as representing the grief of a young mother on the death of her children. In fact, Michelle Breedt (with score, Nott without one, as for the Ravel) gave a rather mature (maternally experienced) account, vocally husky for lower notes, and slightly outside the emotions expressed; whereas orchestral solos, especially from oboe and horn, were intrinsically heartfelt in music that is predominantly unhurried, save for the stormy opening of the fifth and final setting.

Shostakovich’s remarkable ultimate Symphony encapsulates the works that went before it – in irony, edgy eloquence and eruptive power – and with a distillation that focuses on essentials, nods to Rossini and Wagner only adding to the music’s fascination and riddle. 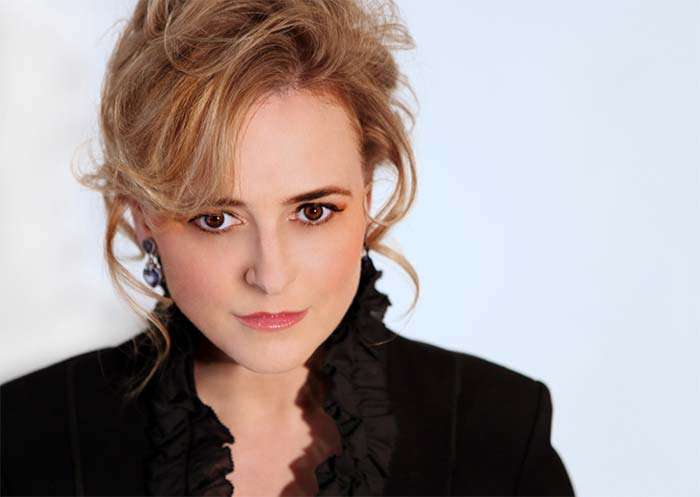 The opening Allegretto was judged perfectly to the marking – giving time to articulate and point – the trumpets’ William Tell quotations slyly witty. The use of antiphonal violins further clarified the vertiginous if pin-point orchestration, and there was a fab solo from the leader. Nott went, more or less, straight into the slow movement, heralded by baleful brass, music laden with lament and with a deeply eloquent cello solo that remained secure into the instrument’s highest register. This is insular and eerie music; flutes suggest Siberian chill, and a trombone solo might be heard as a funeral oration, played with much sensitivity. When the climax arrived, it wailed. Shostakovich attaches the sardonic Scherzo, introduced by barefaced bassoons, and with its percussion look-back to the ‘withdrawn’ Fourth Symphony. Following this jittery music, Nott also moved directly into the Finale, with its Siegfried intimations, bittersweet melody, cathartic climax and fade to ghostly hypnotic ticking, ending on a tells-all chime. This was an absorbing performance, played superbly and interpreted with all the insight and conviction that this mesmerising Symphony demands.

Sound and picture were exemplary from the Berliner Philharmoniker Digital Concert Hall, so too the presentation, which was as straightforward as can be imagined – silence, save for audience hubbub and the intercom announcement (in German and English) to switch off electronic paraphernalia and to keep coughing guarded; thus the music went on to speak for itself.

As for Jonathan Nott, an Englishman abroad, he demonstrated once again that his continued absence in London (whether as a guest or as something more permanent) is a loss to the capital’s music-making; therefore, following a long stint in Bamberg, music-lovers regularly at his current centres of excellence – Geneva and Tokyo – are to be envied.