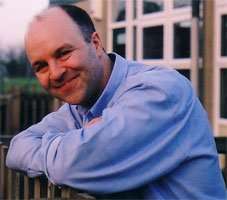 The programmes in this fifty-second year of the Kensington Symphony Orchestra, under its current chief conductor, Russell Keable, are particularly adventurous, and would stretch the powers of several of the world’s finest orchestras. This Cadogan Hall concert was a good example of such challenging programming.

Stravinsky’s Symphonies of Wind Instruments (played in its 1947 revision, the original 1920 piece written in memoriam to Debussy) received a creditable performance but lacked that essential characteristic of inner momentum, which – in this of all works – is so difficult to bring off, for the piece almost invariably gives the impression of being, in temporal terms, a static score. Such a paradox is very difficult indeed to reveal to an attentive audience – the acoustic plays a more significant part in realising this work than in many others – but, on this occasion, particularly as Cadogan Hall’s acoustic can vary from wherever one is sitting, it appeared that the work was reduced to a series of gestures, rather than delivered as a coherent, continuous ritualistic procession. 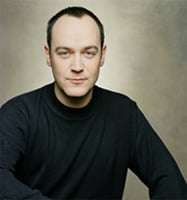 Leon McCawley, in Beethoven’s G major Concerto, proved eminently up to the task, although from where your correspondent was sitting (two-thirds of the way back in the Stalls, to the right) the sound of the piano gave the impression that it was not in the best of condition; the tone appeared ‘clangy’, not to say steely, at times, and occasionally suspiciously out of tune (in the region of C above middle C to the sixth above).

However, clearly, soloist and conductor were of similar minds in this reading, preferring to concentrate on the more masculine aspects of the work at the expense of the feminine, which latter characteristic was underlined with inorganic changes of tempo. Such a view of this imperishable masterpiece is entirely defensible, but this was not, in the circumstances, a wholly satisfying performance.

Finally, Martinů’s Sixth Symphony (composed in 1953 for the Boston Symphony Orchestra) was a brave and wholly admirable choice. In this undoubted masterpiece Russell Keable was in his element, directing a performance of considerable penetration and insight. The Kensington Symphony Orchestra, very well led by Alan Tuckwood – his solos in the symphony were excellent – responded superbly, to close the concert in a suitably uplifting manner.