Gerhard
Concerto for Orchestra
Tchaikovsky
Manfred – Symphony in B minor after Byron, Op.58 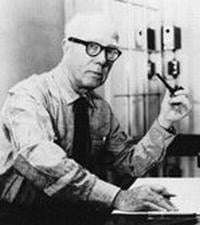 Although it enjoyed a revival at his centenary, the music of Roberto Gerhard has never attained the level of exposure in the decade prior to his death in 1970. Of his orchestral works, the Concerto for Orchestra (1965) has fared best: Sir Andrew Davis revived it with the BBC Symphony in the early 1990s, and now Russell Keable has taken it on as a tough assignment for the Kensington Symphony Orchestra.

Playing for some 23 minutes, the Concerto typifies Gerhard’s later music in its intensive focus on texture and sonority. Yet this is no mere exercise in post avant-garde stasis – indeed, the sheer velocity of this piece confirms Gerhard’s adherence to a Schoenbergian harmonic density going hand-in-hand with an acknowledgement of Stravinskian rhythmic dynamism. It is the way in which Gerhard fuses these nominally opposing legacies, thereby underlining rather than diluting his own expression, that marks out the Concerto as being among the highpoints of post-war European orchestral music.

A successful performance must, at the outset, find accommodation between its musical extremes: in this respect, Keable succeeded admirably. Thus while the opening minutes had irresistible vitality, the passages of elemental stillness that predominate towards the centre lacked nothing in poise or intensity. Gerhard was among the first composers fully to integrate the percussion section within the orchestra as a whole, and the playing here left no doubt as to its importance; not least in terms of those stealthy ostinato patterns that suddenly assume centre-stage – initiating a polyrhythmic process that, especially towards the close, generates exhilarating energy. But then, Gerhard (as with his younger and otherwise very different contemporaries Carter and Lutoslawski) essentially ‘does the work’ for the audience provided that the performance measures up to the music: suffice to add that, in this performance, technical shortcomings were very much an exception to the rule.

No doubt in respect of Gerhard’s stated conviction that “Understanding comes first, knowledge second”, Keable desisted from introducing the performance. As he did with that of Tchaikovsky’s Manfred Symphony (1886), though the programmatic nature of this work makes descriptive analysis superfluous. And, other than a degree of over-emphasis during the stark juxtapositions of the first movement, with its representations of the eponymous anti-hero and his ill-fated beloved Astarte, the performance was hardly less successful. The scherzo’s depiction of the Alpine Fairy could have had even greater lightness of touch, but the trio section (featuring one of the composer’s most appealing melodies) was winningly inflected – not least when the fateful ‘motto’ theme erupted at its centre. The slow movement, in its pastoral evocation of mountain dwellers, has a similar trajectory and was equally convincing – Keable drawing a wholehearted eloquence from the players.

If the finale is more problematic, this is essentially Tchaikovsky’s fault: its febrile depiction of the Bacchanal among Ahriman’s followers, interspersed with lengthy and overly rhetorical recollections of earlier themes, means that the movement is difficult to make cohere – though Keable came closer than many. Nor is the apotheosis among Tchaikovsky’s most inspired – not least when, owing to unavoidable technical problems, the organ part had to be omitted; taking with it any hope of transcendence, at least in musical terms. Even so, it detracted only minimally from the quality of this performance. All credit to Russell Keable for his thought-provoking programming, and to the Kensington SO players for having so audibly lasted the course.