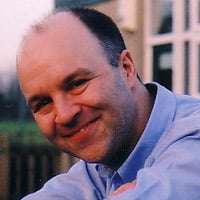 A pairing of distinct opposites in this concert by the Kensington Symphony Orchestra. Certainly Robert Keeley’s Second Symphony (2008, though its origins go back twelve years to the premiere of the First) seemed disarmingly modest in its essence: a 24-minute work, scored for an orchestra of Classical dimensions (plus harp), whose credentials as ‘pure music’ could not have been more evident.

In his programme note, Keeley mentioned Stravinsky’s Symphony in C as the precursor for what he sought to achieve – such as was conveyed by the taut but not inflexible sonata-form of the opening movement, the Haydnesque deftness of the ‘Scherzo’, the wistful elegance of the ‘Recitativo’, or the buoyancy of the ‘Finale’. Yet, in common with the Stravinsky, what seem designed to emulate a bygone era is undercut by its oblique angle of approach: the formal and expressive emphases may have been where one expected them to be, and yet the nature of those emphases is only nominally of the past.

Nor is the work at all easy to play, its exposed string writing and rhythmic irregularity hardly making life easy for the players. However, any such shortcomings in ensemble were more than compensated for by the sureness with which Russell Keable steered the performance through – securing a viable balance of wind and strings, while ensuring that formal cohesion across and between movements was never in doubt. An alert and capable rendering of a piece that certainly warrants further hearings.

Modesty is not the quality most associated with Richard Strauss’s 1915 Eine Alpensinfonie (An Alpine Symphony). Its duration may be shorter than most of Mahler’s symphonies, but its orchestral requirements (not least in the brass complement) are lavish by any standards and its technical challenges not easily met. Keable secured a convincing overall performance – a touch headlong in the opening pages and with formal transitions not always smoothly effected, but with the extent of its musical conception manifestly conveyed. Strings may have been lacking in numbers, but Keable marshalled his forces with evident skill such that the generous ambience of St John’s could more than be relied upon to make up for any shortfall. Conversely, it precluded much in the way of quiet playing: in particular, the penultimate ‘Ausklang’ section – where the salient motifs are recalled with rapt inwardness – could not help seeming a little prosaic, but this was only a relative failing in what was never a passive or a routine interpretation.

Indeed, the only real failing took place before the performance. Informative and to the point though Keable’s introductory remarks often are, his prolonged attempt to outline the ‘narrative’ of Strauss’s most personal tone poem was unnecessary here. Those having read Peter Nagle’s astute programme note will have realised (if they did not beforehand) that, whatever else, the ascent and descent of a mountain was only the catalyst for an existential drama such as its composer never again attempted.