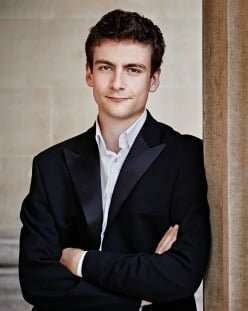 Ernest John Moeran’s Serenade (1948) is an eight-movement affair (the last mirroring the first) that exhumes ancient dance-forms and enrols an optimism – spring days and rolling countryside – apposite to post-war Britain. London-born Moeran (1894-1950), with one creative foot in Ireland (from where his father came) and one in Norfolk (he was brought up there), displays impeccable craftsmanship although his invention is at times less than inimitable, sitting on fences also occupied by Delius, Holst and Vaughan Williams. Fine models of course, and there is much to enjoy in Serenade, from courtly fancy to eloquence bathed in nostalgia via badinage. Any one movement is attractive (but too many together?) and Moeran’s use of a standard full orchestra (including trombones and percussion) is a model of clarity and colour. The Kensington Symphony Orchestra and Russell Keable took their task seriously and found cordial turns of phrase and lively riffs.

Alexander Ullman (born 1991) has studied in London and in the States. To Ravel’s G-major Piano Concerto he brought poise, flair and style, and his technique went untroubled. Yet he also played too loudly for much of the time, not heeding Cadogan Hall’s up-front and bright-as-day acoustic. There were some dynamic dips but rarely if ever to what might be termed a ‘proper’ pianissimo. In any case the cautious tempo set for the first movement hemmed in its jazzy aspects and the lyrical elements remained fiercely lit. The lovely Adagio, although somewhat affecting, should flow more than it did. The result was foursquare and became dragging; there was a heart but it needed to beat more. Keable and the KSO accompanied conscientiously in what is often exposed writing for the orchestra; one appreciated the woodwinds’ eloquence and the strings’ sensitivity in the slow movement; but, at other times, the intensity of the sound and some hard-hitting percussion was more pugilistic than persuasive. 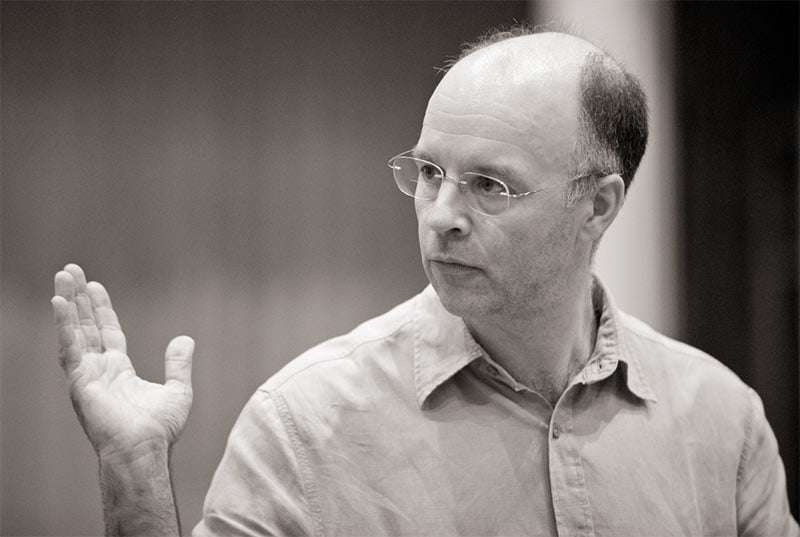 Ullman offered a Chopin Nocturne as an encore (I believe it was the E-flat, Opus 55/2) to which he seemed more naturally attuned. He rolled it out as a single exhalation. If greater intimacy remained an ideal not completely realised, there were some lovely touches and also a magical drop-away at the close – promising much for his Chopin recital at Wigmore Hall on February 28.

Ralph Vaughan Williams’s Fifth Symphony surfaced during World War Two. It’s a contemplative piece, if not without fervour or majesty. Its first performance was during the 1943 Proms, the composer conducting. Musically it shares material with the long-gestated, Bunyan-inspired “Morality”, The Pilgrim’s Progress, which Vaughan Williams believed he would never finish, but he did – for performance at Covent Garden in 1951.

The Symphony is a wonderful piece dedicated “without permission” to Sibelius. Its spacious design and lyrical largesse really touch the soul and transport the listener. Here is music that is sanctified but not pious, with only the second-movement Scherzo, spectral and shadowy, being quick. Keable had the work’s measure. Indeed he unfurled it with Barbirolli-like generosity and transitions were handled with mastery. I for one could have done with less-loud and rasping trombones during climaxes and, also, quieter woodwinds in the sublime ‘Romanza’, which otherwise was rapt and tender. The ‘Passacaglia’ last movement is as serene as it is agitated, and once through the pained transformation it finally seems to both genuflect and look beyond the clouds, something that Keable and the KSO managed to spellbinding effect. If the occasional fumble or uncertainty reared its head, the spirit of Vaughan Williams’s singular score was fully captured.

KSO gets my vote for “the UK’s most inspirational amateur orchestra” (see news link below).