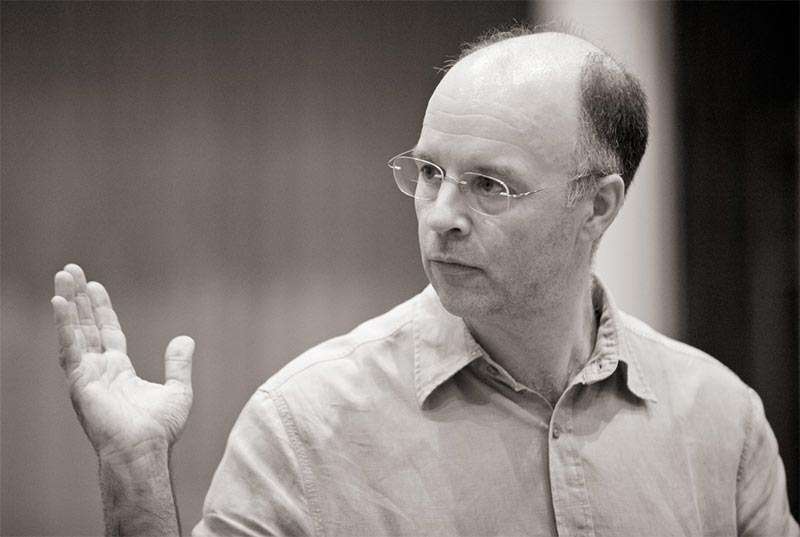 It was good to hear Scènes de ballet again, which in 1944 grossed Stravinsky a $5,000 commission fee (I wonder what the equivalent is today). It’s a relatively brief piece written for Broadway and producer Billy Rose. The original dancers were Alicia Markova and Anton Dolin. Scènes de ballet is a fascinating score, ten continuous sections playing (here) for seventeen minutes in which the composer is a quick-change artist, looking back to his Russian-romantic style (Glazunov turns up at one point) and also embracing his neoclassic mantle, then, given the economy of the music and the scoring (including a piano, but some instruments are used sparingly), ahead to when he took over from Webern. This is music that keeps us on our toes, from an astringent opening to a strident close via closely weaved and contrasting episodes, and including an alluring tune for trumpet, played in a fruity and sympathetic manner by Stephen Willcox.

Rose reported to Stravinsky that Scènes de ballet had been a “great success” (it had been cut, a short work made shorter) but that he would have a “sensational” one if Robert Russell Bennett could revise the orchestration. The composer replied: “satisfied with “great success”. Rightly so, for he knew himself, and that every bar and every sound could only be by Stravinsky, not least the rhythmic ingenuities and the pungent sonorities, aided and abetted by the KSO and Keable giving an accomplished and persuasive account.

It was Bruckner 4 that found Keable personalising the music in a way that was unexpected at times. It was the composer who appended the epithet ‘Romantic’ (he also added ‘Die Nullte’ to the unnumbered D-minor Symphony) and Keable certainly gave a quixotic reading of it.

The first movement was majestically paced, flexible too, embracing impetuosity (a goal to be reached in arduous fashion) and slumber (forest murmurs); it worked well and, as throughout, flute and horn solos, from respectively Christopher Wyatt and Jon Boswell, are worthy of mention. Keable then took an expansive view of the second movement – hardly Andante let alone quasi allegretto – a something-of-the-night pilgrims’ hymnal if giving time for the viola consort to be generous of phrase, and there was much that was super-expressive, Keable deeply involved.

The Scherzo had its bold moments and incisive brass (although here and elsewhere its loudness was a problem) but at times, and it was exactly the same in the da capo, Keable was more interested in sight-seeing than maintaining momentum; however, the Trio (flute-led from Haas, Nowak has oboe) was eloquently turned. The Finale was expounded ‘of the moment’, making it more discursive than usual, but certainly appealing in that Keable found an elemental aspect as well as a languorous one – maybe he is aware that Robert Simpson (composer and Bruckner devotee) was of the opinion that this last movement should be played adagio, and the closest we get to that is Celibidache. In a different way Keable made the most of everything, benevolently, and the ace up his sleeve was an awe-struck coda, initially to the background of eerie trepidations from the violins as the music climbed to the summit; we had journeyed and we had arrived, resplendently.

No precedent was set by this performance lasting seventy-five minutes (although there are not that many of such length), and the great Celibidache goes further in recorded accounts from Munich, seventy-nine (EMI), then a few minutes longer (Sony Classical), each magnificent. Keable and the KSO also carved a place for themselves.

There’s a lot of Bruckner around at the moment, and Mozart; the last few days have been considerable for both composers, take a look at the links below, and Barenboim and Slatkin aren’t done yet… The next KSO includes Korngold’s Symphony, March 4 at St John’s, Smith Square.