It seems scarcely credible that Russell Keable has been at the helm of the Kensington Symphony Orchestra for three decades – this concert marking that statistic ‘‘almost to the day’’ – and this programme was certainly typical of the conductor in its cannily juxtaposing one of the most popular of third piano concertos with one of the most formidable of third symphonies. 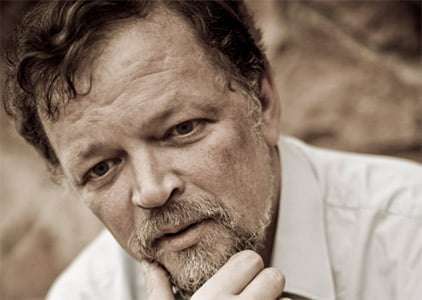 Overplayed though it is, Prokofiev’s Third Piano Concerto (1921) is yet the most perfectly realised of his works in the genre and seldom disappoints in a committed performance. This it received from Nikolai Demidenko, who found a plausible balance between its outwardly French capriciousness and its innately Russian eloquence – not least in an opening movement at its most insightful during the limpid recall of the first theme. Initially a touch staid, the animated second theme gained notably in agility on its reappearance, as did the capering idea with which it is alternated on the way to a headlong close. Never wanting technically, Demidenko always tempered his virtuosity with a keen formal awareness. The central ‘Theme and Variations’ movement is never easy to bring off, many pianists tempted into over-characterising so that overall continuity is soon forfeited. Not so Demidenko, who ensured that the coda’s restatement of the theme perfectly complemented the latter’s initial appearance. As for the finale, the early stages were again a little too dogged, while the statements of the ‘big tune’ were less distinctive than the laconic and poetic interludes in-between, yet the closing pages had a momentum that was maintained through to the exhilarating final bars. If Schoenberg did not have these in mind when he said there was plenty of good music still to be written in C major, he certainly should have done. As an encore, Demidenko offered Medtner’s La Campanella, one of his Opus 20 Fairy Tales. 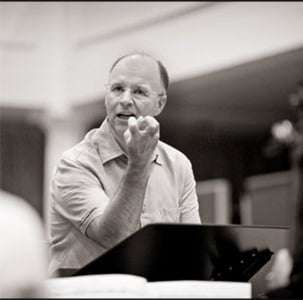 That Bruckner’s Third Symphony has never established itself in the repertoire to the extent of most of its successors is in part due to the competing claims of its several versions, of which three have been widely circulated over recent decades. That the original 1873 score has commended itself most readily to younger interpreters is much to be applauded as, for all its formal miscalculations, it conveys the extent of Bruckner’s recklessly impressive conception more completely than any of its heavily doctored revisions. Not only did Keable take up its challenge, he also interpreted it wholly on its own terms – enabling its rough-hewn formal logic to come through without any of the grandiloquence that those later editions laminate into it. This was especially true of the first movement – its interconnecting spans of tension and release rendered with no hint of portentousness, with the climactic stage of the development as craggily imposing as the lengthy yet perfectly judged approach to the coda was powerfully shaped and emotionally fulfilling.

If the remaining movements were not quite on this level of achievement, they were by no means an anti-climax. Thus the Adagio was kept on a tight though rarely inflexible rein, Keable dovetailing its contrasting themes with a keen awareness of how they interrelate across the whole, and with the final climax – Wagner allusions and all – creating an emotional frisson such as was deftly dispelled by the serene closing bars. The scherzo is the trickier given the jagged rhythmic syncopation of its original guise, but the KSO duly took this in its stride as well as ensuring that the artfully overlaid textures of the trio did not become unfocussed. The finale presents challenges of rhythmic articulation and formal cohesion such as were not always met here, yet Keable had the measure of its discursive if eventful progress on the way to a coda which – and almost in spite of its misguidedly Beethovenian allusions to the themes of the previous movements – transforms the work’s speculative opening theme into an affirmative peroration as though a defiant QED.

This was an impressive reading that reaffirmed Keable and the KSO’s credentials in ambitious symphonic repertoire. It was also good that the programme included an appreciation of founder-conductor Leslie Head, whose recent death has prompted welcome consideration of his service to forgotten and unfamiliar music such as the KSO continues today.