Walton
Variations on a Theme by Hindemith
Vaughan Williams
Songs of Travel [selections – I: The Vagabond; VII: Whither Must I Wander; VIII: Bright is the Ring of Words] [Whither Must I Wander orchestrated by Roy Douglas]
Stephen Montague
From the Ether for orchestra in surround sound [commission for KSO by St John’s Smith Square: world premiere]
Sibelius
Symphony No.5 in E flat, Op.82 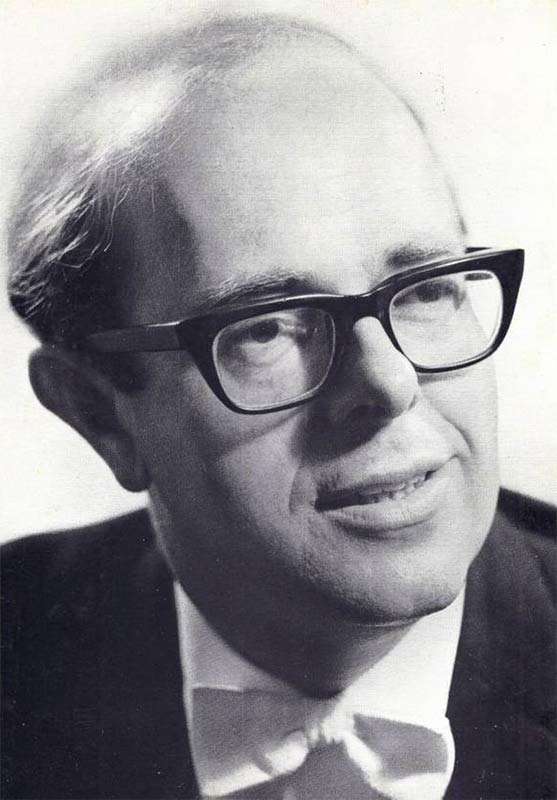 Given in memory of its founder and conductor Leslie Head (1922-2013), this ambitious concert by the Kensington Symphony Orchestra found the ensemble continuing to thrive under Head’s successor, Russell Keable. Since its inception in 1956 the KSO has been enticingly enterprising in its programming – Head himself led numerous premieres and revivals of rarities – and this concert was both typical of that and also an admirable tribute to the man who got things started and then nourished the orchestra’s development for the next thirty years.

Playbills included in the printed programme displayed Head conducting obscurities such as two operas by Siegfried Wagner – Der Friedensengel and Der Kobold – and a concert that opened with Bruckner’s Ninth Symphony followed by Britten and Stravinsky, ending the evening with the latter’s Circus Polka. Head embraced a diverse repertoire: Berlioz, Verdi and (Richard) Wagner stage-works, and concert-hall music by such as Bax, Alan Bush, Roy Harris, Mozart, Schoenberg and Villa-Lobos, but this is the tip of the iceberg as far as Head’s enthusiasms.

William Walton’s Hindemith Variations (1963) is with a Theme taken from his friend’s Cello Concerto of 1940. It inspired and is seminal to Walton’s typically virtuoso way of writing, commentaries by turns dazzling, witty, lyrically enchanted, grand, wistful and sensuous, and with some fugal fun along the way. Nearly all of Walton is here, with the possible exception of his pre-war blockbusters, Belshazzar’s Feast and Symphony No.1. Hindemith Variations is a very tricky number for any orchestra (although you should hear George Szell’s Clevelanders slice through it). The KSO was valiant in meeting the demands in this well-prepared outing, Walton’s cast of characters introduced with assurance, eloquence and enjoyment, Keable leaving us in no doubt as to his admiration for the piece. The score reaches a calm conclusion as if “rounded by a sleep”: such was the thought as the KSO and Keable gently faded the music to its rest. 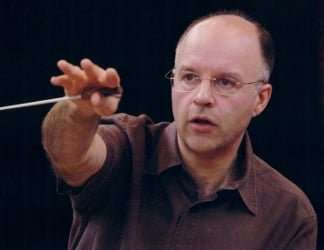 Almost by Royal Consent, Sir John Tomlinson dropped by to pay his respects to Leslie Head, whom he worked with to advantage at the start of his career. “For a young singer, bridging the gap between Music College and the profession is usually quite a tortuous transition: you are relatively inexperienced, and no one will employ you until you have experience – which you cannot gain until someone employs you… It’s a vicious circle, a quandary which in my case was largely solved by my working on several projects in the early 1970s with Leslie Head. With limitless energy, whether resurrecting a neglected Donizetti Opera or gathering the forces for a Berlioz or Wagner epic, he confidently developed the talents of singers young and old to spectacular effect. I and many of my colleagues in the profession will always be grateful to him, and those impressive performances of his will be long remembered.”

Vaughan Williams’s early Songs of Travel (1901-04) were written for baritone and piano, to words by Robert Louis Stevenson. The composer orchestrated three of the nine settings (including the first and eighth heard here) with Roy Douglas scoring the remainder after Vaughan Williams’s death. Sir John made an opera out of each number. In the march-like ‘The Vagabond’, he alternated Sergeant Major command with Ancient Mariner recollection. In ‘Whither Must I Wander’, Tomlinson leaned with affection on the heart-tugging expression – very affecting – and then brought wonderment to ‘Bright is the Ring of Words’.

It was appropriate that something new graced this concert, Stephen Montague’s From the Ether, commissioned for KSO by St John’s for its own particular performing space to mark 300 years since the laying of the building’s cornerstone. Montague has the violinists and violists stand up-state in the Gallery, requiring Keable to often turn 360 degrees to cue them. Cellists and double-bassists remained on the platform along with the rest of the orchestra. Montague’s idea is that the zillions of notes that will have been played in St John’s should return briefly. The initial sounds are certainly ethereal, the music over its 15-minute course quickening, growing in volume and density, and with brass and percussion thunderous in its declamation. Woodwinds have what I imagine is Baroque pastiche, reminding of Handel’s Water Music, distant voices (pre-recorded?) join in and a hymn-like tune bursts in with Ivesian infraction. From the Ether compelled attention, at times marrying Pärt and Lutosławski, a spatial thriller, ending with a humorous pay-off. By its very nature this is an occasional piece, which Russell Keable conducted with a cool head to a confident response, the composer in attendance.

We weren’t done, with nothing less than Sibelius’s magnificent Fifth Symphony to wrap-up the evening. This was a fresh, glowing and unaffected reading, full of expectancy and imagery as well as all-important symphonic logic. Keable paced the work ideally and, a few rocky moments aside, the KSO knew what it had to do. Inwardness and upheaval were well judged, the scherzo that the first movement becomes was made inevitable, the (not so slow) second movement stalked, yielded and imposed, and in the finale the swans flew majestically as the Symphony built inexorably to its sound and silence final bars. We’d been going there all the time. If Leslie Head was looking down, he would have been damn proud.