Wigmore Hall can have witnessed few concerts like this – a violinist, cellist and pianist of the front rank joined by three leading percussionists for a programme that took in original music for piano trio or marimba, together with arrangements. 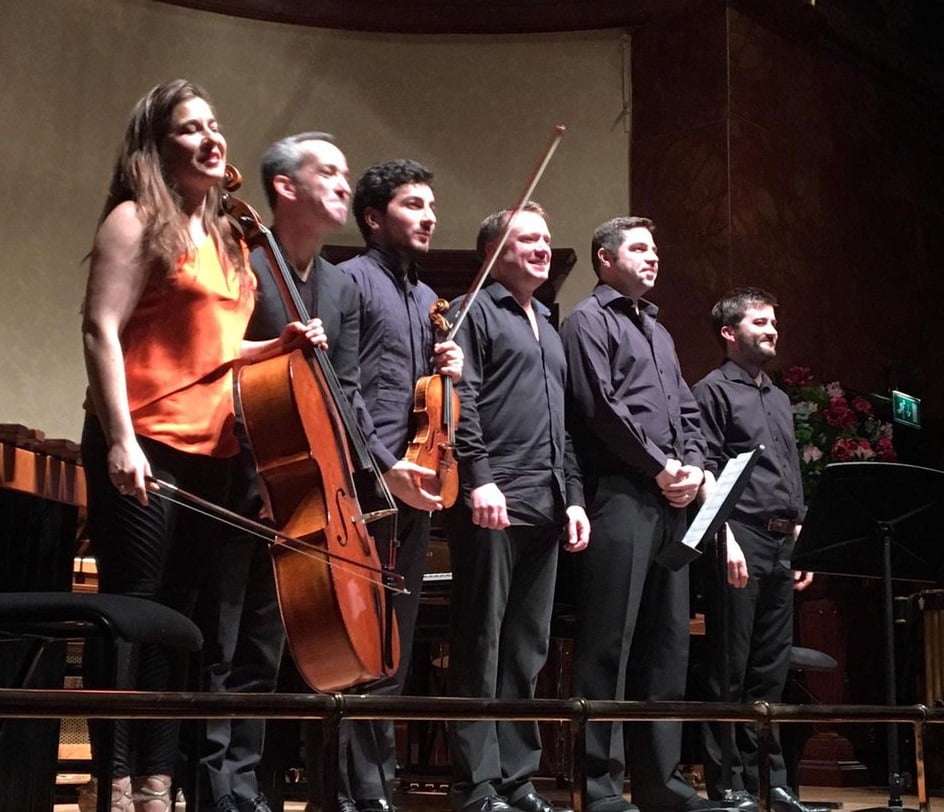 Most often reserved for the close of a recital, Beethoven’s ‘Ghost’ Trio (1808) launched this concert in commanding fashion. Sergey Khachatryan, Alisa Weilerstein and Inon Barnatan set a bracing tempo for the initial Allegro as did not preclude a more lilting second subject, while the closing Presto had energy and impetus to spare. Most memorable, though, was the central Largo – the otherworldly shades that earned this piece its name eloquently delineated, and the brief but eruptive outbursts of emotion drawn firmly yet understatedly into the elegiac whole.

It is a tribute to the sensitivity of Eduard Steuermann that his 1932 arrangement of Verklärte Nacht (1899) left so idiomatic an impression. Schoenberg himself re-thought its string sextet texture extensively in his reappraisals for string orchestra, while the present version takes (as it has to) this redistribution of parts appreciably further – such that violin and cello assume a concertante role in the context of piano-writing often endowed with an orchestral fullness and elaboration. If this feels most apparent during the impassioned progress of the work’s earlier stages, it is conveyed no less resourcefully in the journey to resolution and fulfilment of what follows. Just occasionally the interplay of these three instruments evinced overtones of highly classy salon music, though with such musicians there was no risk of melodrama or overkill.

Following the interval, Colin Currie took the stage for Realismos mágicos (2014), eleven short stories for marimba by Rolf Wallin, his evocative and even fanciful titles – derived from Gabriel García Márquez – are drawn into a diverse and evocative sequence.

Evocative is a term often used to describe Shostakovich’s Fifteenth Symphony (1971), even if what is being evoked has been debated from the outset. Victor Derevianko’s arrangement, made soon after the work’s completion and with the composer’s approval, in no way lessens this quality; rather, it lays bare the formal ingenuity and expressive ambivalence as give this piece its enduring fascination. Most striking is the degree to which Derevianko leaves intact the elaborate percussion writing, which here resembles an aural superstructure layered onto the hull of the piano trio. With its outlay of tuned and untuned instruments, this was also a test of skill for the platform arrangers, but nothing sounded out of perspective in a performance that got to the heart of the matter: whether the manic gaiety of the opening movement, sombre intoning of the Adagio with its vast climax and desolate subsidence; deathless irony of the Scherzo, then a Finale whose seismic culmination felt all of a piece with the spectral passacaglia giving rise to it and the ethereal musings on either side.

Shostakovich 15 has become integral to the repertoire – and, if its uniquely hybrid nature makes performances rare, Derevianko’s version is testament to the skill of its arranger and, on this occasion, the dedication of these musicians in what was an evening to remember.