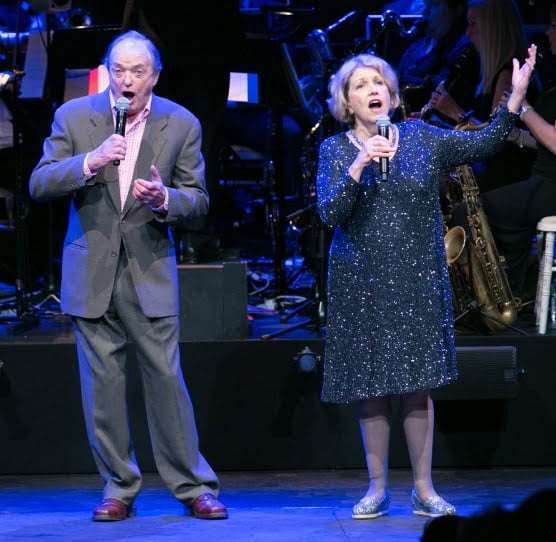 This talent-packed salute to three giants of musical theatre was the inaugural performance by the Alex Parker Theatre Company, and the first of four such productions planned to be staged by the end of next year. Though the 30-piece orchestra, which opened the show excitingly with part of the Overture to Gypsy (Styne/Sondheim), occupied most of the stage, leaving little space for choreography, there was some energetic movement when a strong-voiced Janie Dee led the company in a medley of two opening numbers, Herman’s ‘It’s today’ from Mame, and ‘It’s high time’ from Styne and Leo Robin’s Gentlemen Prefer Blondes.

The latter show yielded one of the evening’s delights, some rarely heard lyrics for ‘Diamonds are a girl’s best friend’, though not all of them, alas, could be heard as Laura Tebbutt battled the accompaniment. Earlier Dee had spoken of how thrilling it was to be backed by such a grand orchestra, but some of the cast responded with some shrill belting, which made it particularly welcome when Anne Reid, partnered by James Bolam, performed an utterly beguiling duet to the wistful soft-shoe number ‘Always young’, originally introduced by Angela Lansbury in the television musical Mrs Santa Claus. 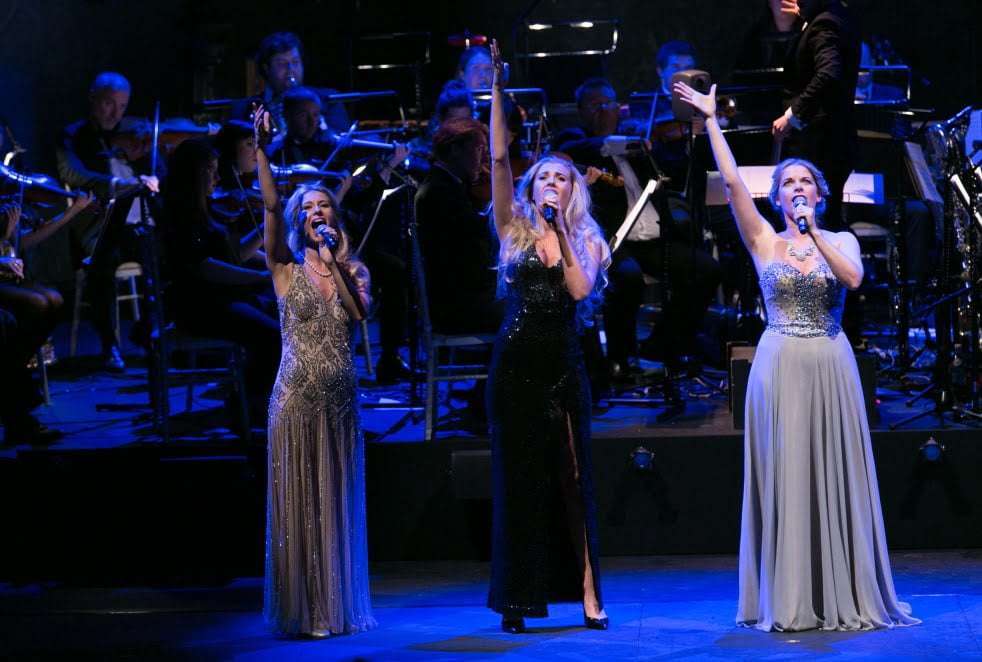 A medley from Into the Woods, with Dee, Anna O’Byrne, Deborah Crowe and Jamie Parker and including a delightful ‘On the steps of the palace’, worked very well. In general, the staging struck a splendid balance between the familiar and the obscure, with omissions including ‘I’m still here’, ‘Hello, Dolly!’, ‘Just in time’ and ’Losing my mind’ and rarities embracing ‘Being good’ from Hallelujah, Baby, ‘Winter was warm’ from the feature-length cartoon Mr Magoo’s Christmas Carol and the neglected waltz, ‘Let’s see what happens’ from Darling of the Day, here given full gorgeous weight by O’Byrne and Jack North.

All three composers have showstoppers in their collections but they have been performed so frequently that they bring a minefield of familiarity. Caroline O’Connor, so good as Mabel in the London production of Mack and Mabel, was surprisingly tentative in ‘Broadway baby’, but Dee gave her individual touch to ‘The ladies who lunch’ and Fra Fee (remembered for his Candide some time ago) and Tebbutt brought an intense passion to ‘Move on’ from Sunday in the Park with George. Reid, who can convey regret with a conviction that brings tears to the eyes, did so with both ‘The party’s over’ and the little-heard gem from Dear World, ‘And I was beautiful’. Many of the currently lesser-known performers will doubtless become stars.

One looks forward to further evenings from the team of Alex Parker and Alastair Knights. The catalogues of the three gentlemen celebrated here are so crammed with timeless songs that they could fill many programmes. I was disappointed that my favourite Sondheim score, Merrily We Roll Along, was ignored, but maybe it is planned for the future…