Handel
Poro – Opera in three Acts to an adaptation of a libretto by Pietro Metastasio [sung in a German translation by Susanne Felicitas Wolf, with subtitles available in German, English, French or Turkish] 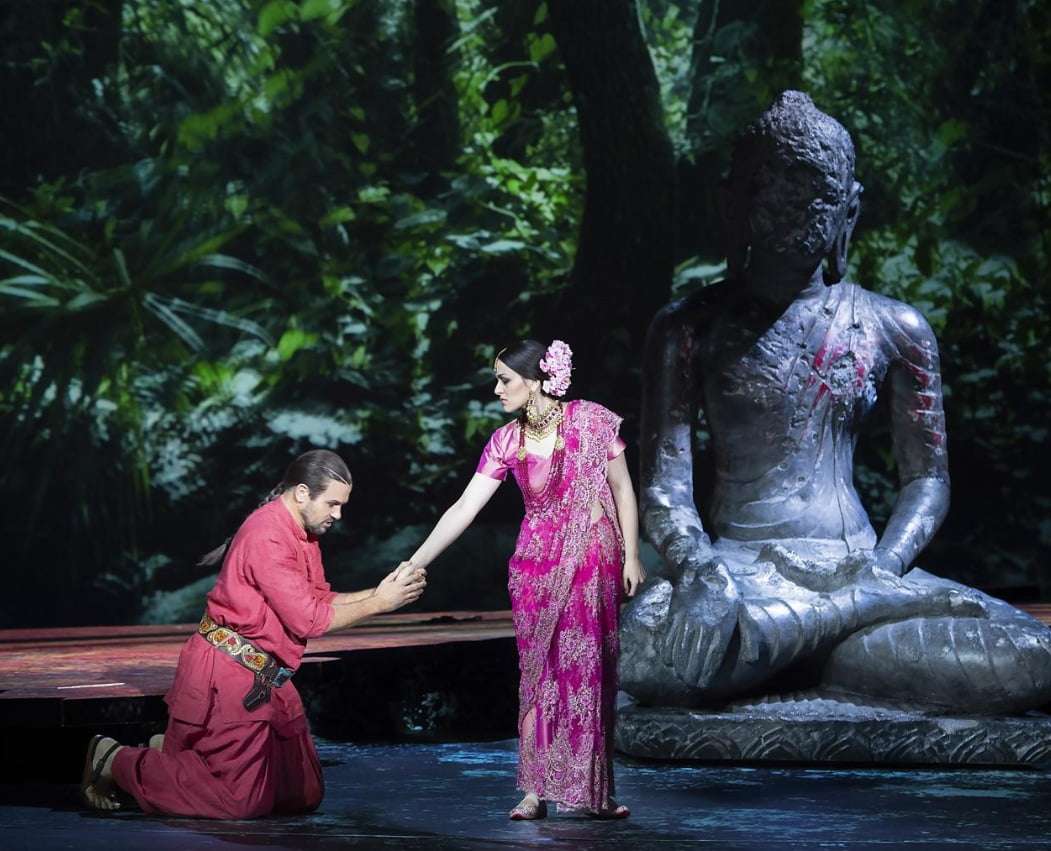 It is an intriguing paradox that Handel – surely the most imaginative composer of opera seria – only set a few texts by Pietro Metastasio, the most prominent librettist of the age, and was not much fired to produce his greatest operas as a result. Poro (1731) has not captured the imagination of directors and audiences in the modern period either, which is perhaps surprising seeing that it is a well-drawn drama that concerns the political and amorous intrigues among the ancient Indian king, Porus, and his cohort, in the face of a campaign by Alexander the Great into that region.

There are few really memorable musical numbers, on the level of Handel’s deservedly more-frequently performed stage-works, but there is still hardly such a thing as a bad setting by this composer. There is a dramatically striking moment when Poro and his spouse, Mahamaya, quote back at each other, in jealous recrimination, the vows they had earlier made, when, as he erroneously thinks, her ruse to dupe the incoming conqueror is meant as an act of infidelity; Jörg Halubek emphasises the part of a bass line in one of Gandharta’s arias that draws attention to a subtle thematic connection with the gigue-like fugal theme of the Overture; and a fairly high number of arias, as well as the concluding ensemble, set in the minor-key also point to the gravitas which Handel sought to invest in this work. 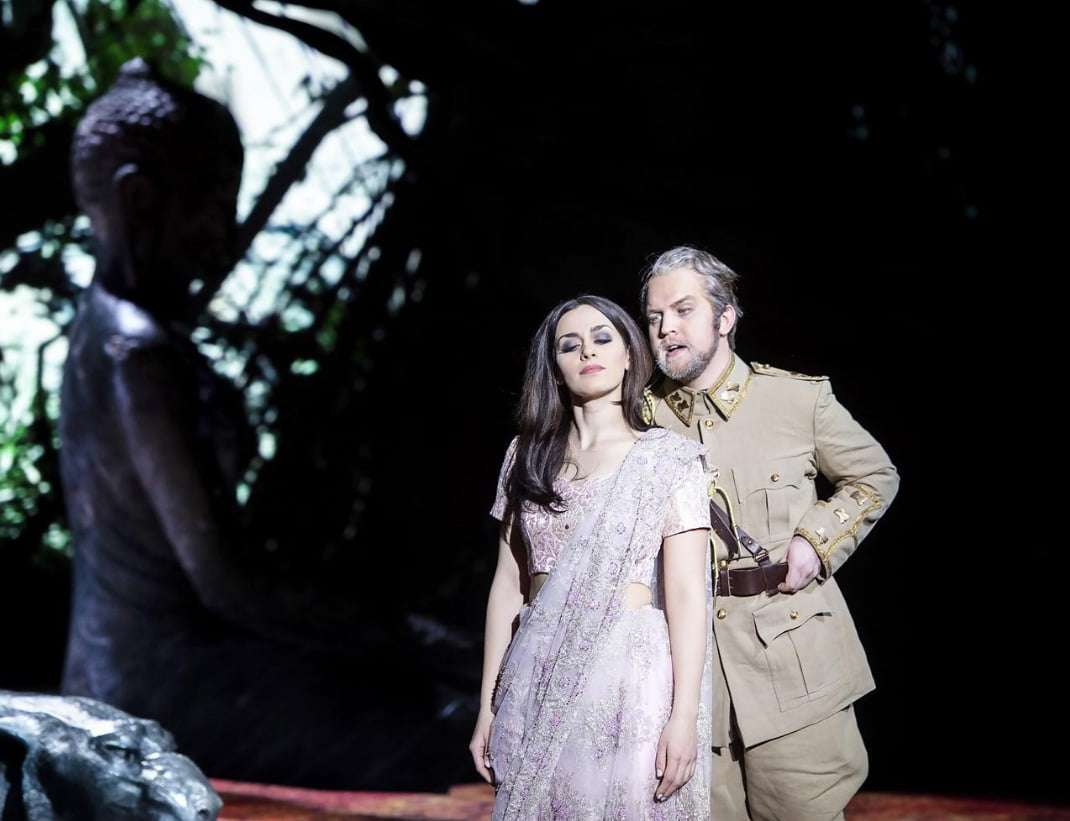 Poro certainly receives its due now, at one of the major European theatres, in a production by no less than Harry Kupfer, perhaps best-known for his Flying Dutchman and Ring for Bayreuth. He takes the work seriously as a conflict between individual personalities in the context of historical forces with comparatively little alteration to the original. The action remains in India, but is updated to the period of British imperial ventures there with the activities of the East India Company in the mineteenth-century. Alexander the Great becomes Sir Alexander, an officer of the British crown, whilst the Italianate names given to some of the characters in Metastasio’s text are now more-authentic Indian ones – Poro’s betrothed Cleofide is Mahamaya, and his sister Erissena becomes Nimbavati (and in this German-language production, Germanised orthography is used for the remaining names in preference to the Italian).

The tangle of local conditions into which the British intrude is evoked by the presence of a large statue of the Buddha during much of the action, and lush green expanses of forests and vegetation in the scenery, at the back and protruding sides of the stage, as well as on a canopy over it. Handel’s minor-key Overture is jettisoned at the beginning of the (but re-used elsewhere) in favour of one of the upbeat Sinfonias from later in the score to herald the arrival of a British ship, complete with Union flag. Despite the magnanimity of Alexander’s actions in forgiving the Indian uprising against him and his forces (something that must give pause for thought, one hundred years to the day in the case of this particular presentation, of the anniversary of the Amritsar massacre), and also ceding his romantic interest in Mahamaya to Poro’s prior right to her affections, that British incursion, and the drawing down of the canopy over the stage with the Union flag on it again at the end, register as ironic gestures. Kupfer’s interpretation surely also serves as an oblique comment on Britain’s current woes, with Brexit the latest symptom of the country’s identity crisis and reeling over its super-power status as a former empire; those of us in the audience who happen to be British may, rightly, feel duly chastened too.

The performance by both singers and orchestra is measured, avoiding caricature and exaggeration, even downplaying some of the work’s Baroque exuberance in order to realise Kupfer’s realist vision of the drama. Taking the role of Poro down from the original castrato range to that of a baritone, Dominik Köninger is nobly forbearing, remaining even somewhat inscrutable as he prefers to risk his own life rather than yield to Alexander’s conquest. Conversely, the latter is re-interpreted as a countertenor, as opposed to Handel’s tenor, and is sung by Eric Jurenas with a wily suppleness, and often a characteristic haughtiness as he emphasises the consonants of words in his recitatives, rolling Rs vigorously, and hissing Ss to suggest an assertive but ultimately effete figure eventually overtaken by the manoeuvres of the Indians. 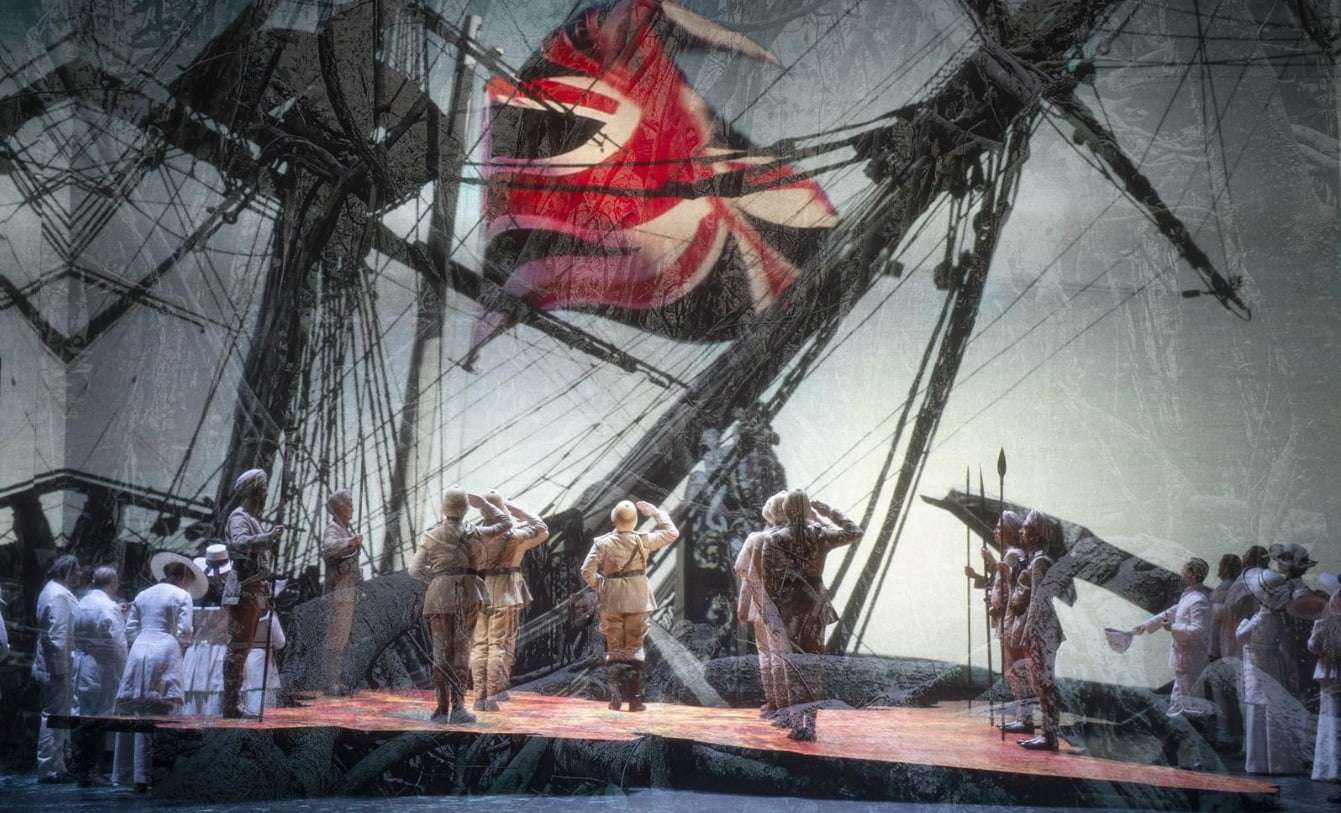 Ruzan Mantashyan is more than a match for Poro, turning in the most distinguished portrayal of the cast with her account of Mahamaya musically strong and confident, expressing the control she seeks to exert over events, and by which she is eventually vindicated as she prepares to sacrifice herself if need be by fire, rather than become Alexander’s wife. Poro’s friend, Gandharta – transferred from castrato to bass – is sung by Philipp Meierhöfer with a certain grainy tone which ensures that he does not upstage the king, but elicits sympathy for the character as he shows interest in Poro’s sister, Nimbavati, whilst she is smitten by Alexander. Idunnu Münch’s interpretation of her is lyrical and crisp, again holding its own as a more light-hearted counterpart to the central love interest revolving around Poro, Mahamaya and Alexander. João Fernandes endows Alexander’s supposed confidant Timagenes with a rough edge, commensurate with his treachery as he supports the uprising against his master, although he is given the chance to express his remorse in an aria inserted from elsewhere in Handel’s output.

Halubek conducts a well-paced account that is not given to excess in terms of tempo or articulation, and to that extent sounds like the earlier phase of historically-informed-performance-practice than generally obtains among specialist ensembles today. But he attends to the colour of the score nevertheless, with some welcome sonorities underlining the action, for example pungent oboes offering a sometimes poignant veneer to the texture, even in lively music; in an arioso for Poro as he reflects on impending death, sul ponticello strings evoke a hollow, gloomy atmosphere, as does a recitative preceding it in which the accompaniment omits the harpsichord and is reduced to cello, to sustain the underlying harmonies with a tremolo or bare outline of the chords in arpeggio. The use of horns, trumpet, and recorders reminds that this is one of Handel’s more instrumentally vivid operatic scores.