Mahler
Piano Quartet in A minor
Brahms
Trio in A minor for clarinet, cello and piano, Op.114
Korngold
Piano Quintet in E, Op.15 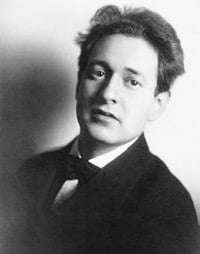 Organised by his biographer Jessica Duchen, this Focus Day devoted to the life and music of Erich Wolfgang Korngold marked the fiftieth anniversary of his death and culminated in two concerts largely featuring his chamber music and songs. The day’s events began with a showing of Barrie Gavin’s documentary film, “Erich Wolfgang Korngold: Adventures of a Wunderkind”, introduced by Brendan Carroll, President of the Korngold Society and author of a biographical study of the composer.

This must have opened people’s eyes (and ears) to the work of an undoubted musical genius, and those who – fascinated by this still-undervalued composer – were looking for greater insight into his art, would have heard aspects of his ethnicity, amongst other topics, developed in the following Round Table Talk by Brendan Carroll and Jessica Duchen, with Erik Levi and Benjamin Wallfisch.

But the music’s the thing, and in the first concert, given by members of the Nash Ensemble, Korngold’s large-scale Piano Quintet of 1920 concluded a programme preceded by Mahler and Brahms – a virtual half-century is a relatively long time in musical history, and I doubt if anything very much was proved by this juxtaposition of pieces written at the beginning, middle and end of that period, other than to demonstrate that Brahms’s Trio is the greatest of these works in terms of mastery of consistent chamber-musical composition, emanating from the nature of the material itself.

Certainly, Mahler’s movement proved to be nothing more than an interesting historical curiosity – along similar lines to those evolving early chamber works of Mahler’s contemporary, and almost exact symphonic opposite, Sibelius. Against this, the consummate mastery of Brahms’s Trio shone like a beacon, especially in such a fine performance as this.

Korngold’s luxurious Piano Quintet certainly betokened a fabulously imaginative and comprehensively equipped composer who knew what he was doing every note of the way, and why, but at times the texture almost seemed fit to burst into orchestral guise. This is a very difficult work to bring off satisfactorily, but this account drew really fine and committed playing from this most gifted group of musicians. 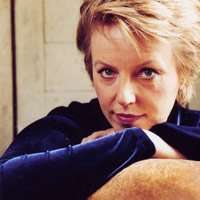 Anne Sofie von Otter was the main attraction in the second programme, a selection of songs by Korngold and his contemporaries, plus two instrumental transcriptions. The songs in the first half – two by Korngold, and one each by Reger, Karg-Elert, Berg and Zemlinsky – were exceptionally well chosen, and (as we might have expected) exceptionally well sung. This group was somewhat marred by an unexpected and quite unnecessary impromptu speech by her accompanist, Bengt Forsberg, who seemed to think he was addressing a bunch of high-school students: what he said was patronising, presumptuous and often inaccurate and misleading. It certainly detracted from the carefully-planned mood of this part of the programme.

Following the songs, Forsberg was joined by the young Finnish violinist Pekka Kuusisto, fetchingly attired in a black shirt with coloured sequinned sleeves glistening in the half-light, black trousers and black trainers with red coloured thick laces. This was for Korngold’s magnificent Violin Sonata, which the violinist performed to his own choreography: first on one leg, then on the other, rising on tip-toes, crouching down, turning away from his partner, then moving towards him. This balletic interpretation was interesting to watch, as was Forsberg’s decision after the first movement to get up and remove his suit jacket before placing it on the back of the flustered page-turner’s chair.

All of this visual paraphernalia helped to turn our attention from the shortcomings of the musicians’ playing – the pianist was almost consistently too loud, the violinist almost consistently inaudible, his thin, poorly-penetrating tone doing scant justice to the power of the music. Perhaps if Kuusisto had stood in the belly of the instrument, ensemble would have been better – the players could have seen one another with greater benefit for all concerned, including the audience.

After the interval, von Otter returned for seven Korngold songs – Forsberg having reclaimed his jacket – which were separated by the pianist playing an arrangement of an Interlude from Korngold’s opera “Das Wunder der Heliane”. With much original solo piano music by Korngold from which to choose, it seemed hard to justify a transcription of an orchestral piece. None the less, this was greeted by cheers, and after the final song, Kuusisto returned to give the suite, for violin and piano, from Korngold’s music for “Much Ado about Nothing” in a similar manner to how he gave the Sonata. Finally, von Otter joined violinist and pianist to give Forsberg’s transcription of Marietta’s Song from “Die Tote Stadt”, singing with the rich tone this inspired music demands.