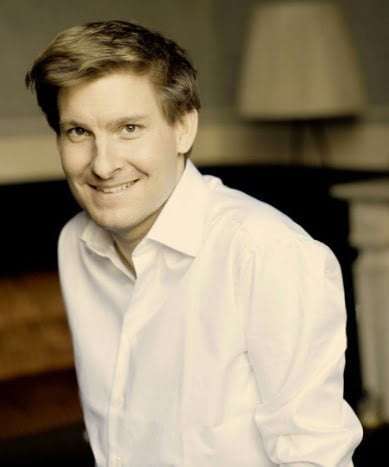 This was my first Kristian Bezuidenhout recital, which also happened to launch the Wigmore Hall’s new piano season and its Mozart Odyssey. Subliminally, I must have latched on to Bezuidenhout’s Mozart Sonata series for Harmonia Mundi, and I was impressed by the luxuriously long spot he had on BBC Radio 3 the Saturday-morning prior to a Proms Chamber Music recital (No.2 – C. P. E. Bach) – his advocacy of his particular musical territory was infectiously articulate and witty.

I must also admit to being put off by the sound of some fortepianos, which can make you gratefully aware of the many strengths of a modern concert grand. Bezuidenhout’s instrument, though – a copy of an 1805 Walther & Sohn by Paul McNulty – made a heavenly timbre, in terms of responsiveness like a clavichord writ large, with a surprisingly powerful bass levelling out to a singing middle register, and up to a subtly penetrating, unclipped top. It also had a una corda lever and a moderator (which slides a strip of felt in between hammers and strings), the latter operated with expressive potential, a bit like hearing it being played in another room, and deployed by Bezuidenhout with discernment. It was just the sort of instrument and Bezuidenhout the sort of musician to draw you into an intimacy that expands into its own varied, colourful sound and attack – and which also confounded any idea that the Sonatas are also-ran Mozart repertoire.

I had a couple of misgivings about the recital itself. Bezuidenhout didn’t play from memory – perhaps he doesn’t in recital? – and, to my great disappointment, he didn’t play Haydn’s F minor/major Variations (replaced by his G minor Sonata), because, in the light of the rest of his programme, Bezuidenhout would have been quite something in the work’s Beethoven-like transcendence.

Musically, though, what jumped off the page was Bezuidenhout’s understanding of the difference between Mozart and Haydn – between operatic and orchestral – which he expressed with a rare, artless ease. The slow movements of the two Mozart works, K457 especially, spun the swoops, jumps and runs of coloratura into a fantasy of vocal virtual reality – there was one swoosh of decoration covered by the sustaining lever, the sheer sensuality of which was hair-raising – and I just loved Bezuidenhout’s exposure of the high-definition drama at visceral work in the wonderful Rondo K511, all that rhythmic displacement and harmonic astringency that he folded into a work half-form, half-decoration, all A-minor heartache.

Just as admirable was the sense of scale he bestowed on K457’s first movement – this was a big, tightly-argued dialogue, which didn’t make you miss its usual companion/curtain-raiser, the Fantasia K475. It just needed a slight change of tack to summon Haydn’s forthrightness and his game-playing with our expectations in the two two-movement Sonatas, with Bezuidenhout’s nuanced playing anticipating a later, more romantic power. Poised, eloquent and passionate, this was a recital to treasure.