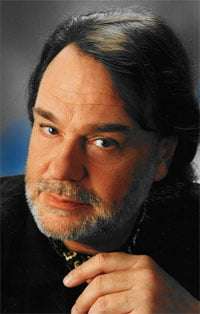 Riding on the subway to Kurt Moll’s masterclass, I was finishing Peter Elkus’s noteworthy “The Telling of our Truths – The Magic in Great Musical Performance”. In it the renowned voice-teacher and former husband and coach of Frederica von Stade goes to great lengths to describe the various factors which often get in the way of singers truly expressing themselves (and what to do about it). As each young artist took their turn, this was exactly what Kurt Moll had to work on most – expression.

There was much pressure – being introduced by Marilyn Horne, working with Moll the legendary bass in front of an audience. Although a tall and imposing figure, Moll (born 1938) has an air of congeniality about him; a kindly father-figure who gently but firmly pushed his charges towards deeper involvement with the music.

A certain level of vocal proficiency is expected. Ali King, the alternate who took the place of indisposed mezzo-soprano Nathalie Mittelbach, drew the only compliment from Moll in this respect – “beautiful voice!”. She also had both the sensibility and ability to absorb and reflect back the ideas she was given, ending her session with a charming, well-characterized rendition of Hugo Wolf’s “In dem Schatten meiner Locken”. One was left to wonder why she had not been selected as a scheduled participant.

Soprano Karen Vuong was in the nerve-wracking position of having to perform first, and with Richard Strauss’s difficult “Morgen”; this might explain a certain tightness and tremulousness in her voice. Moll tried to put her at ease, urging her to breathe with the piano in the introduction. When Vuong had a bit of trouble on a high note, she was urged to “sing, don’t make art”, and immediately sounded better on it. 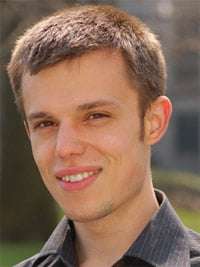 While simply sitting at his desk, or more often right next to the students, softly singing along at times, gesturing, talking, occasionally lapsing into German, Moll always was intimately involved with the music. He emanated a sense of artistry which even inspired pianists Kevin J. Miller and Bryan Wagorn, who played to ever greater sensitivity.

The men had chosen (or had been assigned?) very advanced fare for young singers, repertoire about which their master-teacher was certain to have very definite opinions. Bass-baritone Brandon Cedel soon found out that Brahms’s “Vier ernste Gesänge” (Four Serious Songs) are “chamber music, not Meistersinger”, and was reminded of the importance of certain words. At Cedel’s final ‘performance’ of the two selections the concluding soft section was much improved.

Joseph Lim tackled one of the most revered and tricky of all Lieder, Schubert’s “Erlkönig”. Not only must the singer portray the terror-stricken ride of the father and his child but there are also four characters to differentiate vocally – the narrator, the father, the child, and the Erlking. A slight baritone with a very appealing voice, Lim gave it a respectable first hearing, but his characterization was “not enough”. As Moll began vocally and conceptually demonstrating some of his suggestions, it soon became clear that there was ample room for improvement in that respect, as there was in Strauss’s “Heimliche Aufforderung”. Inspired by Moll, when Lim sang “Erlkönig” again, it was with much more involvement; the child’s terror was palpable, and the performance earned him a “bravo” from Moll.

A masterclass like this, where a venerated artist has only a half-hour to work with each student, is of course limited in what can be accomplished. There were a few technical hints here and there, but mostly Moll went right to the core of what it means to be a singer and an artist – to express emotions, to communicate through music. Throughout his career Kurt Moll has given us just that, and we can only hope that he will continue to inspire and inform younger generations of singers. Bravo too to Kurt Moll for having had such an impact on all of the singers, the pianists, and even on the enthusiastic audience.