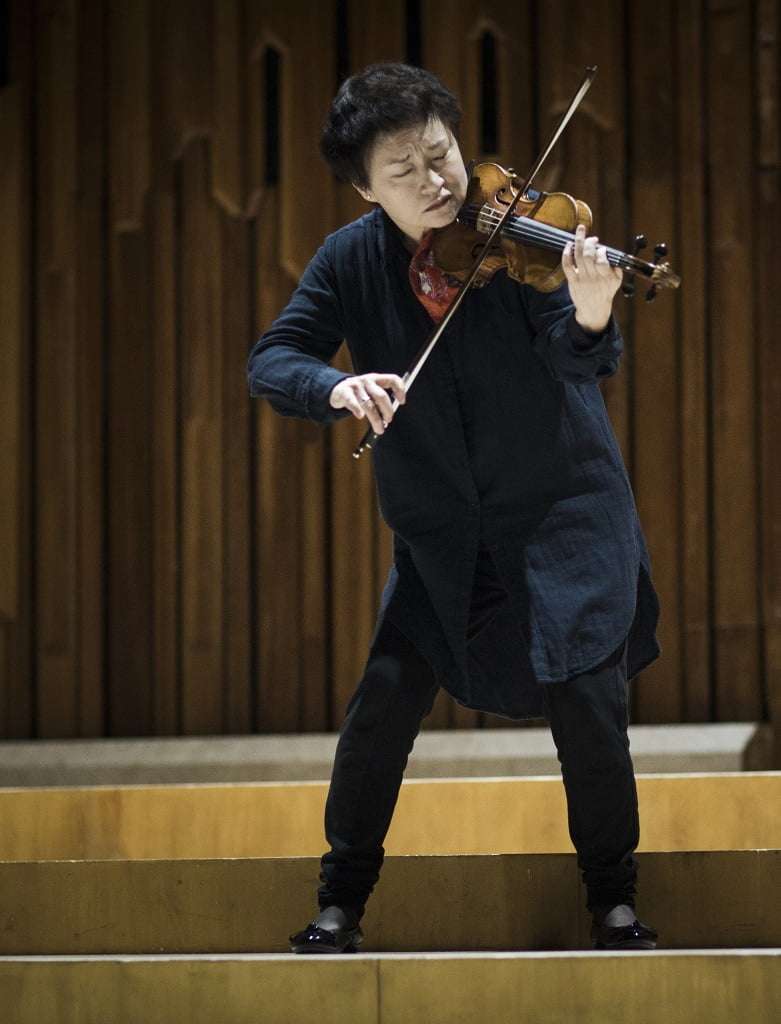 The Barbican Hall stage has rarely looked larger: an open expanse in the centre of which was a rather attractive rug and a stool, sans piano. Such was the scene that awaited Kyung Wha Chung for her complete Bach unaccompanied Violin Sonatas and Partitas. Her recent Warner Classics’ recording of these works represents her return to the studio after a gap of some fifteen years plus, and she recorded a Partita and a Sonata for Decca in the mid-1970s.

An attempt to traverse these momentous works in such a space as the Barbican Hall is a brave project. For some of us, it was an attempt perhaps to reconnect with a figure whose releases on LP had formed part of our early listening; whatever the reason for attending, the results were sometimes delightful, sometime downright unsettling, never less than dull.

Memory lapses are as difficult for the audience as the performer. The most serious of Chung’s, although not the only one, was the ‘Fugue’ of the A-minor Sonata, when, after a collapse of the flow and an uttered “sorry”, she started again.

That said, when Chung was on form she brought the essence of Bach to us. The huge ‘Chaconne’ from the D-minor Partita was a highpoint, her structural grasp of it beyond doubt, moving from dignified opening through wonderful mezza-voce lines to an entrancing close. Perhaps the climax could have been more emotionally forceful; and, yes, there were some technical issues (as elsewhere, and repeatedly, throughout the evening), but this was a triumph.

The first third of the recital was remarkably successful. The G-minor Sonata found true octaves, expert delineation and great bow-control in the meditative Adagio, and she shaped the ‘Fugue’ well, imbuing it with rhythmic life. The Finale, a proper Presto, was rapid and clear, an idea marriage. Chung’s approach is open to Romantic leanings at times; there was a sense of narration to open the B-minor Partita, and at times one felt this music was almost improvised. 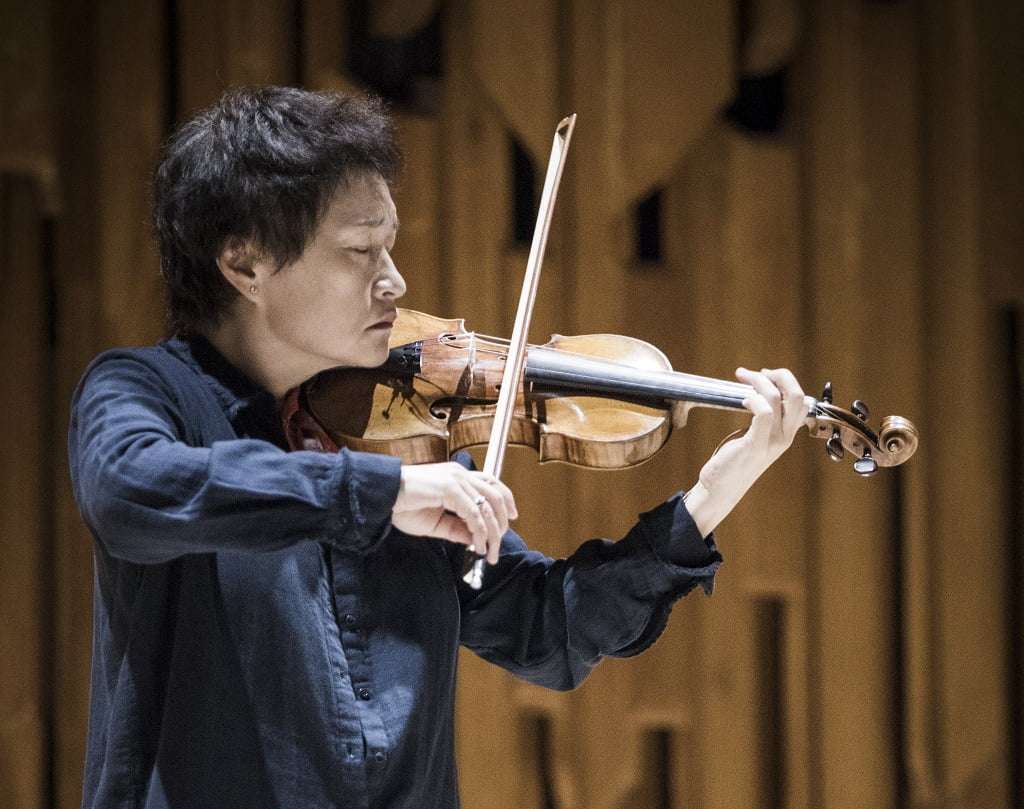 An easy eloquence informed the A-minor Sonata, and there was real magic to the Andante. The final Allegro was a blaze of light. The D-minor Partita led to the ‘Chaconne’ via rather varied terrain, the throaty opening including superbly given decorations, but the ‘Corrente’ was unsteady, yet the ‘Sarabande’ found Chung thinning her sound to a pianissimo line of pure silk.

The final part to a concert, which ended after 10 o’clock, three hours later, held similar contrasts. The gently rocking opening of the C-major Sonata was beautifully unhurried; yet the ensuing ‘Fugue’ is perhaps best-described as bravely negotiated, although there were highlights of life and verve. Finally, the E-major Partita, with purity, drone effects, lovely touches, and moments of beauty.

If on critical reflection one has to acknowledge an uneasy and uneven balance between technique, memory and experience, there was no doubting the depth of experience on display here: Chung’s interpretations are the result of a lifetime’s reflection.