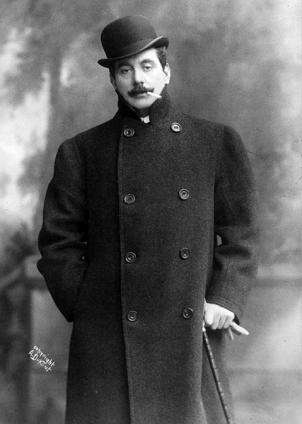 Given the name of this group of musicians, and that this glorious work is all about the trials of friendship, there is no better opera than Puccini’s La bohème for Sinfonia d’Amici to play. It is formed very much from friends, graduates of London music colleges and ex-members of the London Schools Symphony Orchestra. The ensemble’s founder and artistic Director, Harry Ogg, was due to conduct but was indisposed, replaced by Michael Lloyd, a familiar face with English National Opera, and Oliver Dunn was a last-minute replacement as Marcello.

One obvious challenge with presenting a concert performance of an opera is maintaining a suitable balance between singers and players; here the orchestra was sometimes too loud for the singers to be heard. But, for the most part, the orchestra’s contribution was idiomatic to the emotion of the music and the communication of the words was mostly clear. As the four Acts progressed, there was warmth, frolicsome fun, subtle tenderness and rustic charm mixed with abject desolation. It was a notable performance, and whilst roughness was to be heard around the edges, one cannot fault the communicative power that got to the core of the opera’s heart.

The soloists were strong, and invested their characters with tangible individuality through both their voices and acting. All relished their parts, singing with ardour and innate musicality. The principal couple were particularly affecting: although Oliver Johnston’s lyric tenor was reticent to begin, his voice bloomed nicely and his charm swept all along. Mimì was sung beautifully by Sara Lian Owen, her voice quivering with the nerves that overtake her upon her first meeting with Rodolfo, before a burgeoning love was made manifest, the pair making a nostalgia coupling, which foreshadowed appositely the doom ahead – those final moments between were delivered with raw energy. 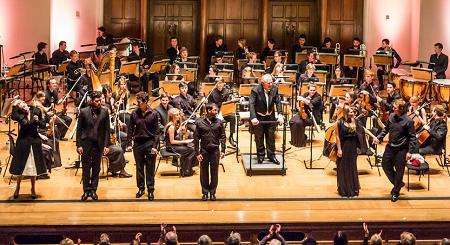 The other couple, Marcello and Musetta, was given sparky life by Dunn and Maud Millar, respectively. The former, tall and imposing, with a forceful baritone, dominated his scenes, and anchored the performances for the rest. Millar invested Musetta with a coy mischievous that is rarely encountered but seemed apposite; and her soprano cut through the orchestral clamour with unforced ease. The two other companions were similarly strong: Piran Legg’s Schaunard (a musician) duetted funnily with Julian Charles’s Colline (a philosopher) – a strong pairing that found comedy and pathos with ease, though it was Legg that takes the singing honours; his projection and musical line marks him out as a major talent.

Keel Watson assumed both the role of the four chaps’ landlord Benoît and that of Musetta’s put-upon companion Alcindoro with consummate flair, and Chris Webb really made the tiny part of Customs Sergeant tell! The chorus (not credited) had fun with its interjections, and the young children (dressed in Santa hats) certainly enjoyed the merriment with toymaker Parpignol. This was an involving and moving performance. If Sinfonia D’Amici did not quite have the fullest palette with which to paint in sound Puccini’s vivid landscapes, it delivered playing packed with incident and feeling, La bohème once again as convincing a story as one can hope for.