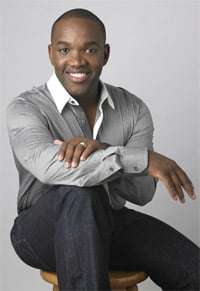 To inaugurate its first season at Wigmore Hall, the Rosenblatt Recitals could hardly have come up with a more attractive singer. In recent decades, America has sent us numerous college-educated, stylistically and musicologically aware opera performers, but Ohio-born Lawrence Brownlee is rather unusual. True, he has the requisite degrees, from Anderson and Indiana Universities, but he is the first true lyric tenor, skilled in florid singing, that I can recall emanating from his country.

The first half of his recital showed that he still has something to learn about giving a concert. A group of Verdi songs was a little unvaried in delivery and could have done with more colour, although there was plenty of bounce and rhythmic verve. I was amazed that a pianist of Ian Burnside’s experience had the piano lid wide open for the Poulenc group – there was so much resonance in this very lively acoustic that it was hard to separate vocal resonance from piano resonance. Brownlee’s singing was rather generalised, which will not do in this repertoire, although he was charming enough. Voyage à Paris, for instance, needs a really debonair, man-about-town kind of performance – I have never forgotten seeing Pierre Bernac, for whom it was written, give a masterclass on it on TV. From Brownlee we needed more forward, ‘speaking’ vowels and consonants and more precise characterisation. 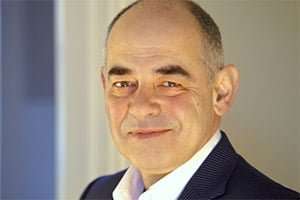 I had the impression that he got one or two of the words wrong, but gave him the benefit of the doubt. When it came to Ben Moore’s settings of Irish poems – two by W. B. Yeats, two by James Joyce – there was no doubt about it. Yeats, who detested having his poetry set to music, would have been incandescent with rage if he had heard his texts being muddled. The songs themselves are very pleasant and will be worth persevering with. By coincidence, I have just been writing about John McCormack. Brownlee could benefit from listening to some of the beautiful enunciation on his records – and from adopting his practice of holding a tiny book of words concealed in his hands.

For the second half of the evening, Brownlee was on much firmer ground. Four Rossini arias – the last, from Zelmira, new to me – were sung with lovely tone, excellent legato and very fine coloratura technique. Awkward intervals were fearlessly and accurately negotiated and high notes well ‘pinged’ out. How we could have done with this kind of singing in the years when we kept being fobbed off with the Luigi Alvas and Nicola Montis of this world (very nice in simple music, at sea in anything tricky). Strangely, the one Italian who could do this kind of thing, Ugo Benelli, did not have the career he deserved; but nowadays we appreciate hearing Rossini sung well.

The aria from Così was very simply and beautifully sung, with nice variations in dynamics and something of a trill (Brownlee could be more positive in this area). An encore, the spiritual ‘Sometimes I feel like a motherless child’, showed us another attractive facet of Brownlee’s voice, a bright, open, almost al fresco sound, quite free of self-pity. Throughout, Burnside was a safe pair of hands at the keyboard.