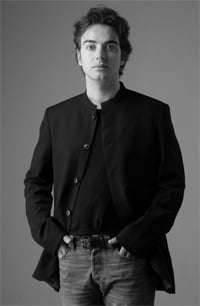 The programme of two Mozart choral works, the succinct, eminently liturgical Vespers and the heavy-weight and incomplete Mass in C minor, was very much in Le Cercle’s preferred area of repertoire (that is, the second half of the eighteenth-century). Rhorer’s light, supple beat and tactfully graceful phrasing elegantly shaped the economic, word-centric style of the five psalms and Magnificat that form the Vespers, which successfully fuse the more direct classical style with the by-then old-fashioned baroque contrapuntalism.

The four soloists, not exactly rushed off their feet, are gradually fed into the work. Sally Matthews seized the operatic moment in ‘Laudate Dominum’, beautifully phrased and breathed, with reassuringly supportive mezzo fullness to her lower range, floated on a substantial vibrato that occasionally tampered with her pitch. The strings’ sound here was agreeably plangent and subtly shaded. The 30-member Les Eléments delivered their hushed accompaniment with great assurance, and in general were nimble and light-voiced.

However, I had nagging misgivings about the rather bland, soprano-squashing sound and lack of finesse with regard to the text, which was reinforced in the C minor Mass, Mozart’s profound homage to Baroque style. The singers didn’t make the balance between intimacy and monumentalism decisive enough. It was nothing to do with the number of singers, which was perfectly adequate for Mozart’s demands. It was more to do with the fact that the UK in general and London in particular are blessed with some charismatic and character vocal ensembles, and Les Eléments, perfectly fluent and making a lovely, finely blended sound, didn’t quite have that edge and range of colour that feeds the words as well as the notes. There was a lack of contrast that made any sense of accumulative achievement, especially in this truncated masterpiece, hard to realise.

The soloists were much more on the button – a sublimely virtuosic and operatic ‘Laudamus Te’ of great quality from Ann Hallenberg and another divine solo from Matthews in ‘Et incarnatus’. The two men don’t get that much to sing, but there was enough to be reminded of Rainer Trost’s attractive, cultivated tone and to become strongly aware of Nahuel Di Pierro’s full, colour-flecked bass-baritone voice and easy stage presence – one to watch out for. Le Cercle boasts some magnificent wind-players, on eloquent form in ‘Et incarnatus’, and there was some very stylishly volatile playing from horns, trumpets and trombones, given plenty of room to breathe by Rhorer’s lyrical, well-paced beat.