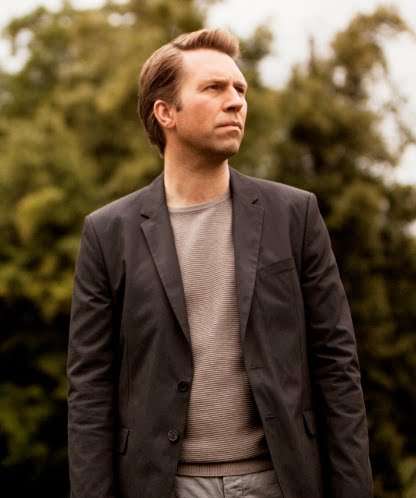 With Leif Ove Andsnes you get what you see: an artist of quiet deportment and no frills, technically consummate, hands close to the keyboard, keenly attuned to the smallest detail, the largest span, the ‘Logi fire’ burning deep within.

In Beethoven’s Opus 31/3 he found both its new way and its past, contrasting assertive declamation and volatile temper with the not so far removed world and wit of Haydn (still very much around in 1802 Vienna). The cumulative impact was splendidly characterised, strong on projection, wide in dynamic range, the clarity and drama of the content beautifully conveyed without resort to gratuitous gesture. The relentless staccato chatter of the Scherzo’s semiquavers was a masterclass in controlled phrased articulation, the cultured economy of pedalling throughout a delight, not a harmony blurred or lost anywhere. The full-throttle attack and quick-silver dialogue of the ‘hunting’ Finale guaranteed a mesmerising finish.

Andsnes doesn’t just play notes; he places them in conceptual and historical contexts. If his Beethoven, given the nature of its writing, was to an extent a study in orchestration – a Sonate pour le Forte Piano, agreed, but with all manner of underlying tutti, wind serenade, string quartet and ‘dry’ connotations – his Sibelius, the discovery of the evening, was a late-Romantic evocation of northern sounds and images viewed through the fin de siècle nuances and wetland horizons of the modern piano. The two Impromptus were particularly spellbinding in their tenderness, throaty voice and rhythmic obsession (back to the knife-edge caesuras of the Beethoven), the sighing rubato of their cadences suspending time (you can tell a composer by his cadences, Ronald Stevenson used to say – a performer similarly). Like the plumaged notes and incisive arrows of the ‘Commodo’ third movement from the Kyllikki lyric pieces, their cut-glass murmurs and bard-like verses stilled the Hall.

In Debussy’s Estampes, palette and refinement of register to the fore, the orientalism of ‘Pagodes’ and the Spanishness of ‘La soirée dans Grenade’ was cleverly suggested rather than milked, the latter unfolding habanera, shadows, whispers and the life of night-alleys in subtle tints of sepia. ‘Jardins sous la pluie’, not a sour note anywhere, benefited from a finely regulated, limpid toned Steinway, responsive to every challenge.

If the closing Chopin group disappointed marginally, maybe it was because Andsnes’s tempos were on the brisk side, depriving the music of a certain breath, expression and phrasing. The Ballades certainly (predictably) had a sense of shape and progression, the Nocturne touches of wistful caprice. But by the end I wanted firmer playing, less feathered pianism, more operatic ring to the melodies, a sense of climaxes growing organically. The generous encore, the A-flat Polonaise (Opus 53), offered amends, with aristocratic staccato left-hand octaves and unflustered legato right-hand lines in the Trio – a cavalry charge to conjure with, energised to the last. Some diminuendos were idiosyncratic. But the clean secco rests of the last three bars were good to hear.